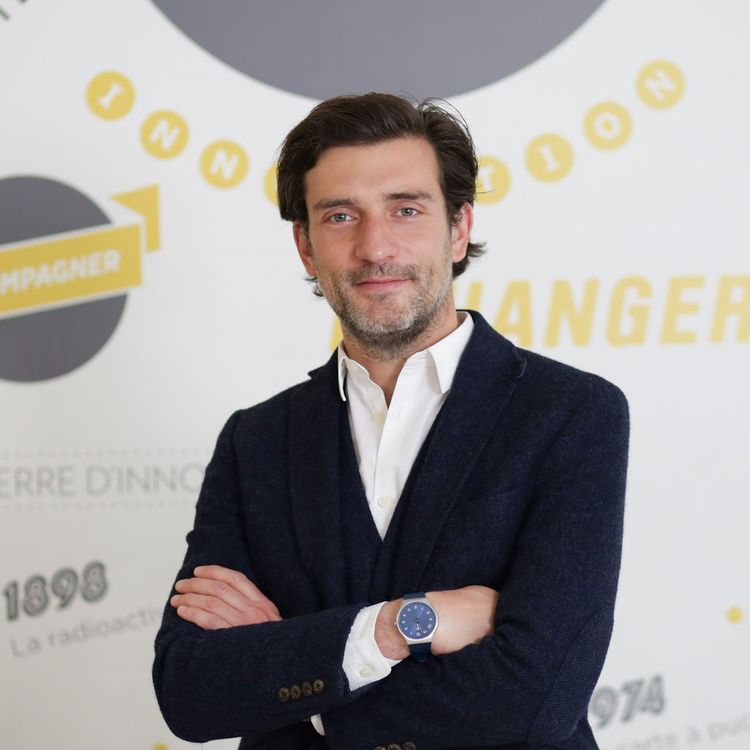 Country of literature, cinema, music, fashion, luxury and gastronomy, pioneer in virtual or augmented reality technologies, leader in the field of video games, France can rely on the vitality and the plurality of its creative and cultural industries (CCI), on a combination of heritage companies and emerging nuggets, artistic crafts and technological know-how. For Bpifrance, they constitute a strategic priority for the country, as explained by Nicolas Parpex, director of the ICC division and pilot of the French Touch plan.

“They represent 5% of GDP and two million jobs, but beyond the figures and trade policy, they raise issues of competitiveness and crucial international influence. It is on the basis of this diagnosis that we created the French Touch and rolled out the Touch Plan to synergize all of Bpifrance’s businesses – innovation financing, bank guarantees and financing, business support, export development – ​​at the service of these companies. And at the same time, our raison d’être as a public investment bank and public funder has led us to animate an ecosystem, a French Touch entrepreneurial movement where all players from all creative sectors find a common playground. »

Bpifrance, in partnership with Team France Export, has built a tailor-made 360° offer and has just launched a program for the internationalization of cultural and creative industries over 12 months. “This responds to a request from companies to benefit from time to impose themselves on a new market”, notes Aurélie Mesnil, who manages the international missions center for companies wishing to export, as well as strategic partnerships within Bpifrance’s Export Development Department. “Our prospecting missions abroad are ad hoc. When they return, the leaders are again caught up in their daily lives, they sometimes lack the availability to transform the professional opportunities born on the spot. Hence the creation of this long-term program. »

Twelve months to take off

The Cultur’Export USA program was mandated by the General Secretariat for Investment, within the framework of France 2030, with the Ministry of Culture and the Ministry for Europe and Foreign Affairs. This support system for cultural and creative industries is operated by Bpifrance and in partnership with Team France Export. “Among the main strategic orientations chosen, there was the question of support for companies, which not only need financing but also gray matter to progress, to be surrounded and supported in their international development. Based on all our experience in supporting companies abroad, we have therefore created and defined this prototype program, a unique tool that combines support, international development and collective dynamics. At Bpifrance, that’s all we like and what we know how to do,” explains Nicolas Parpex.

This first program targets the United States, where the ICC market is booming, and the popular French Touch. “France, for example, is the best and most represented at the South by Southwest virtual reality festival in Austin. It is therefore a very important destination market: the potential is promising for our companies and La French Touch can find very strong resonances there,” he adds.

This first promotion brings together 22 companies, and must lead them in one year to prepare their deployment in the United States. The idea is to create a transversal and collective dynamic, in which coexist a saddler, design brands, fashion and sustainable accessories, performing arts companies, augmented reality, audio-visual content, but also a art gallery and an architecture studio…

“The program is based on three pillars”, explains Aurélie Mesnil: “Individual support for 70 hours with an expert from the ICC and the United States, collective sessions via four two-day workshops where all questions relating to a deployment are dealt with. for export, from transport logistics to intellectual property, know-how and patents, including the choice of entry mode and establishment in the country, taxation, legal matters, recruitment, etc. finally, two international missions in the area, one on the west coast, the other on the east coast, which combine both inspiration and personalized business meetings. All of these three pillars should enable companies to develop or even set up in the area within a year. »

The first of the two on-site missions is planned for the spring, with a tailor-made program for each company in the delegation, adapted to its typology and its singularities. The first workshop was held in early November in Paris at We Are, led by international, US and sector specialists, as well as partners from Team France Export and successful entrepreneurs from overseas. Atlantic. “The promise of the program is to bring together the entire ecosystem and involve the best experts, entrepreneurs and partners in the area”, confirms Aurélie Mesnil.

“Cultur’Export”, a program to carry high and far the creativity of La French Touch