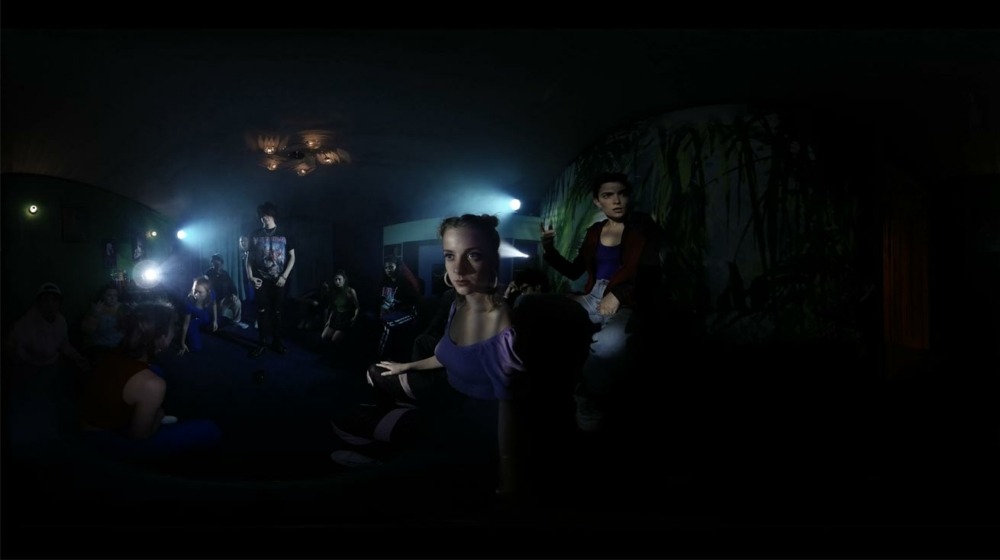 This diptych is a digital and theatrical narrative. The different experiences and digital installations through which the story unfolds, allow us to capture and experience the sensations of adolescents constantly confronted with their vital need for virtual and real social existence among their peers.

This transmedia project immerses the viewer in the virtual and real world of teenagers, before, during and after a party: immersion in their group of friends on Instagram, subjective experience in VR of the party supplemented by various mobile digital installations, finally diving in their internal conflicts during the indoor show. Each proposal is independent. They complement each other.

Émilie Anna Maillet immerses us, through a digital and theatrical narrative, in the virtual and real life of a group of teenagers before, during and after a party. A transmedia project consisting of a play and a journey of digital installations with performance in virtual reality. An immersion in the universe of adolescents, confronted with social representation and social networks. Dizzy.

“Crari or not”, to show off or not to show off. It is starting from the universe and the tools of adolescents that the director builds an “augmented” story reflecting the permanent coexistence of the real and the virtual among adolescents. The company offers a sensitive stroll through digital installations; a discovery of the characters and a dive into the evening where everything will change. Social networks (digital creation of 11 profiles), video presenting the Instagram universe of the characters, playful and literary MCQ allowing you to identify with one of them, or even a special Photo booth applying filters… so many digital modules for create a journey to meet the characters. Come and put on a virtual reality headset to experience the evening through the eyes of one or more young people.

After the journey of digital installations, we find the “real” teenagers in the theater, the day after the evening which, apparently, went wrong. The ten characters seem to have flirted, danced, made mistakes: Anaïs, victim of bashing, Gabriel bogged down in his lies… The show opens with a thread of comments posted on Instagram which reveals the violence of the relationships they maintain under the surface. Everyone will struggle with the revelations that were made the day before, and will try to regain the upper hand in this reality where everything is amplified by social networks and their perpetual notifications. On stage, intimacy is expressed without filter. However, in their emotions, virtual and real merge.