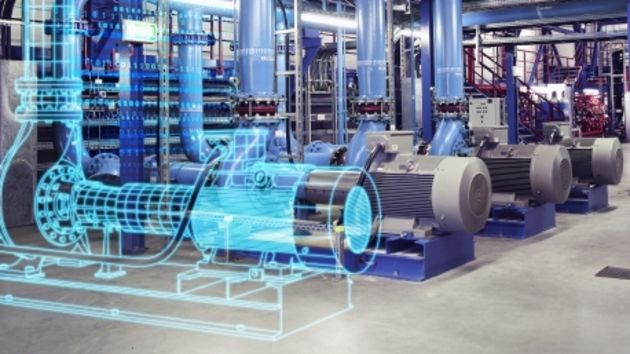 “At the frontiers of reality”, such was for a long time the theme of science fiction novels which, by dint of stories, tended to dissolve the frontiers between two worlds that were once perfectly dissociated: that of sensory reality and that of digital virtuality. These stories anticipated the interpenetration of these two worlds and thus opened up new horizons and new frontiers. Today, reality has joined anticipation: the virtual serves as a gateway to reality thanks to digital twins, also known as digital twins.

Used for decades by NASA to monitor its missions in space, understand, diagnose and correct faults in a machine remotely, this concept has since taken its place in most sectors. The opportunities it offers are indeed considerable, particularly in the field of industry. Be careful though, the integration of a digital twin is above all a collaborative project of digital transformation.

Beyond BIM, the digital twin

In the era of digital transformation, buildings are connected and communicating. BIM (Building Information Modeling) embodies the “vital map” of the entire structure. However, it is no longer enough: this 3D cartography, a virtual representation of reality, will only be able to see its intelligence, or even its digital expression, evolve by adopting the concept of digital twin. It is the one through which data flows pass between real space and virtual space, in a reciprocal exchange of information.

It is a digital and systemic model of an object or a process which makes it possible to reach, aggregate and synchronize all the data related to its needs, its behavior, without having to systematically access the physical model. Its adoption, thanks to a set of sensors linking the different equipment to their 3D representation, makes it possible to reduce costs, monitor the production chain, optimize the maintenance and performance of a service or product, deal with possible material failures and, above all, to innovate. The added value compared to traditional processes is beyond measure, especially since once connected to a physical system, the digital twin will be so throughout its life cycle, thus committing ever more hardware and software reliability. .

Construction and industry, born under the sign of the twin

If the creation of a model is an essential step in the design of a building or its optimization, it is not sufficient without a valuable layer of analytics. Therefore, it appears that by converging with those related to the production chain, the specific data related to the building will make it possible to optimize the entire ecosystem of a factory as a whole. Just as the intersection of IT and OT is now an essential prerequisite for seizing the opportunities linked to Industry 4.0, making building data collaborate and interact with that of the production chain is now a must.

To achieve this, it was necessary to take full measure of what, once established and accepted, seems obvious: the design of the construction of a plant is inseparable from that of its operation. The problems are the same, only the notions of scale differ. The digital twin is the preferred instrument for this fundamental convergence of Industry 4.0. That dedicated to the building will therefore make it possible to think about the construction, to optimize the behavior of the building in the near future, by selecting the appropriate materials and configurations or by proposing modular spaces from the start.

The industrial digital twin will take into consideration all the data related to the container, but, in a global vision, it will necessarily have to go down to a detailed level, to its smallest contents, in other words, its machines and what they can produce.

These are therefore no longer two worlds which evolve in parallel, or even ignore each other – architecture and building techniques, on the one hand, industrial engineering, on the other – but two skills which now integrate their differences into a mix of intelligence that produces all-round optimization and economy. Thanks to the digital twin, there is once again an impermeability linked to the now outdated functioning in silos which is being erased in favor of a greater openness which offers new frontiers, new horizons.

The digital twin, an inexhaustible source of innovation

So in concrete terms, how does this building digital twin/industrialized digital twin work together? Let’s take a simple example: that of industrial ducts. Omnipresent and predominant in the world of construction, it is enough that some are identified on the site, but not necessarily on the plans for an extension project to fall through. This type of problem, which at first seems like a detail, ultimately represents a waste of time and money. Converging the data of these two twins makes it possible to get out of these spaces with unstructured representations and to deliver at a given moment a global vision of the factory.

However, this is only a small part of the opportunities offered by the digital twin. Beyond a perfectly rationalized use of space, it can be used to simulate the installation of an automaton, a production line. It captures the state of production, the machine and its various consumables in real time, and thus optimizes maintenance operations. He is able to make correlations between the performance of two industrial units with similar activities, and to understand the differences in performance. It can even underline certain potentially harmful interferences with the operation of the automatons as a whole.

The digital twin is therefore a valuable tool for anticipation, simulation, decision-making, and also for integration. It is possible to add maintenance data, technical data sheets or data sheets on different components at any time: quick and simplified access to information for the maintenance manager who will be all the more efficient. Another possible scenario: train new employees, using virtual reality, in maintenance operations without them necessarily being on site. Building and production line are now linked by increasingly detailed integration relationships.

For manufacturers of connected objects, the concept of the digital twin is an inexhaustible source of innovation, both in the objects themselves and in the services associated with them. They can show an almost limitless imagination. It remains for the engineering services to let themselves be carried away, and not to restrain themselves.

The digital twin is a concept accessible to all, and all the more judicious for old factories, old buildings which suffer from structural constraints. It federates all the dedicated services in a collaborative spirit to make it possible to get out of these constraints with accuracy and performance by anticipating the future. To adopt it is to show common sense.

Construction & industry, the concrete alliance of the digital twin