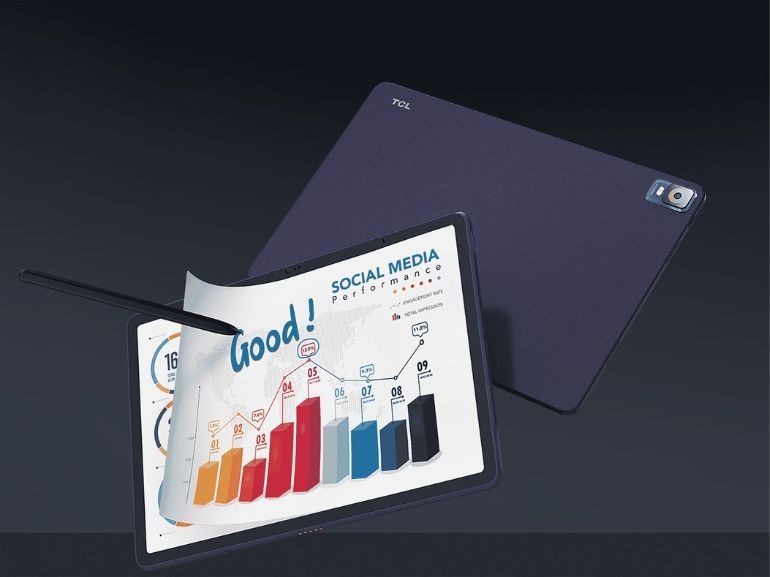 TCL operates its Nxtpaper technology on the tablet Nxtpaper 12 Pro as well as its very first 2-in-1 laptop, the Book X12 GB. The latest version of it, providing like the previous one a rendering close to paper, would ensure a more limited diffusion of blue light (up to 61%) and would offer a higher luminosity (100% more). The company also unveiled another tablet, smartphones, headphones and connected glasses during the CES 2023.

TCL returned to its tablet announced a month ago. It incorporates a 12.2-inch 2K screen, four speakers and two microphones for the image and sound part.

Under the hood, there is a MediaTek MT8771 SoC, 8 GB of RAM and 256 GB of internal memory. The device is WiFi and 5G compatible.

On the photo side, a 13-megapixel back module and a dual 8-megapixel sensor on the front.

The tablet houses an 8000 mAh battery for an announced autonomy of 13 hours, and ensures compatibility with reverse charging. The set weighs 599 g.

Finally, the Nxtpaper 12 Pro can be used with the E-Pen stylus which has 8192 pressure levels.

She is available now in the US from $499. A 5G version will be released later this year for $549. No release in France has been mentioned. 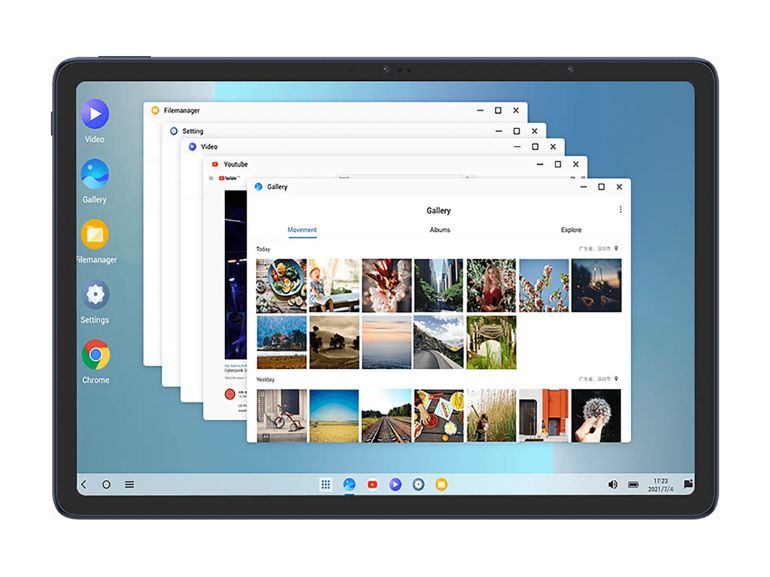 TCL’s 2-in-1 laptop is running Windows 11 Home. It also sports a 12.2-inch 2K display along with four speakers and two mics.

A Qualcomm Snapdragon 7c Gen 2 SoC equips the terminal which is powered by a 30Wh battery. The manufacturer announces an autonomy of 14 hours and the presence of reverse charging technology.

TCL has not communicated a release date or price for France. 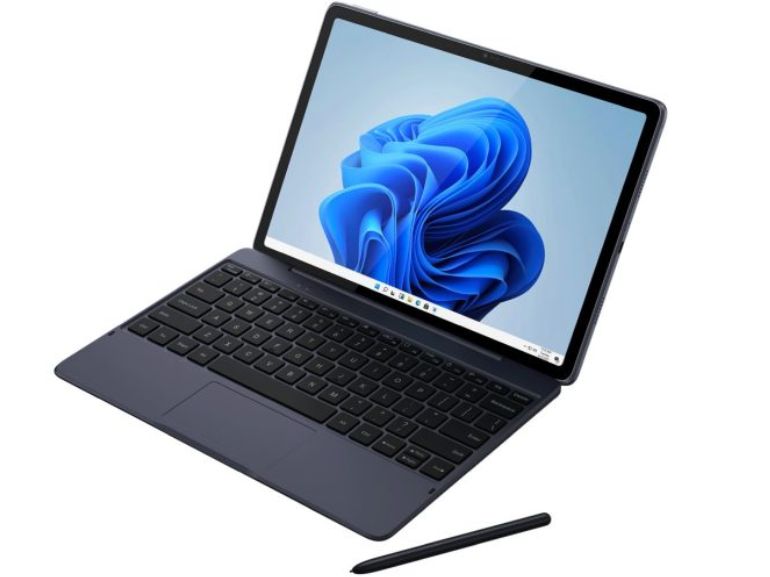 This compact tablet features an 8-inch HD display and dual stereo speakers. It is powered by a quad-core processor and is powered by a 4080 mAh battery. The photo part is provided by a front sensor and a 5 megapixel back sensor. Its 32 GB internal memory can be expanded with a microSD card up to 512 GB.

The slate will be available in the US at the end of the month for $159.

During the’IFA 2022TCL has unveiled the Nxtwear S, glasses that do not use virtual reality or augmented reality, but can replace a television or a smartphone for video game sessions.

They integrate two micro OLED screens with a definition of 1920 x 1080 pixels and would offer the same experience as a 130-inch screen placed 4 meters from us. The connection is wired so the device does not have a battery.

These glasses will be available in Europe in the first quarter of 2023 at a price of 499 euros.

It is the first augmented reality glasses in the world to be equipped with a full color Micro-LED optical waveguide binocular display. They promise a contrast ratio of up to 100000:1 and a maximum brightness of 1000 nits.

The mount integrates the Qualcomm Snapdragon XR2 platform as well as a GPS navigation system using simultaneous localization and mapping (SLAM) as well as gesture recognition.

The RayNeo X2s support Bluetooth and can display message and call notifications. They also support real-time translation. A camera is also included, including an “automatic night mode”.

TCL RayNeo X2s will be available to the developer community in select regions by the end of Q1 2023, followed by a commercial launch later.

The three smartphones unveiled by TCL are based on Nxtvision screen technology and a 50 megapixel photo sensor.

The 40 R 5G is equipped with a 5G processor engraved in 7 nm (MediaTek Dimensity 700) and a 6.6-inch HD+ and 90 Hz LCD screen. The 40 SE stands out with its 90 Hz screen of 6.75 inches and its two stereo speakers. It also offers a MediaTek Helio G37 SoC and a 5000 mAh battery. Finally, the 408 couples its main sensor to a macro and also benefits from a duo of stereo speakers. Its configuration is completed by a MediaTek 6762 and a 6.6-inch HD+ screen whose refresh rate is limited to 60 Hz.

We end with a pair of wireless headphones. TCL sells 9 hours of music listening time, 32 hours with the box and “ultra-fast sound”. The Moveaudio Air are IPX4 certified and each earbud weighs 4.4g.