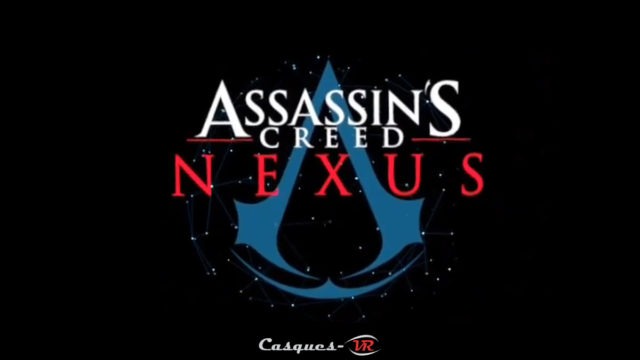 We mentioned as recently as this week the game Assassin’s Creed VR, announced in the same way as Splinter Cell VR in September 2020 but which have not given any news since and which were not present during the This Week’s Meta Quest Gaming Showcase.

Update 04/24/22: The name of Assassin’s Creed Nexus is no longer in doubt following the leak on Reddit of a video of the game’s menu which is currently in beta phase. Other information has also been revealed in addition to the previous ones:

Things seem to be moving on the side of the Assassin’s Creed episode in virtual reality since the famous insider Tom Henderson to whom we owe a lot of information before their official publication has just reveal some information about the project which have the recalls, is the fruit of a partnership between the French publisher and Meta (ex-Oculus).

The first of this information is a title for the first VR episode of the saga: Assassin’s Creed Nexus. According to its sources, several characters from previous episodes will be present and playable in the game: Ezio, Kassandra, Connor or Haytham for example.

Despite the port in virtual reality, everything we love about the series will be present in VR: Stealth movements, pickpocketing, lock picking, fighting of course but also climbing and even the famous jump of the faith. Adaptations have nevertheless been made, in particular for movement with the sticks or in teleportation. For stealth, a noise bar has been added preventing you from teleporting just behind an enemy without being spotted, for example.

On the combat side, the secret blades will obviously be present and you can use them by touching your wrist with your opposite hand. The sword fight will also be part of it, but in a fairly simple way. According to the information, performing the leap of faith in VR with your arms in Test is a real experience all on its own. We can already imagine the videos of the players actually dropping on their ground.

On the content side, Assassin’s Creed should offer 16 missions with several ways to overcome them. The release of the game would be envisaged in the next 12 months. We imagine that it may be Ubisoft that reserves the announcement, perhaps even on the occasion of its Ubisoft Forward event which is generally held in June.

Regarding Splinter Cell VR on the other hand, the game seems to be much less advanced and we should not have this news soon.