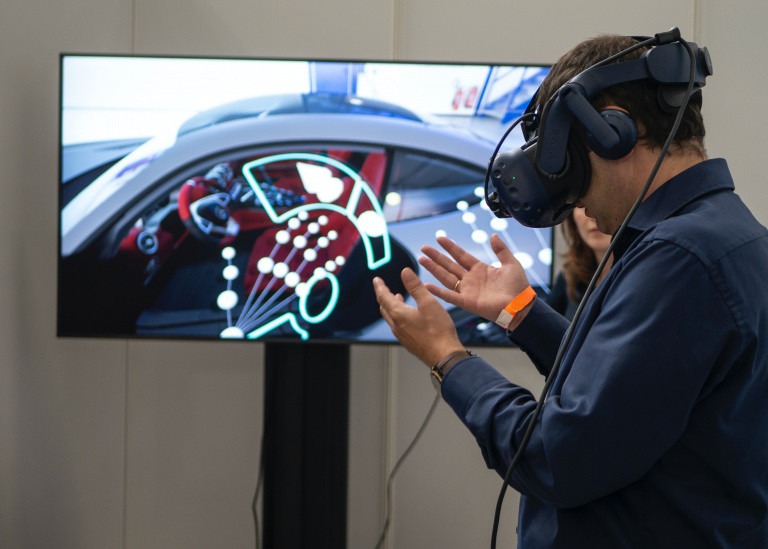 Yes, Apple’s latest Keynote ultimately didn’t teach us anything about realityOS or the apple’s potential VR/AR headset. Does this mean that the Cupertino company has stopped working on these projects? No way. It even seems that Apple is accelerating, thanks in particular to Hollywood.

Apple is a titan capable on its own of taking an entire market to a new dimension. We have seen it for example with connected watches or wireless headphones.

If the apple engages in VR, it is almost certain that it will arrive with a mature technology that the general public will be more inclined to adopt. Undoubtedly, the day of the big announcement of a “mixed” helmet between virtual reality and augmented reality is quite close.

According to the latest most reliable rumors, everything will be done as soon as next year !

Because yes, the question is no longer IF Apple will launch in VR but WHEN the company will finally announce everything that has been prepared for years now. Let’s take stock of the rumours, each more solid than the other:

Like it or not, the metaverses are on the rise, and it’s a shift that a giant like Apple can’t miss.

The latest information: Apple recruits the cream of Hollywood to produce VR content!

While waiting to learn more about the helmet itself or its operating system, new information has just been released around the content that we will be able to enjoy thanks to the next big machine from the Californian brand.

An article published recently in the very serious New York Times talks about the fact that Apple is in the process of recruiting big names from Hollywood to produce content in virtual reality. In others, the name of Jon Favreau has been cited (The Lion King, The Jungle Book, Iron Man, Friends, The Mandalorian…). He is currently working on a VR / AR adaptation of the documentary series Prehistoric Planet (or Prehistoric Planet in English).

As a reminder, with Apple TV+, the Apple brand has become a content producer that relies heavily on the quality of its films and series. Besides, if you like SF, we recommend the Foundations series based on Asimov’s masterpiece.

In 2021, the Best Picture Oscar went to Drama/Western Nomadland: an Apple TV+ production.

VR allows you to immerse yourself in a film in a new way and offers an immense creative field to artists from all walks of life, from gaming to cinema.

In addition to this artistic content, Apple is also working on adapting all of its “classic” applications to the VR format. At least that’s what Mark Gurman says, again he, who speaks of a VR and/or AR version of FaceTime, Apple Maps or even iPhone Notes.

Apple VR headset approaching: the apple hires the cream of Hollywood to create the best content