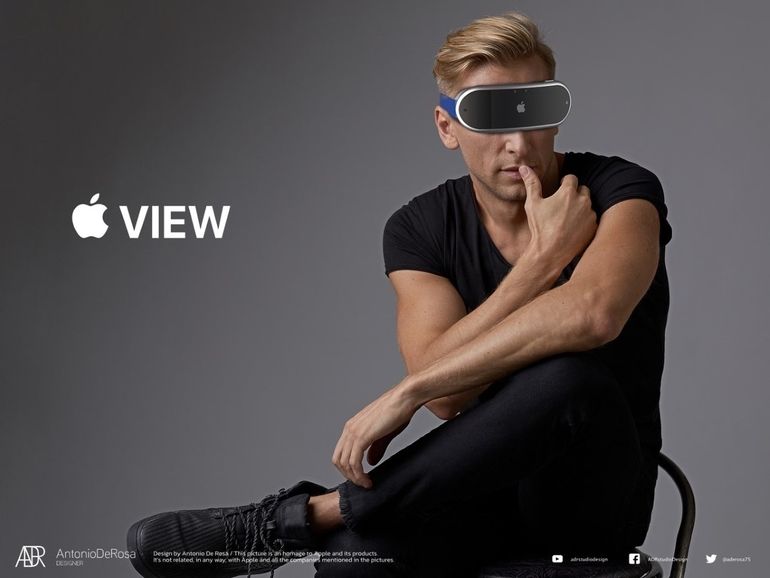 In the first of a series of two forthcoming articles, The Information had the opportunity to talk to 10 people close to the project (most of whom worked in the team) in order to learn more about its progress.

2016, endorsement by the board of directors

The project began in 2015, and it was a year later, in 2016, that prototypes were presented to the board of directors. In reality, it was more of a proof of concept than actual prototypes.

Indeed, some headsets were DIY and used Windows, while others were modified existing headsets. The purpose of the demonstration was to show the board a smooth transition from augmented reality (AR) to virtual reality (VR) in order to gain board support (and therefore additional funding).

For the demonstration, a small rhinoceros appeared in the middle of the table before gradually returning to its normal size. The user environment also saw a gradual transition from the room to a lush forest. An experiment that seems simple today, but that was enough to convince the audience to grant additional funding.

A lack of internal support

Once funding was secured, new technical issues arose. Not that Apple didn’t have the technology to pull it off, but the team struggled to get support from other teams needed for the project.

Jonathan Ive, head of product design at the time, and his team were a big drag. Indeed, his team dismisses the concept of the virtual reality headset, judging it unsuitable for practical use.

This kind of barrier is not uncommon in the development of a project, theiPhone he himself has experienced it. But at the time, the smartphone had a fervent defender in the person of Steve Jobs. For his part, Tim Cook certainly supports the project, but without really supporting it, which makes it difficult to compete with other brand products to obtain staff and technical resources.

With the virtual reality headset project stalled, Rockwell, Meier and Rothkopf set out to look for alternatives in order to gain the support of Ive and his team. The first means imagined was to add cameras to the front in order to no longer isolate the user in his virtual world.

If this step was going in the right direction, it was not enough for the designer who feared seeing people using this kind of technology isolate themselves from the outside world. It was then that those responsible for the project had an idea that swayed the industry.

Known as T429 and long kept secret, an outward-facing display was proposed so people in the room could follow the user’s facial expressions and see their eyes.

A “small” detail that was enough to lift the concerns of the industrial design group and relaunch the mixed reality headset project.

In conclusion of its first article, The Information mentions a “pivotal moment for Apple’s headphones” in 2019. It was at this moment that the team, under the reluctance of Jonathan Ive, would have decided to switch to a mixed helmet less powerful, but more independent that does not require a base station.

This pivotal period should, according to The Information, be the subject of a second article.

In the meantime, find everything we know about Apple’s virtual and augmented reality projects in this dedicated article.

Apple Mixed Reality: why the project has been skating since 2015 – CNET France