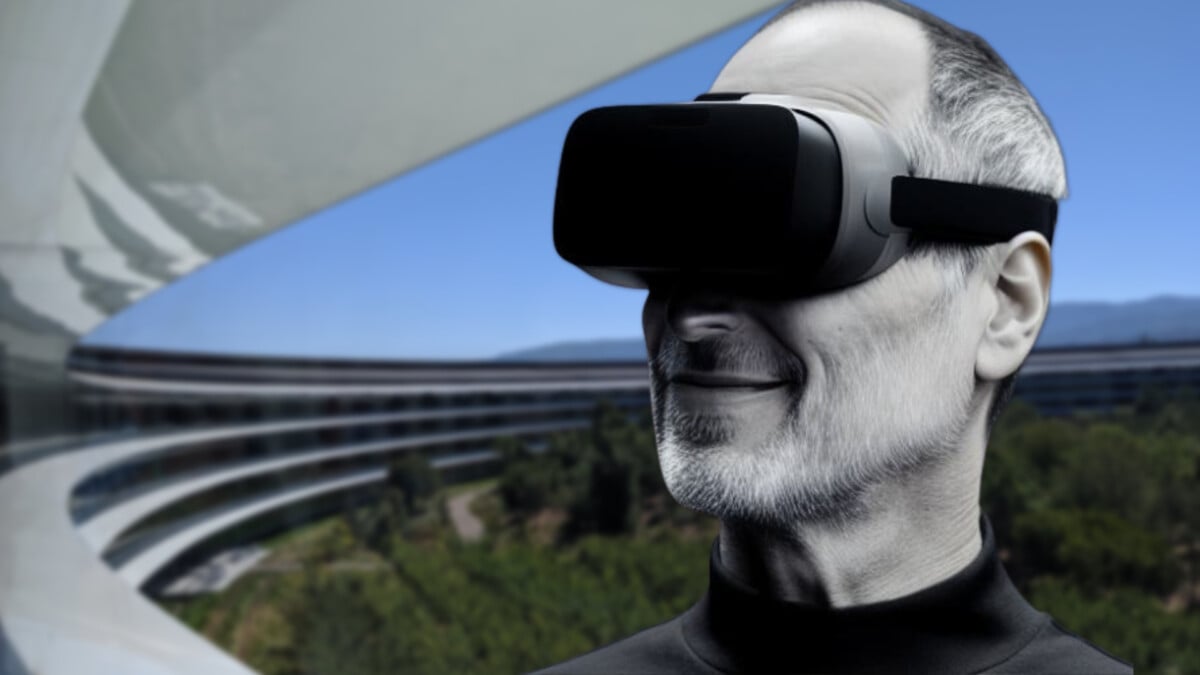 The media The Information reveals a lot of information about Apple Glass, the highly anticipated virtual/augmented reality headset. We discover several technical details on this device which could popularize the genre when it is released.

The connected glasses ofApple are really long overdue and although we have been hearing hallway noises for years, the Apple Glass remain discreet. If the VR headset/AR from Apple is long awaited, it’s because we know how much the manufacturer could upset the sector when it gets into it. Media specializing in technology industries The Information — relayed by mixed — revealed a lot of details about this helmet “ XR (for mixed reality, mixing virtual reality and augmented reality).

According to The Informationtherefore, the helmet would be made of aluminum, glass and carbon fiber. It would be powered by a waist-mounted battery that could be replaced during operation. This point should be particularly interesting since, in this way, the weight of the device on the head could be quite moderate. The final design would also have been designed by Jony Iveformer head of design at Apple, who no longer works for the brand.

On the hardware side, we would be entitled to two processors: a SoCs (it could be the M2 chip) as well as a video processing processor (ISP), both engraved in 5 nm. The latter would broadcast the images from the cameras of the helmet pointed outwards with low latency. There would also be an H2 chip that is usually found in the brand’s audio products, precisely to transmit the audio signal to the AirPods Pro. Note that there will be no jack socket, you will have to go through wireless headphones or one bluetooth headset.

The helmet would be fitted with two LiDAR scanners ” for short and long distances as well as more than a dozen indoor and outdoor cameras. For The Information , even the helmet wearer’s legs would be filmed. Eye tracking would also be part of the game, with a rendering function called “ foveated » : only the exact point of focus of the user would benefit from all the graphic details. This saves computing power and by extension reduces energy consumption.

One could, however, use speakers built into the headband, although mixednotes that ” their sound is audible to outsiders, which can pose a problem in terms of confidentiality“. A headband that would be madein a material similar to that of the sports bracelets of the Apple Watch “. It would not be the only element that we would find connected watches, since there would also be a button to switch from the virtual world to the physical world in one click, without haptic feedback.

The Informationfurther indicates that corrective lenses could be inserted into the helmet using magnets, for people with sight problems. Also, the distance between the lenses and the eyes would automatically adapt via motors. Apple’s XR headset’s field of view is said to be 120 degrees.mixednote that it is a little more than the Meta Quest Pro (106 degrees).

As for the headphone control, Apple would like to use the hand to avoid the clutter of peripheral devices. However, the builder would think of a stick or a kind of thimble. A priori, no joystick would be provided. VR experiences will run on the Unity game engine. Apple is indeed a partner with the developer of the platform.

iOS applications will be able to be displayed in 2D on the screens of the helmet. In the uses imagined by Apple, there is videoconferencing. For this, the brand would imagine realistic user avatars that would reflect the movements of the face and body. Presumably Apple wants to do better than what meta is doing with its avatars todaythe latter having been strongly mocked on social networks.

4K and Oled screens for these virtual/augmented reality glasses

The media that reveals all this information also confirms certain rumors that we had already heard about. On the side of the internal screens, it would be micro Oled 4K panels from Sony, one per eye. For the peripheral view, there would be LG screens.

In addition to that, the Apple Glass would have an outward-facing screen to broadcast the wearer’s facial expressions. Formixed“this feature is supposed to reduce the feeling of isolation when the helmet is put on“. To consume as little power as possible, it would have a low refresh rate and some sort of modealways-on.

Several configurations would be available, for a price of around 3000 dollars. According toThe Informationalways, the initial launch was planned for 2022 and Apple’s contractor Pegatron is said to have built several thousand models for prototyping purposes.

Apple Glass: a little trick would allow the VR headset not to weigh too much