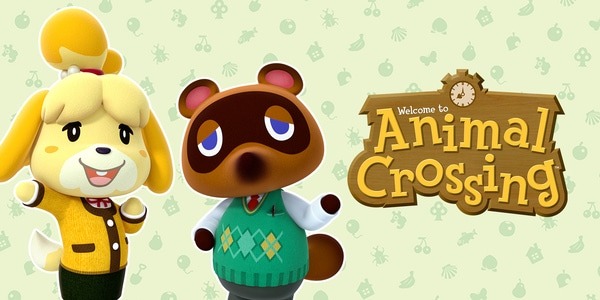 For some time now, the enthusiasm for the Animal Crossing game has continued to grow among both children and adults. The title was released on March 20, as the latest installment in a series of Nintendo games dating back to 2001. And today, there’s a whole Instagram community focused on Animal Crossing fashion. But what is the game really about? Why does everyone seem to like it so much? How to play it?

“Animal Crossing: New Horizons” is one of the most popular gamesand the best known, for the nintendo-switchthe Switch Lite and the Switch OLED. In the game, your mission is to bring civilization to a desert island. You will be provided with some basic tools. And to build the city of your dreams, you will have to search and save goods and natural resources.

You may have already gotten into the game, or you may have recently added it to your library. Through this article, we tell you everything there is to know about the game. We also have some tips to help beginners get started after loading up this game for the first time.

Animal Crossing is a series of video games created by Katsuya Eguchi for Nintendo. You live in a village inhabited by talking animals. Throughout the adventure, you can control your own avatar. Originally the game was released in 2001. But it got a major boost in popularity when Nintendo launched “Animal Crossing: New Horizons” for Nintendo Switch in March 2020. This new version allows players to explore their very own tropical island.

One of the most fun aspects of the game is all customization possibilities. The game begins by allowing you to design your player character. You can name it after yourself and change its appearance with clothes, accessories and hairstyles to look like you.

You can also furnish and decorate your player’s house as you wish by purchasing furniture and selecting wallpaper and floor designs. Players can even choose the name and anthem of their village, as well as slogans for certain inhabitants.

Animal Crossing is designed to open gameplay. This means that the players have no real objectives. Instead, they are allowed to chat, play, and barter with other villagers as they wish.. Collecting objects such as fruits, shells and thrown objects, is also an important part of the game. In fact, these objects can be exchanged for bells, which are the local currency.

The bells allow you buy furniture and clothes to further stylize your avatar and home. And you can even use Bells to invest in the “Stalk Market”, the fun version of Animal Crossing on the stock market.

Why is the game so popular?

It all just comes down to the fact that it is a carefully designed gameproviding a soothing, social and imaginative experience. It appeared just when we needed it most.

The game allows connect with the community, something that has been taken away from most people during the coronavirus pandemic. That being said, it still would have been a hit with or without the pandemic. Other than that, visually, Animal Crossing is very simple but nice to look at. It is suitable for both children and adults. According to Nintendo, one of the main gamer demographics is people in their 20s and 30s.

The game also happens in real time and has a non-linear nature. Because of this, players decide when they want to do things and how they want to do them. That’s probably one of the reasons it’s so popular. But that’s not all. Animal Crossing also encourages creativity allowing players to modify and decorate their island as they see fit.

Although there is a basic storyline to follow, what you do in your new escape is up to you. Among other things, you can try to catch rare and fascinating fish, dig up fossils, design your house, create sumptuous gardens or sit and watch the night sky, waiting for a shooting star to pass by. It’s your own little world. You lead the game as you wish.

At first glance, the game seems quite simplistic. But it’s much deeper than it seems. To get your adventure off to a good start, here are some essentials to know.

When you first enter the game, four randomly generated map will be presented to you. These will be your home island. So you have to choose one. If you don’t like any, you are free to quit the game and then restart. Other options may be available to you.

The best alternative is to select a card with at least one large open space by the sea and surrounded by a river. Above all, make sure you settle on an island that you like the look of. Also keep in mind that if family members are planning to play using the same Switch, they should have a say in it as well.

Effectively, they will also be stuck in the same place. Finally, it is to know that when you name your island, it will be impossible for you to change it later.

Once this step is completed, you will receive a tent and basic supplies. He is time to find suitable ground on which to place it. Remember that your tent will eventually become your home and garden. Therefore, one must have enough space to expand.

You will then be asked to locate plots of land. There, a couple of neighbors can settle down. You also need to find locations for the Nook’s Cranny Shop and the Visitor Center. Avoid at all costs placing the museum (for example) directly in front of your own house. Once built, you might see it obscure the view of your home in the direct isometric view. When you’ve finished crafting a proper axe, you can chop down any trees that get in your way.

Items not to be sold

At some point, you have to look for items to sell. Our best advice is to keep all the fossils that you dig up. It is the same for the original insects or fish that you caught. Blathers, the museum owner won’t give you a penny for these items. Nevertheless, they will look great on display. Rather, it is recommended to bring them back to Residents Bureau Chief Tom Nook.

If you don’t sell the items, you can still book for crafts. Items like stones, woods, clay, and other resources found on the island might come in handy over time. Finally, do not put on sale nuggets of iron or clay. These materials are difficult to acquire and you will necessarily need them later.

As mentioned above, when starting the Animal Crossing game, you will only have a few tools. This means that the number of inventory slots in your “pockets” is big enough. However, as you gain more crafting skills, you will need more space.

If you explore other islands, you should make sure you have enough empty slots. You will need it for all the new resources you will unearth. However, be aware that items dropped around your island will not disappear. They will stay there indefinitely. And when you finally have a home, you’ll have storage space for anything you don’t want to take with you.

Communicate with your neighbors and look for guest visitors

In general, visitors always reward you with household items or clothing. Other than that, communicate as often as possible with your neighbors. The latter can also surprise you with articles.

Also, don’t forget to look up from time to time. You will be able see an aerial egg pass. This happens very regularly. Be careful. When you hear a breath of wind, a package attached to a balloon must be somewhere. To catch it you must use a slingshot that will pop the ball. You will see the package crashing to the ground. However, be careful not to burst the balloon above the water to prevent the package from sinking.

Explore other islands in Animal Crossing

It is possible to explore other islands to find items or resources that you don’t have on yours. To do this, redeem 2,000 Nook Miles for a ticket. At the airport, ask to visit another island. You will land on an island similar to yours. Note that there is no time limit to stay there. And you will be able to gather new resources.

Before starting the trip, empty your pockets. Get rid of anything unnecessary. You will need spaces for new insects or fish. In addition, you cannot return twice to the same island.

On each island there are a different type of fruit. You can pick them up and then plant them on your own island. To achieve this, you need to dig a hole and sow one of the types of fruit in it. You have to wait about three days for a new tree to appear.

Watch out for wasps and spiders

Like all islands, you are not safe from wasps and spiders. If you shake a tree a little too much, you risk hitting a wasp nest. And to recover from a nasty bite, you’ll have to look for medicine. Some caution is therefore recommended.

Bef, Animal Crossing: New Horizons is an amazing game with so much depth. The recommendations we have provided are just the tip of the iceberg. But by playing the game, you will find out for yourself. We hope that our advice will help you to better start the adventure.