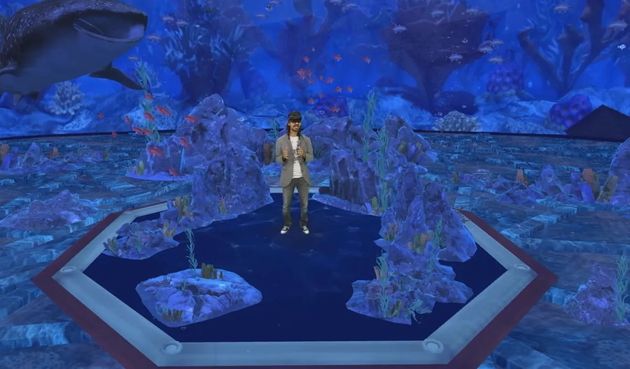 Microsoft technical team member and father of the HoloLens Alex Kipman is leaving the company after 21 years in the business. Alex Kipman’s departure is part – or more likely, the cause – of a further reorganization of Microsoft’s cloud and artificial intelligence unit.

This departure comes just before the start of Microsoft’s staggered 2023 fiscal year, on 1er July, and allows Microsoft to provide an updated explanation of what it is planning in the metaverse space. In fact, maybe we’ll hear more about it at the company’s next annual Inspire Partner Conference in mid-July.

Alex Kipman’s departure was reported this week by Business Insider and GeekWire. GeekWire released the memo from Scott Guthrie, VP of Cloud and Artificial Intelligence, outlining plans to split the HoloLens group in two, with the hardware team joining the Windows and Devices group under Panos leadership. Panay and the software side joining Experiences and Devices to advance the company’s work on Mesh and Mesh for Teams. According to Scott Guthrie’s memo, Alex Kipman will help with the transition over the next two months before leaving Microsoft. Business Insider had recently published an article reporting on Alex Kipman’s alleged “toxic behavior” towards women.

The HoloLens has repositioned itself over the years

The HoloLens, which Alex Kipman announced in 2015, has seen a number of positioning changes over the years. Originally, Alex Kipman (and presumably other Microsoft executives) saw the device as essential to Microsoft’s consumer vision. But over time, Microsoft officials quickly realized that the device’s financial hopes were firmly entrenched in the company.

However, Alex Kipman continued to fuel the idea that the HoloLens would have a great future for consumers in his interviews and presentations.

Microsoft’s largest HoloLens-related contract to date — for the U.S. military’s Integrated Visual Augmentation System, a 10-year, $22 billion contract — was encountered various obstacles, leading some to wonder if it might be cancelled. In Scott Guthrie’s reorganization memo from Alex Kipman, he notes that the Integrated Visual Augmentation System (IVAS), a U.S. Army program to provide virtual reality (VR) headsets to soldiers, was officially approved by the military to enter the operational testing phase, which he called “an important milestone for the team”.

Towards a corporate metaverse?

Last year, Alex Kipman made headlines when Microsoft announced Mesh, its Azure-powered mixed reality platform. A few months later, Microsoft presented its initiative Mesh for Teams, through which users will be able to meet in virtual spaces organized using Mesh and Teams. This explains why the services and collaboration part of the HoloLens team will fall under the responsibility of corporate vice president Jeff Teper, who is in charge of Teams.

Microsoft CEO Satya Nadella believes that there will be multiple metaverses in various fields, from gaming to commerce. The company has refined its enterprise metaverse strategy over the past two years, through which it attempts to position a variety of products and services, including HoloLens, Mesh, IoT (internet of things) services, and digital twins, as key components of its enterprise metaverse stack. At Build last month, Microsoft unveiled its Azure Digital Twins 3D Scenes Studio, designed to help businesses create immersive 3D visualizations.

What Microsoft didn’t announce at Build (perhaps because of the negative publicity around Alex Kipman in May?) is the long-awaited preview of Mesh for Teams which is slated for 2022. premiere will bring Teams a set of pre-built immersive spaces for things like meetings. In his revamp memo, Scott Guthrie says Microsoft and Accenture unveiled an immersive experience built with the Mesh software development kit for leaders to collaborate on global issues.

Interestingly, the latest revamp involving HoloLens doesn’t have a consumer or gaming component. rumors that Microsoft and Samsung could collaborate on mixed reality hardware that would be more consumer-focused than HoloLens has become. But for now, Microsoft’s metaverse strategy is deeply entrenched in the company, and the departure of Alex Kipman seems to cement that strategy.

After the departure of the father of the HoloLens, Microsoft redoubles its efforts on the metaverse