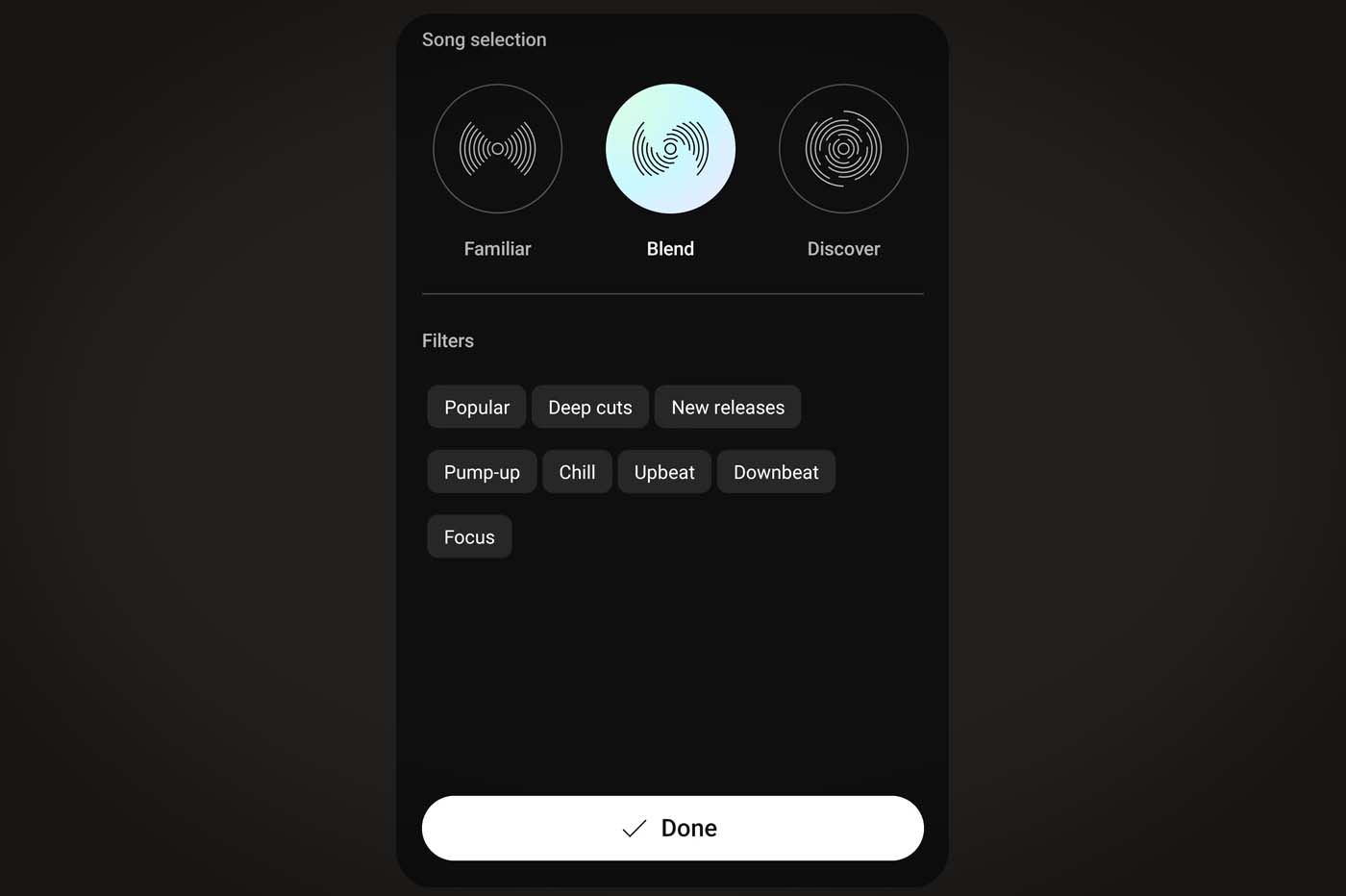 If you use Spotify, or Apple Music, you are already familiar with the concept of “personalized radios”. The basic idea, launched by Spotifyis to continue playing beyond a given playlist or play songs similar to one you particularly like. Whether on Spotify or Apple Musicit is possible to touch a song from the mobile application, for example, and select the option in the menu to “create a radio” or station according to the chosen wording, which will immediately display a list of tracks generated with a pinch of artificial intelligence.

This kind of feature is very handy for quickly discovering more music that you are likely to like. However, it is not possible to personalize the experience, beyond the choice of the song which inspired the list or the playlist that the application seeks to stretch. YouTube Music is developing a slightly different system in this area – which is starting to appear among some users. For the time being, however, the functionality is not official: it is obviously a test before a probable later launch among all users.

YouTube is testing custom radios in the mobile app

According to Reddit user u/notjhoan, who reposts several screenshots of the feature, a “Create a radio” card appears upon opening YouTube Music for people who take part in the test. Pressing the + button opens a new screen that prompts you to choose artists you like, much like when you first open YouTube Music, to generate other personalized/discovery playlists.

The next screen offers to select between three listening levels: Known Songs, Blended, and Discovery (Familiar, Blend and Discover). Filters like “New releases” or “Popular” allow you to further indicate the kind of tracks you want to listen to on your radio. Once these items have been selected, your Radio will appear in an “endless” playlist. YouTube Music specifies that this one is “constantly updated” to never listen to the same thing twice.

According to early feedback in the thread on Reddit, the feature seems to still have some bugs, which seems normal and acceptable for a feature in the testing phase – provided of course that everything works as expected at launch. . For now, again, this is an A / B test and it is not known when YouTube will offer the novelty to all its users. However, we can only point out that with the presence for years of particularly effective alternatives from the competition, in particular Spotify, the platform would do well not to drag its feet too much…

YouTube Music is reinventing personalized “Radios”, how does it work?