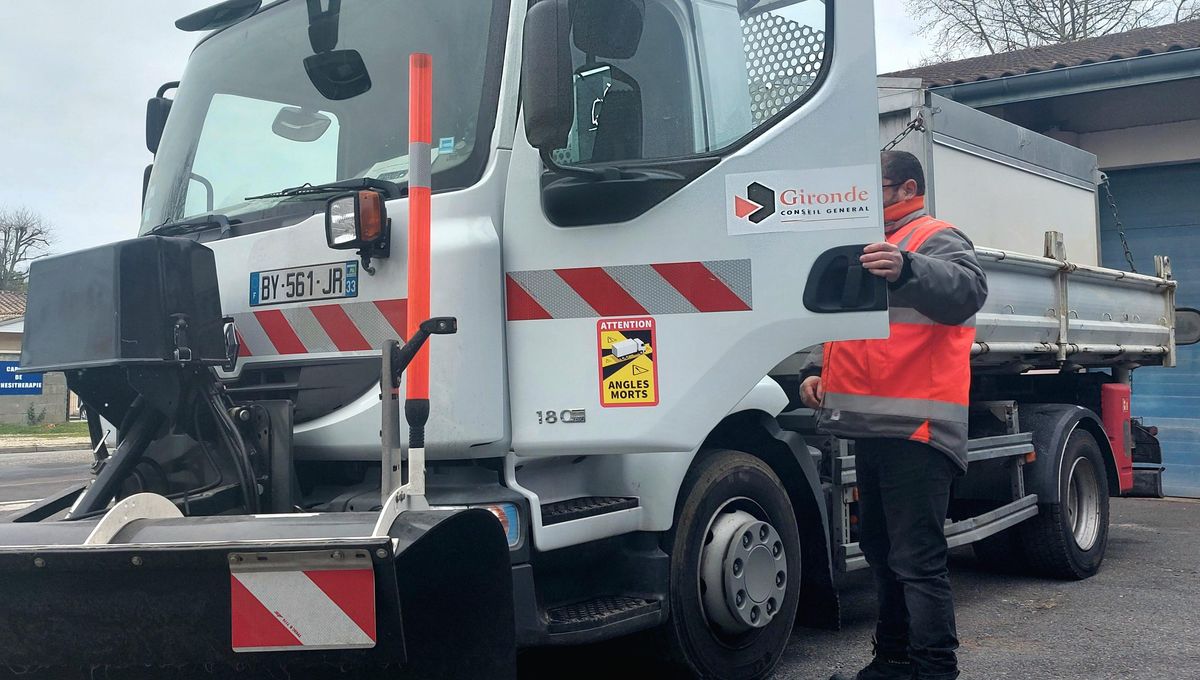 Who loves well chatises as well. A week after the white coat that covered the Gironde last Wednesday
a first for ten years, the road agents of the department are preparing for new snowfalls this Thursday morning. “The snowplow is not rusty“, assures Pascal Barillet, the head of the road center of Castelnau-de-Médoc.

“When it starts to fall, we’re like everyone else, we’re happy to see the snow“explains Fabrice, one of the 68 agents responsible for monitoring the 1,100 km of departmental roads in the Médoc. “We are like childrenadds Patrick Eckem, the coordinator of the Castelnau operating center, then in the second that follows, we realize that we are not going to have fun for a while”.

If the “check-up” of the snowplow is reassuring, on the other hand, certain stocks of “salt have not been used for a long time, a crust forms on it which becomes hard and can block the machine“. A replenishment of salt during the winter watch made it possible to avoid any engine failure. Admittedly unaccustomed to snowfall, the Médoc road agents are nonetheless ready to desalinate. “We act for the continuity of public service.”

“I imagine that the snowplow had to be dusted off”

“Do you have snowplows in Gironde?“, jokes Fro Kloble on the Facebook page of the Gironde departmental council. “With three centimeters, it is expensive per centimeter to clear snow“, remarks Alan. “The Canadians are going to laugh again“, continues Sylvie. The comments, willingly teasing but never mean, did not make Fabrice, the former Médoc patroller, laugh.

“Les Bronzés ski, it’s them! People spoof us on the internet, it makes some people laugh on the internet but in fact, who cares! Les Bronzés is them“, launches the man in the orange vest. “Them“It is the Girondin motorists who drive”anyhow“.

“The major problem we encounter is that people are not used to this type of weathersays Pascal Barillet. In terms of snow, it’s a problem, but the worst is the ice. In the mountains, people know very well that if it has snowed a lot, we will wait for the snowplow to pass and we get behind and everything goes very well. Here, this is not the case. We end up with vehicles across, especially heavy goods vehicles blocking the roadway.

The other difficulty for the agents remains the lack of staff. “You should know that there is only one patroller to monitor 1,100 km of Médoc roads“.

IN PICTURES – Snow back in Gironde

“You have snowplows in Gironde!” : Medoc road agents mocked on the internet