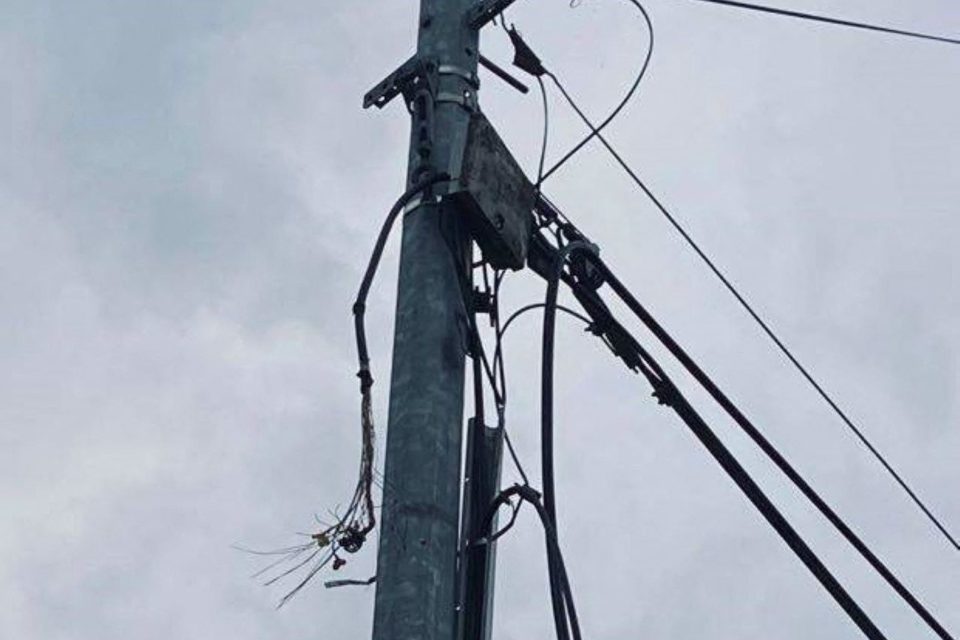 
The Little Blue
See my news

“An incident disrupts the internet network in your neighborhood. The resolution is estimated on September 1 at the end of the day. Please leave your Livebox switched on to facilitate the repair. In the small hamlet of La Menais, Pleslin-Trigavou, the story began like this. Or almost.

A few days earlier, on August 22, the thirty or so inhabitants suddenly found themselves without internet or landline. “It’s probably due to works”, testifies a resident, Bénédicte Tribalet, “a small house was destroyed on the side of the road, perhaps an electrical transformer and, since then, we see threads hanging down on a pole, the telephone cable is broken.”

Residents immediately report the outage. Technicians then go to the scene, as announced by SMS, but nothing changes. “We were told it was fixed…”, recalls Bénédicte Tribalet.

Re-report. The resolution of the problem is then estimated at September 5th. The Orange technicians seem, once again, to have moved… for the same result. Re-re-reporting. There, the content of the SMS sent by Orange is modified. “We meet difficulties to resolve your internet outage. The resolution is postponed until September 6.”

However, on September 6, nothing will happen. No more than September 14, 17 or 21, dates planned by the operator to resolve the outage following various alerts from subscribers. And whose subscribers were notified by SMS, every time. Last scheduled date, September 27, before a new SMS is sent to consider a resolution on October 6, i.e. almost a month and a half without internet.

“We are all helpless”, recognizes the Pleslinaise, subscriber to Free to whom she declared the incident, “but we cannot get someone on the phone”, she laments.

Bénédicte then contacts the town hall where she is made to understand that this breakdown is not within the purview of elected officials. The inhabitants are left to their sad fate of castaways from the telephone network. Because who says internet failure includes no wifi at homeso many uses on screens, but also TV.

At the beginning, it was good for us to disconnect, but there, we suffer and we realize that we are dependent on the Internet for everyday life.

“Virtual” textbooks for middle and high school students, online games games after school just like various professional or associative ‘clouds’, the inhabitants of La Menais begin to find the long time without having access to it.

4G does not always go to the countryside

It does exist 4G solutions, including supported by the operator, provided that 4G passes. “With us, it’s not at all the same speed as wifi and it doesn’t solve TV problems. We are in the countryside! »

As for teleworking, Bénédicte Tribalet had to find it to reduce or “squat left to right for half a day.” Those who have steps to take online also find themselves without a solution, such as auto-entrepreneurs.

When will this be resolved? We have no response. Some residents have even been hung up on!

In Plouasne, long crossing of the desert

About thirty kilometers away, in Plouasne, south of Dinan, two families face a similar problem. A farmer allegedly pulled out the telephone wire after work… on August 10. This makes almost two months that Aurélien Le Breton and his neighbor are deprived of internet and landline telephone.

“Orange came to the site for the first time to take photos and measure the torn thread. A few days later, another team came back to do the same thing, telling us that they didn’t know that someone had already come… Then they put the wire back on three weeks ago, but they didn’t. not reconnected in the right placetherefore, it does not work”, retraces, wearily, Aurélien.

For three weeks, the two neighbors have had no news. They succeeded to join SFR who gave them an appointment on September 26 to resolve the problem, but no one came. Another intervention is scheduled for the 29th, but the Plouasnais no longer believe in it.

We get carried around on the phone when we call them, but nothing happens. Contacted, the mayor does not seem to want to intervene. We don’t know what to do anymore…

Aurélien’s companion, often teleworking, must find the little corner of the house, which is not always comfortable; where 4G workse. “Again, we are fine, we have satellite TV”, tempers Aurélien, “but the neighbor has had nothing for almost two months!”

In Guenroc and Saint-Maden, a few kilometers away, the internet cut has also been going on since the end of August. There, the elected officials took the bull by the horns, but the resolution of the problem does not advance.

Several breeders in the sector are also affected. Their biggest source of concern comes from the absence of alarms in pig farms.

The problem is no longer having alarm supervision due to the removal of the fixed line. If, for example, there is a breakdown of ventilation likely to cause animal mortalities, an alarm is triggered and allows me to be informed instantly via the telephone. I can therefore intervene immediately, day and night. As I no longer have a telephone line, I no longer have any surveillance. It’s a stress, a great concern, arriving at the farm “, testifies Olivier Desportes, pig farmer in Guenroc, who regrets the lack of information from the operator.

I have no message, no information from the operator despite a professional contract. My last login was on August 27 at 2am.

On the Orange side, the situation seems to go beyond the operator.

“In Guenroc, it’s cable theft attempt which caused damage over more than 5 km. The cables, in the ground, are damaged on several sections and we must therefore to dig. it takes time and it will take a few more weeks”, we explain at the operator who offers 200 GB to its subscribers on their mobiles or an Airbox to those who are subscribed elsewhere while recognizing “it’s true that ‘there may be limits to 4G if you live in a hollow or if the walls of the house are thick…”

As for the other two municipalities, Pleslin and Plouasne, Orange did not comment on the reasons for such a delay in having its cables repaired.

However, since the publication of our paper edition, Le Petit Bleu of September 29, 2022, the inhabitants of Pleslin seem to have found their line…

Was this article helpful to you? Know that you can follow Le Petit Bleu in space My News . In one click, after registration, you will find all the news of your favorite cities and brands.

Without an internet connection for more than a month near Dinan, users ready to ‘freak out’