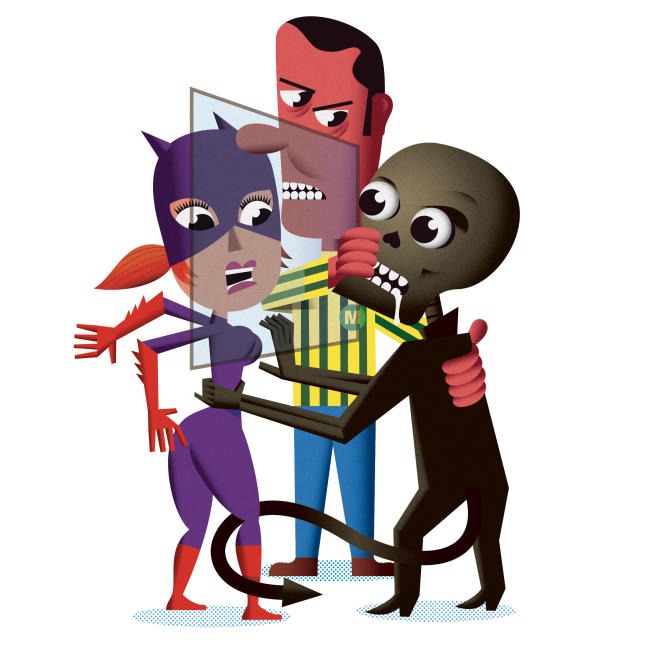 After a few minutes of immersion in Echo VR, a sports game in virtual reality, we hear our first insult. In the reception room, intended for people who have not yet started a game, a player yells at another at the microphone. He suggests to him, first, to him ” suck anus », before continuing with racist insults. Our guide, a regular atEcho VR, promises us: usually, it’s not so terrible. On our side, it is difficult to determine if it is a joke between friends or if we have just witnessed a real attack.

In October 2021, Mark Zuckerberg, founder and CEO of Facebook, announced that the goal of his company, renamed for the occasion Meta (in ancient Greek, “beyond, after”), would henceforth be to create a “metaverse”, an immersive and persistent world in which Internet users, equipped with virtual reality headsets, could evolve thanks to 3D avatars. An announcement that also highlighted projects from other platforms, already developing their own “metaverse”.

She also revived a fear: that of assault, including sexual assault, in virtual reality. Andrew Bosworth, CTO of Meta, himself acknowledges that harassment in a metaverse is “an existential threat” for his company’s ambitions, according to a confidential memo revealed in November by the FinancialTimes. He also admitted that large-scale moderation was “virtually impossible”.

“The shock is the same as in real life”

These questions are, however, not new. Examples of sexual assault in immersive worlds, whether or not virtual reality experiences, are plentiful. In 2016, a shooter user QuiVR said in a blog post that he had been touched in the chest by another player. And as early as 1993, an article by the American journalist Julian Dibbel, “A Rape in Cyberspace (“A rape in cyberspace”), described how a member of an “MOO” (Multi-user dimension Object Oriented), an online community based on text exchanges, had forced other gamers to perform simulated sexual acts.

More broadly, according to a recent study by the Ipsos institute, 41% of French people (and 81% of 18-24 year olds) have already been victims of online violence. “In a sense, bullying in metaverse is driven by the same factors that we see on other platforms: we feel disconnected from the consequences of our actions.explains Katherine Cross, an American researcher in information sciences at the University of Washington, specializing in online harassment. But there is a fundamental difference, which can make this experience much worse: virtual reality is designed to make us believe that what we are experiencing is true. »

You have 64.46% of this article left to read. The following is for subscribers only.

With the metaverse, a new step in the difficult fight against sexual assault on the Internet