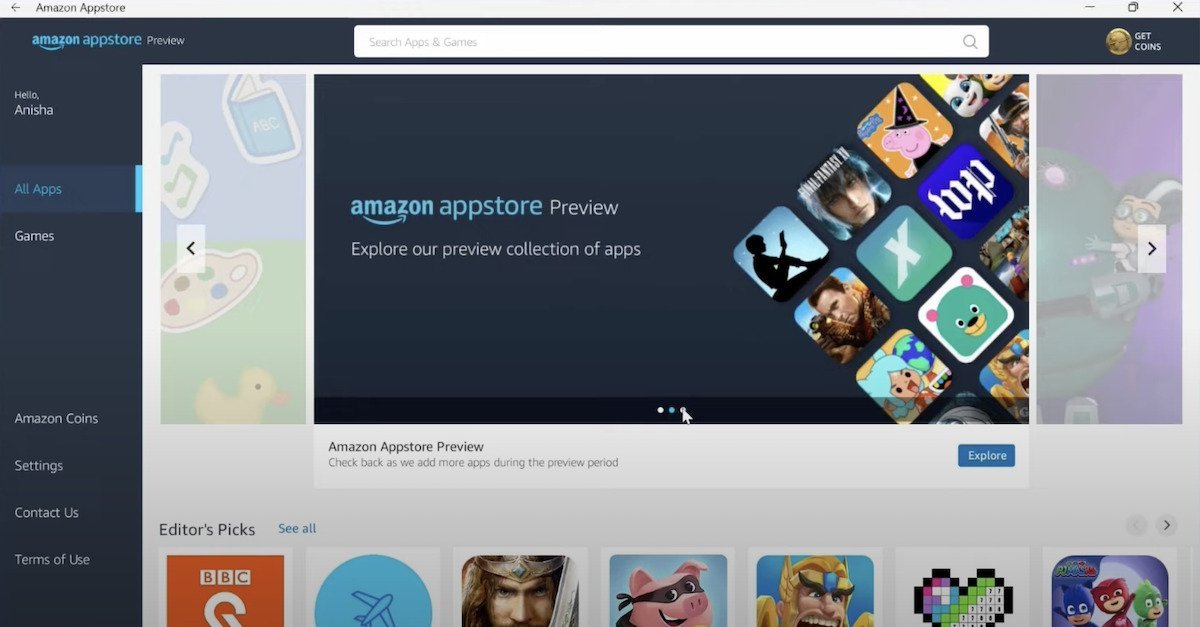 Launched in the United States as a preview, the Amazon Appstore is also coming soon to Windows 11 in France. Microsoft made the announcement on Tuesday at its Build conference for developers. Android applications will thus be available for PCs and other compatible devices from the Windows Store.

Having Android applications available on your PC: Microsoft had promised it, it will soon also be possible for users of Windows 11 in France. Since last October, the Amazon Appstore has been integrated into the Windows Store in version preview in the USA. PCs and compatible French devices will also be entitled to it.

This Tuesday, during the Build conference intended for developers, Microsoft indicated that the preview was going to be available in five new countries (Germany, France, Italy, Japan and the United Kingdom). No deployment date has been announced, but it should happen by the end of the year. The operation will be identical to the American implementation.

With the launch of the new Windows 11, Microsoft has overhauled its Store from top to bottom and one of the main announcements concerned the arrival of the directly integrated Amazon Appstore to offer Android applications on the new OS.

“The new Microsoft Store on Windows has been rebuilt from the ground up for developers due to the phenomenal growth in the number of apps and games brought“, we explain at Microsoft. It must be said that in the first quarter of 2022, the Redmond firm has already recorded an increase of more than 50% of new applications and games on the Microsoft Store compared to last year.

The arrival of the Amazon AppStore and its Android applications also means a significant addition of thousands of compatible apps for Windows 11. A catalog that “will continue to grow every monthMicrosoft promises.

How to test Amazon Appstore on Windows 11?

To be able to take advantage of Android applications on Windows 11 like the American Insiders, you will nevertheless have to meet a few criteria. First of all, to be registered with the Windows Insider Program in the Beta channel of course, but also have a PC running Windows 11 with access to virtualization.

Then it’s up to you download from amazon appstore from the Microsoft Store and also installing Windows Subsystem for Android.

We explain everything in this tutorial on the installation of your future Android applications on your PC.


Explore our social media accounts and also other related pageshttps://yaroos.com/related-pages/