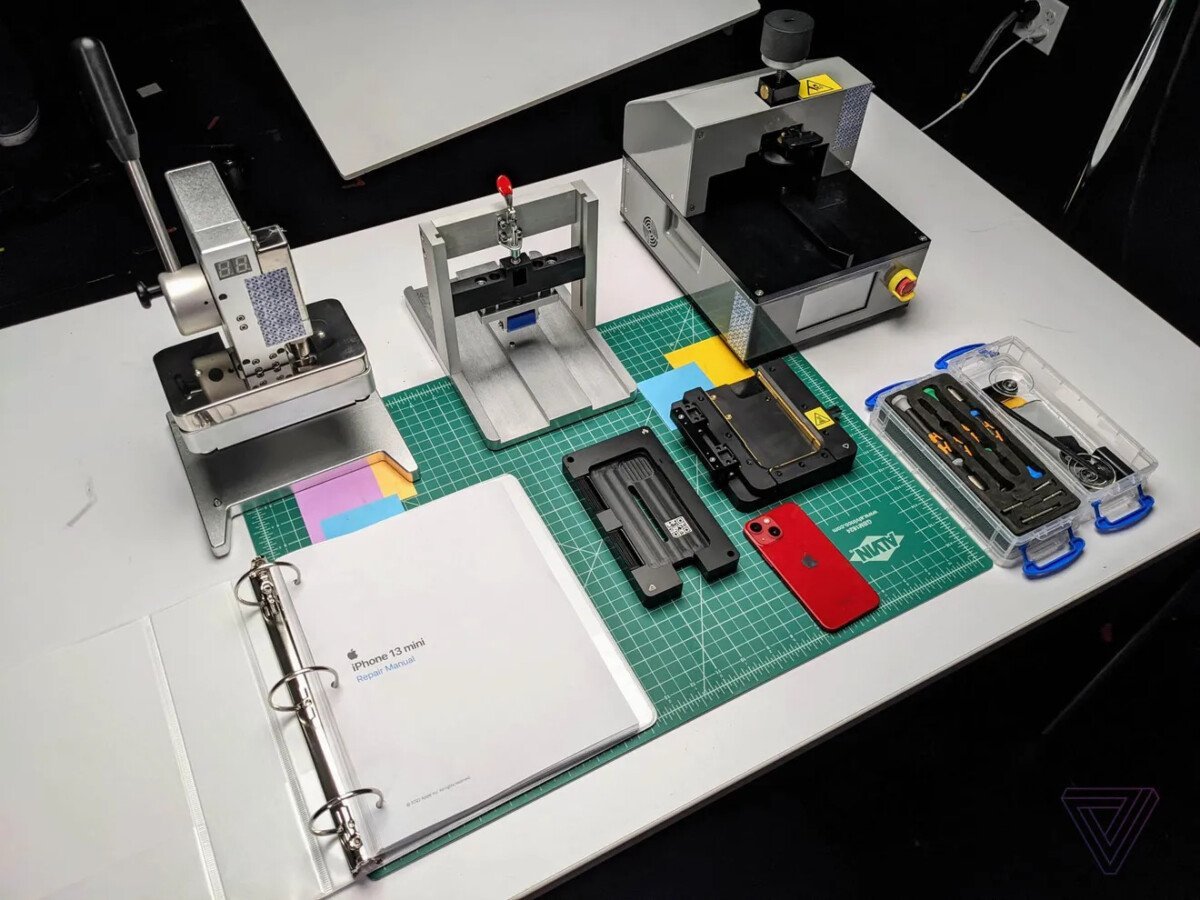 A journalist from The Verge tried to change the battery of his iPhone with the official repair kit from Apple, recently available. A kit that weighs 35 kilos to replace a 30 gram battery.

The editor of The VergeSean Hollister, told the story of replacing the battery of his iPhone 13 mini which he carried out himself, using the official repair kit fromApple.

Last year, Apple announced the launch of its self-service repair program, Self Service Repair. You can order the part to be changed as well as the tools to carry out the repair yourself. This service is available for iPhone 12 and iPhone 13 to repair the screen, battery or camera. It started recently in the United States and will be extended to other countries later this year. But as you will be able to see, this is more of a test than a sympathy on the part of Apple.

If Sean Hollister expected to receive “a box of screwdrivers, spatula and pliers“, it is not so. He actually found two Pelican crates on his doorstep, weighing over 35 kilograms in total. Sitting at a table, he started replacing the battery, equipped with all the tools and machines, as well as the repair manual.

First step: detach the screen, placing the phone in a heating station. Once the screen is detached from the body, it must be completely separated to be able to access the battery by improvising the surgeon during the repair.

Once the old battery has been removed, the new one must be placed and pressed using a machine as well. A complicated step to perform since you have to be careful to align it well and reconnect the connectors of the battery, but also of the screen. Everything can be reattached using an adhesive sheet to stick with the press. But be careful: if all the glue has not been completely removed before, when you press the screen, it may go wrong.

Once the new battery is installed and the iPhone is on, it’s not over. The battery is not recognized as original and a warning appears on the journalist’s phone. In fact, you have to contact aApple’s third-party logistics company after the repair so they can validate the part for you“. For this, you need a computer and a Wi-Fi connection since the process requires restarting the iPhone in diagnostic mode and it is the company that will take control of it remotely.

Almost industrial machines, a very complete kit: you can tell yourself that all this is expensive. Yes and no actually. The price of the battery was for Sean Hollister $69; that’s what Apple charges for a battery replacement, including labor. Then comes the $49 for renting the tools in the kit for a week; good news, delivery is free. But finally comes a $1,200 security deposit for the kit, which can be lost if the tools are damaged or returned too late.

Apple doesn’t want you to fix your iPhone yourself

A 35 kg kit, a long and tedious process, state-of-the-art tools, all to change a battery. Hollister points out that it would actually be very expensive for Apple to ship and collect the heavy repair kit, especially to individuals; much more than 49 dollars. For him, “Apple’s self-service repair program is the perfect way to give the impression that the company supports right-to-repair policies without encouraging them at all“. In the first line, the security deposit of 1200 dollars: not everyone can advance this sum all at once and it remains high.

All this means that a typical customer will probably not want to use this self-service repair kit for his iPhone, because it is more expensive, probably less well done and much more tedious.

Why the Official iPhone Repair Kit Is So Cumbersome