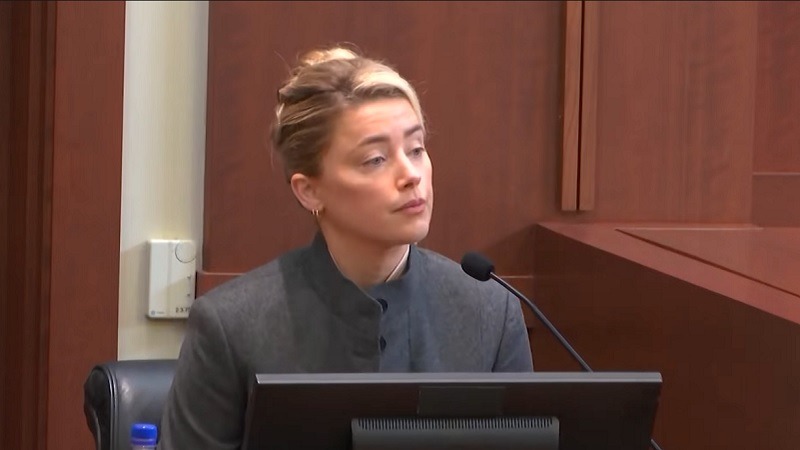 The internet is obsessed with Johnny Depp’s lawsuit against Amber Heard. Internet users do not hesitate to criticize and harass the ex-wife of the American actor, but why? What is this wave of harassment due to?

The libel lawsuit filed by Johnny Depp against his ex-wife Amber Heard is highly publicized. Johnny Depp claims $50 million from Amber Heard whom he accuses of having ruined his reputation and his career. Indeed, Amber Heard wrote an editorial published in 2018 in the Washington Post. She had described domestic violence. Since, Johnny Depp is the victim of a boycott within the Hollywood industry.

In this Depp / Heard affair, Internet users already have a very clear opinion. The trial is not over yet, but Amber Heard arouses a lot of hate on the networks. Internet users are numerous to criticize, even harass the actress. Same Warner Bros. wanted to fire Amber Heard from the cast of Aquaman 2in vain.

Faced with this hatred aimed at Amber Heard, some are trying to defend her. There is in particular the small account Twitter “@LeaveHeardAlone” which is dedicated to protecting the actress. According to Rebecca who is behind this account, this hatred comes from millennials whose morality is closely linked to their fandom. This term designates the subculture specific to a community of fans.

” We cling so much of our own identity to those things that we love. So if these things are threatened, you either have to admit that you’re some kind of bad person for liking these things, or you have to convince yourself that everyone else is wrong. said Rebecca.

In fact, Internet users who hate Amber Heard so much are not necessarily very loyal fans of Johnny Depp. These are above all from ” anti fan by Amber Heard. Together they create a sort of anti fandom “. This one works just like fandom, but it’s turned to the dark side.

Read also > Johnny Depp trial: Amber Heard testifies in tears in front of “the love of his life”

Some anti-fans even use the #MeToo movement (#BalanceTonPorc in France) which encourages women to speak out about violence, sexual violence and rape to criticize Amber Heard. According to Victoria Hervey, a British model, ” so many people are sick of these fake victims of the #MeToo movement ruining it for the real victims of domestic violence “.

Another netizen specializing in fandoms nicknamed Mary, however, explained that ” the idea is that #MeToo happened and then Amber Heard saw it and was opportunistic about it, which is a narrative that completely falls apart when you remember she got divorced even before #MeToo n ‘existe”. In fact, anti-fans use any detail, true or false, to conspire against a person.

Johnny Depp was just a “platform” to attack Amber Heard

Finally, Johnny Depp is no longer defended as much as he was before. Fans lost interest in it because they ” just used it as a platform », according to Mary. From now on, fans are obsessed with Amber Heard and don’t even really think about Johnny Depp anymore.

This phenomenon is particularly illustrated by the petition to fire Amber Heard from the cast of Aquaman 2 which has already passed 4 million signatures. However, the petition to bring Johnny Depp back as Jack Sparrow has garnered less than 700,000 signatures so far. The wave of hatred against Amber Heard has therefore already grown more than the movement in support of Johnny Depp.

Why is Amber Heard causing so much hate on the internet?