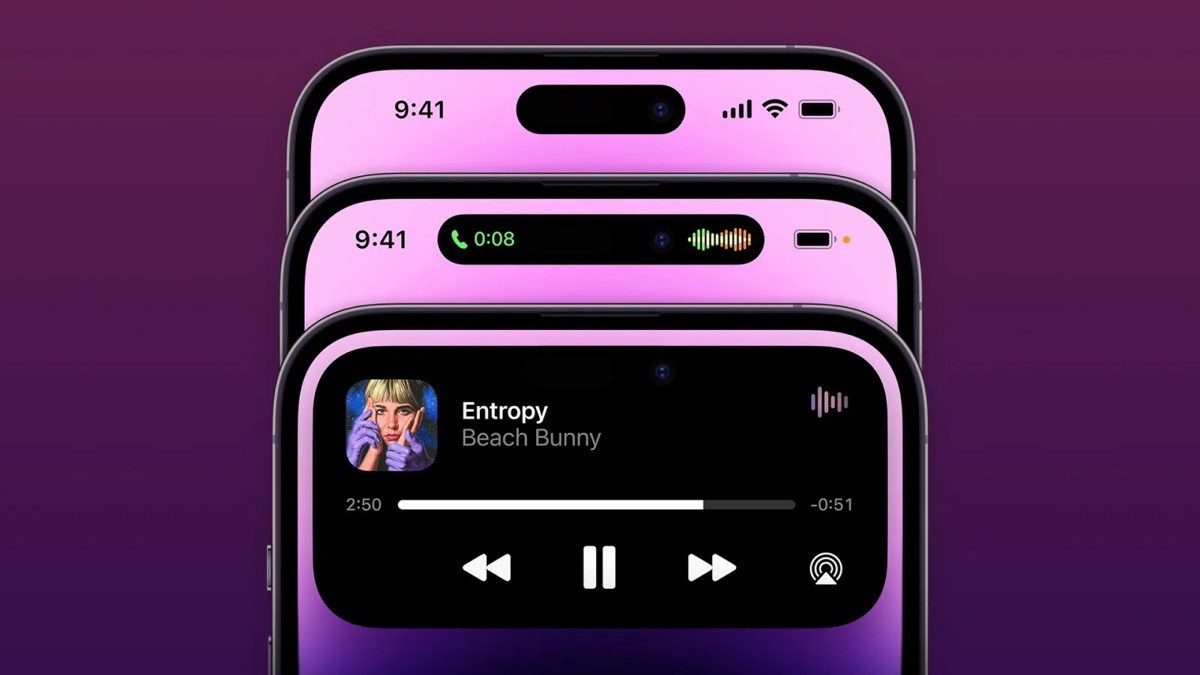 With the iPhone 14 Pro, Apple uses a hole in the screen instead of a “notch”. To make us take the pill, they developed Dynamic Island. It didn’t take long for the feature to be copied to Android.

Apple’s tour de force, on the iPhone 14 Prois truly Dynamic Island. If you haven’t followed the apple conference, we summarize one of the biggest changes: the notch has been replaced by a pill. And, to make us pass the pill, Apple has created the concept of ” Dynamic Island or the dynamic island. Around this pill you have contextual information based on the app you are using or data related to notifications from other apps.

Already a copy on Android

Obviously, it didn’t take long for Apple’s new feature to be copied.

A third-party developer has designed an extension for Xiaomi themes. In the MIUI theme library (a MIUI theme called Grumpy UI), we can thus find the Dynamic Island notification which can also be enlarged so that you can read a complete message or control music playback in a larger pop-up window .

However, the whole thing works to a very limited extent. It is obviously already foreseeable that Apple’s approach also has a lot of potential on Android. However, copying is not equal in this case.

Copying Dynamic Island will be difficult

On the iPhone 14 Pro, Apple has upgraded the notifications and the status bar, thanks to a dynamic notification depending on the application and the context. With Dynamic Island, Apple has made a physical constraint a strength.

Looking at some demos, including that of Numerama, we notice that the use is very organic, we no longer realize that there is a dead zone without pixels. So much so that Apple has managed to ensure that this dead zone does indeed react to touch to properly manage touch interaction with the interface. These noticesDynamicare a native part of the system, integrated directly into the development kit used by third-party developers. And, no doubt, related to other key elements of the Apple Watch, for example.

A small demonstration of the Dynamic Island, which replaces the notch. #AppleEvent pic.twitter.com/NZV412H8qy

It’s a work of the product as a whole, because it considers the hardware, the software, thanks to motion and a little magic. Which explains why copying Dynamic Island will not be so easy. If Apple’s approach is adapted by Android device makers, hopefully that results in a positive development. This will probably go through Google to develop Android accordingly.