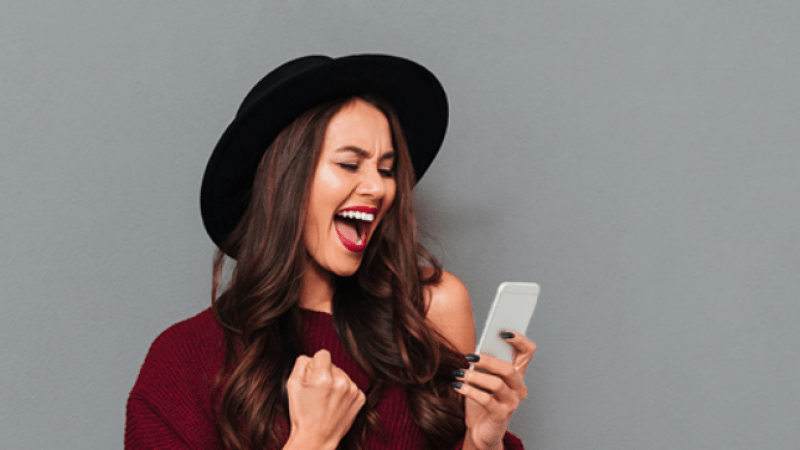 Which cities hosted the best speeds near you? With its tool developed in partnership with RNC Mobile, Univers Freebox offers you a tour of France of the regions and maximum speeds reached.

Which regions were entitled to breathtaking speeds at Free Mobile? Xavier Niel’s operator regularly improves its mobile network, both in 4G and 5G with speed boosts as a result. To the point that some greatly exceed Gb/s on their mobile network, in particular thanks to the aggregation of multiple frequencies. But the coverage is not always equal everywhere and the records vary according to the zone where you are. Univers Freebox offers you a small summary of the regions where Free Mobile subscribers have been flashed at impressive speeds.

As a reminder, these measurements were carried out via the application of our partner RNC Mobile, which you can download from the play store. Each measurement reaching new heights is then counted in the “records” section from our website. If you want to have a more precise overview of the records closest to you, it is also possible to sort by department.

The three regions with the highest records

The last most impressive speedtest carried out in France was the one carried out in Bordeaux, in New Aquitaine, reaching 1460.75 Mb/s, effectively placing this region at the top of the ranking in terms of speed records. It should also be noted that Free Mobile coverage seems conducive to very high speed in Pau and Montussan.

Surprise, the Île de France is only second in this ranking. Although the region benefits from very well-developed mobile coverage, the latest record obtained by a Free Mobile subscriber stands at 1451.02 Mb/s, in the commune of Palaiseau. If you want to settle in the capital and have very efficient speeds, the 8th arrondissement of Paris seems to have some good surprises in store, more out of the way, you can also note a very good record in Arcueil, even exceeding the record for the third region on the podium. .

The inhabitants of Provence-Alpe-Côte d’Azur are also quite well off with a very good speed of 1172.62 mb/s reached at La Garde. Two other records above 1000 Mb/s were recorded in Cannes and Chateauneuf-les-Martigues.

7 other regions where it is possible to exceed Gb/s

Auvergne Rhône-Alpes for its part recorded a record speed of 1156.38 Mb/s at Fraisse, closely followed by Saint-Priest-en-Jarez and its 1144.72 Mb/s.

In the Hauts de France, a Free Mobile subscriber was able to reach the speed of 1068.56 Mb/s in Mortagne-du-Nord, but the other records have not yet been able to reach Gigabit per second in Saint-Amand- les-Eaux and Aulnoy-les-Valenciennes.

In Bourgogne-France-Comté, it was in Montaigu that the fastest Free Mobile speed was observed with 1089.94 mb/s.

In Longwy, in the Grand-Est, a Free Mobile subscriber was flashed beyond Gb / s with 1058.03 Mb / s, but this is the only occurrence of such an overrun in the region, the other records remaining below 900 Mb/s in Toul and Mont-Saint-Martin.

Records a little more balanced in the Pays de la Loire, where if the highest speed recorded is 1036.06 Mb / s in Trignac, the two other cities on the podium are not so far away.

What about Brittany? It was in Saint-Avé that a subscriber was flashed at 1005.08 Mb/s.

Occitanie for its part recorded a speed of 1095.58 Mb/s in Saint-Jean and the two other cities on the podium were also able to offer records exceeding Gb/s.

However, not everyone has yet been able to see the symbolic bearing fall in their region. This is the case in the Center Val-de-Loire where only 760.78 Mb/s were reached in Fleury-Les-Aubrais. Note that these are still very respectable speeds, especially for fairly standard use.

In Normandy either, no speed higher than a fiber optic connection. In Mont-Saint-Aignan, the maximum speed recorded in the region is 755.89 mb/s. While waiting for a next record from an aerial hunter perhaps?

Then come two special cases: two islands. The closest to the mainland, Corsica, recorded a speed record of 464.28 Mb/s in Ajaccio, closely followed by Bastia and its record of 447.29 Mb/s.

Finally, in last place but without surprise, since 5G has only just been authorized there, Reunion records a record of 222.45 Mb / s in Saint-Denis.

What are the record speeds at Free Mobile in your region?