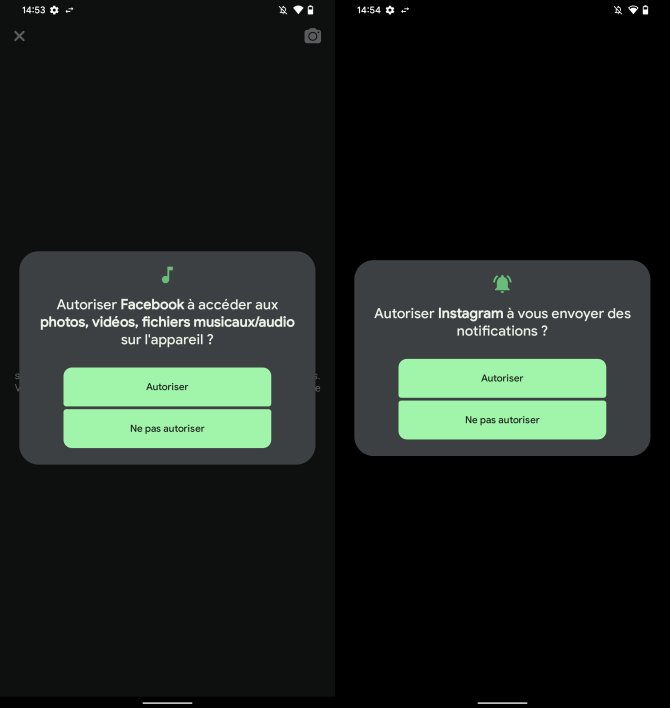 After unveiling a first preview of android 13 – quite lean in new features – reserved for developers last February, then launched the first public beta of the next version of its mobile operating system at the end of April, Google is following its launch schedule and took advantage of Google I/O, its annual developer conference, to lift the veil on the second Android 13 beta.

This second beta, which includes new functions inspired by iOS and iPadOS, is it more promising than the previous one? We installed it on a Pixel smartphone and were able to play around with the new stuff a bit. Here’s what we took away.

In recent years, Google has made many efforts to improve the protection of users’ personal data, in particular by establishing a system for granting access to data stored on smartphones for installed applications.
With this second beta of Android 13, the Mountain View company wants to go a little further. From now on, the operating system will no longer ask to access Files and multimedia contents, but will make the difference between Photos and videos, and Music and audio.
For each application requiring access to your photos and videos, it will even be possible to manually select the photos and videos to which you authorize access, without having to authorize full access to your photo library, like what exists on iOS.

Among the other novelties in terms of security, we note the fact that all applications are now required to ask for your authorization before sending you notifications.
Also, the contents you copy to the Android 13 clipboard are automatically deleted after a few minutes, to prevent apps from accessing old copied items.

Google has also announced the arrival later this year of a settings page dedicated to unified security and confidentiality. It will contain all the settings you have chosen, with color indicators to let you know if certain settings may represent a risk to your safety.

Last year, with Android 12, Google inaugurated Material You. These new graphic codes, designed so that your phone adapts its colors to your use, will evolve under Android 13, in particular thanks to the introduction of new color variants. Thus, when you choose a range of colors, several variants of these will be applied to all the interface elements of the OS.

Android 13 will also take icon color theming a step further. On Pixel smartphones in particular, it will be possible to activate thematic icons in the settings so that the icons of the applications installed on your device adopt the main color theme that you have chosen. Be careful though, if this color theming applies beyond Google apps, developers will need to support this feature during their development.

On the multimedia side, the miniature player widget found on the locked screen or in the notification center is also changing. Its interface will automatically adapt to the colors of the media being played, displaying for example the cover of the album listened to.

In addition to the new interface graphics, Android 13 will also change certain functional aspects. So, if you are lucky enough to be a polyglot, Android 13 will allow you to configure the language of your applications individually from each other and from the language applied in the OS.
Perfect if you use a specific and more or less exotic application to chat with friends in a language other than French.

A universal search engine on Pixels

Owners of Pixel smarpthones will be able to search for everything from a single place. In Android 13, the Pixel Launcher’s search bar is able to query to find items locally on the device, but also to search online on Google.

Shades of gray before bed

Android 13 Beta 2 also introduces a new feature within the Digital Wellbeing settings. If you are used to configuring Bedtime Mode, you can now activate a “Greyscale” mode that will automatically activate when Bedtime Mode is triggered.

The interface of Android 13 will then abandon all the shimmering colors for a black and white interface (or rather in shades of gray), enough to encourage you to put your smartphone on your bedside table to let yourself fall into your arms of Morpheus.