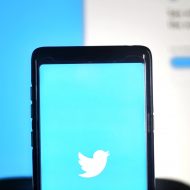 The Ministry of Information and Communications of the Vietnam released a statement last week stating that companies will not have the right to place advertisements on content deemed ” toxic contrary to the state, or infringing copyright. The Bureau of Broadcasting and Electronic Information has communicated in this sense by alerting against the content ” false, obscene, contrary to tradition, sensational or clickbait “.

A growing internet crackdown in Vietnam

Amid growing internet crackdown, Vietnam is currently drafting a blacklist sites that will no longer be able to receive advertising revenue if they are deemed to be posting anti-government content Where if they are considered ” toxic ».

Hanoi goes further by stating that companies advertising on these sites will be ” strictly punished “. As such, country to unveil whitelist of safe sites for ads in early 2023. It is a step backwards for rights defenders who believe that the climate is increasingly hostile to freedom of expression.

This decision comes following a will of Vietnam monitor the many social media accounts who disseminate information across the country. More and more of young people turn to social media for informationwhich does not please the Vietnamese government, which is attacking to these platforms by attempting to restrict the information they disseminate.

For several years, according to the media Nikkei Asia, Vietnam has set up cyber troops to cleanse the internet of dissent. The government has its sights set on tech giants who must comply with the rules imposed by the authorities. Some are already showing obedience to be able to remain operational in this country of 100 million inhabitants. The proof : in 2020 Facebook finally gave in to the demands imposed by Vietnam.

What about the tech giants?

Advertisers take a dim view of these new measures. They expressed their concerns about the algorithms. They worry that their ads will run alongside sensitive political content or in videos spreading misinformation. A media spokesperson Nikkei Asia said Meta, the parent company of Facebook and Instagram, has begun to set up ” brand safety controls companies can use to prevent their ads from working alongside certain types of content on our platforms “.

On the side of the Vietnamese authorities, YouTube and Facebook are accused of tolerating content “ illegal on their platform. According VnExpress, the case of a TikTok user with 600,000 followerswho was recently fined $300 for content deemed “ offensive “, is the typical example of a creator who may soon be blacklisted by the Vietnamese government.

The Ministry of Information said that ” cross-border advertising companies that do not comply with Vietnamese laws will not be allowed to operate in Vietnam “. The government is threatening tech giants who “ do not do enough to block objectionable messages “. Conversely, rights defenders find that companies such as Facebook or Google too easily accept the rules imposed by the Vietnamese authorities.

Vietnam steps up internet crackdown, cracks down on advertising content