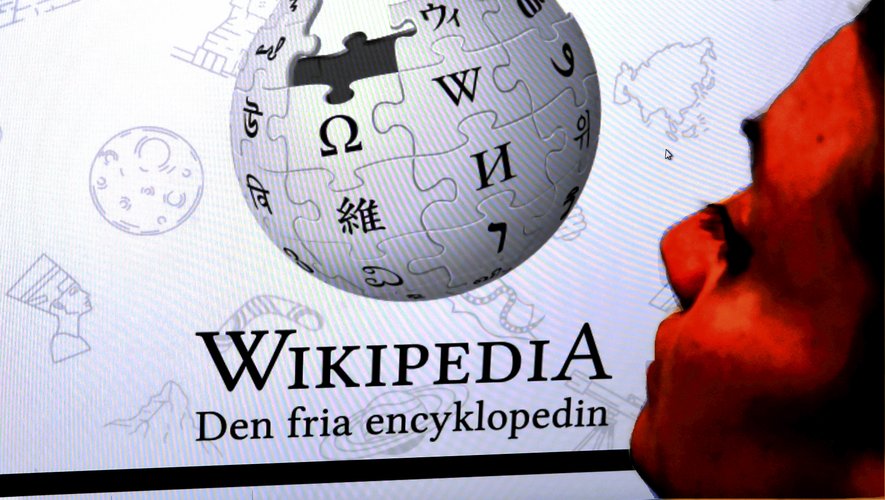 Twenty-two years after its birth, the online encyclopedia has freed itself from the suspicion that surrounded its early years. Wikipedia has become the first generalist information tool on a subject, the fourth most visited website in France and an object of constant astonishment. Decryption.

“Its value is immeasurable”, says the librarian, the “greatest common good that the internet has delivered to us”, believes the academic. The fruit of “sharing” and the desire to “help us all, as a community”, smiles the seasoned Wikipedian, this Monday evening in January, around a piece of kingdom that nibbles while discussing the universal encyclopedia half a dozen people from Montpellier.

Thanks to them and thousands of others, the creation of an ex-American trader in love with libertarianism, Jimmy Wales, has become in two decades the temple of an almost limitless knowledge. How ?

1 – They do not count their time

“The magic of Wikipedia, I hear that often. You speak, says Laurent, engineer specializing in risk assessment. There are a lot of people behind it!” According to Wikifoundation statisticsthe structure that has carried the Wikipedia project since 2001, there are 17,338 contributors in France who make at least one intervention per month and some 50,000 more occasionally.

“But the hard core is around 5,000 people”, relativizes Pierre-Yves Beaudouin, administrator of Wikimedia France; “95% of content is created by experienced users”note Lionel Barbe, researcher, encyclopedia specialist.

To your pencils, your pens, your tablets https://t.co/40s41lUKrx

There are the “discreet”, like Laurent, whose interventions are homeopathic, “0.1% of an article, maybe, improvements on specific subjects, I don’t like it when there are rotten things!” There are “cosmetics”, like Pascal, the president of Montpellier Libre who brings them together, follower “editing, spelling, punctuation and references. What I appreciate is creating files and making them their own, bringing people together, beginners and experienced.”

Like Stéphane, code name DePlusJean. He is an addict, 125,000 contributions, who “spends his days on it” and talks about it with an almost mystical commitment. No question of being content with “commas, I want heavy”when he gets involved in an article, it is “50 to 80%” of the text that belongs to him. But in reality, behind Wikipedia, there is who wants to go there.

Not a geek at all, Myriam is a doctor of law. “When it was launched, the academic world to which I belonged was very circumspect. We did not understand how it would have a certain quality by being participative.” What finally seduced her is what had precisely “rejected. It’s a community with very different interests but united by the desire to share”, though most of them remain aliases behind a screen, never speaking to each other out loud. Not serious.

They meet for pleasure around this writing “encyclopedic”in the present indicative, very factual and punctuated with references to things that are “in the current state of knowledge. Neither prospective nor hypothesis, everything must be sourced”, insists Mycri. It is about increasing knowledge, one’s own and that which is offered to the world, with a very controlled attention to detail.

“Globallyjudge Pierre-Yves Beaudouin, president of Wikimedia France from 2007 to 2009 and from 2017 to 2021, the gamble of trusting people works, but you have to watch out, there are always malicious acts. Biographies of living people are highly scrutinized and very problematic. But the worst is football!”

The opportunity for @wikipedia_frto acquire a file on him but also on his father, the boxing champion Souleymane Diallo (congratulations from Belmondo during the 1964 French championships) pic.twitter.com/5UoLbhSZFA

There is not a moment when there are not Wikipedians on standby, helped by tools that trace interventions – 30,000 per day on the French encyclopedia – in real time and by artificial intelligence that “repairs” the coarsest vandalism in a second. A mistake ? “In some cases, it’s such a level of detail that it can last a few months, but it’s relatively rare. Often it’s a few minutes, at most a few hours”observes Lionel Beard.

Wikipedia jack-of-all-trades – he puts his hands in articles, photos, references and other Wikidata -, Stéphane is precisely “the patrol. The person who goes behind your back to check if what you have written is correct, admissible or not. We accept doubt within the limit of tolerance”no advertising or promotion.

The French version now has 2.48 million articles and more than in creation, we are “in improvement”constant, perpetual, insatiable.

“Contrary to what one might think, the profession, on the whole, takes a very favorable view of Wikipedia. Between libraries and encyclopedias, DNA converges”, observes David-Jonathan Benrubi, those of institutions for sharing knowledge with as many people as possible, with broad access to knowledge. Curator, the man directs the network of media libraries of Montpellier-3M and rents “the enormous research facilitator” what is a tool “used by librarians and in which many participate”. He himself says, for the anecdote, having consulted her recently on unknown characters encountered during the preparation of the network’s future exhibition, En voyage! 15th-21st centuries, to see from February. “All the academics I know do it though few admit it and few feed it.”

David-Jonathan Benrubi relativizes his non-expert side, emphasizing that corrections are much faster there than between two paper editions of traditional encyclopedias. “There are rules, often expert moderation, but perhaps a lack of public knowledge of how Wikipedia works. Question on which media libraries have a role to play. It is useful to go to the page from time to time discussion of an article, to consult its history, but it is necessary to know that it exists.”

[VIDEO] Wikipedia: how millions of volunteers watch over the “greatest common good that the internet has given us”