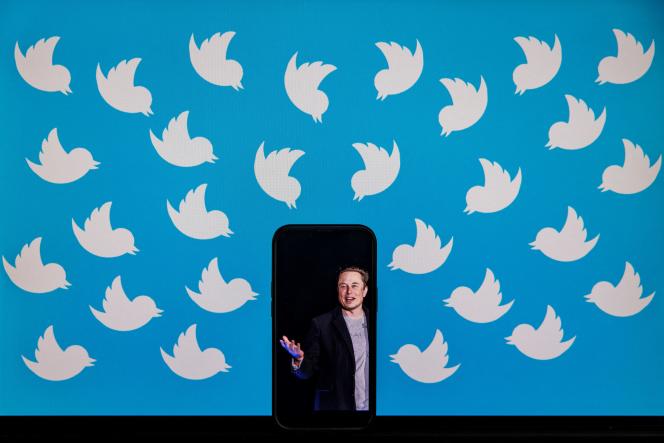 Elon Musk goes to war against social networks competing with Twitter. In a statement released on Sunday, December 18, the company writes that “Twitter no longer allows free promotion of certain social networks on Twitter”specifying that Facebook, Instagram, Mastodon, Truth Social, Tribel, Post and Nostr are concerned, as well as “links to social media aggregators like linktr.ee, lnk.bio”. It thus becomes forbidden to tweet: “Thank you for following me @ID on Instagram”.

We recognize that many of our users are active on other social media platforms. However, we will no longer allow fr… https://t.co/lV6ULnz3sZ

Users who violate this policy risk having their account suspended: “If violations of the rule remain an isolated act or a first violation, we can take a number of measures ranging from deleting one or more tweets to temporarily locking account(s)”, details Twitter. But “Any repeat offense will result in a permanent suspension”warns the platform.

Tweets are not the only ones to be affected by this new policy, since the biography and the name of the user cannot contain a link either, under penalty of temporary or even permanent suspension.

These new rules are announced as many Twitter users have recently said they are considering migrating to other platforms, which most likely worries the new boss of the San Francisco-based company. The change also aroused the misunderstanding of Jack Dorsey, the co-founder of Twitter, a company he left in 2021. ” Why ? »he soberly tweeted.

Suspension and then reinstatement of journalist accounts

Elon Musk, who bought Twitter for $44 billion, wants to be a staunch defender of freedom of expression but sent mixed messages: he reinstated previously banned accounts, including that of Donald Trump, but also suspended that of Kanye West after the publication of several messages deemed anti-Semitic, and refused the return to the platform of far-right conspirator Alex Jones.

Earlier in the week, he had suspended the Twitter accounts of several journalists, whom he accused of putting his family at risk. The controversy began on Wednesday, when the boss of Tesla and SpaceX announced that he was suspending @elonjet, an account that automatically reported the journeys of his private jet. Some accounts then tweeted about the decision. These were reinstated on Saturday, but some said they were told to delete certain posts if they wanted to make full use of the platform.

Saturday evening, the Twitter account of Taylor Lorenza journalist from washington post which covers the technology sector for the daily newspaper, was suspended by decision of Elon Musk, before being reinstated on Sunday. Taylor Lorenz explained that she asked Elon Musk a question via Twitter, for an article she is writing, because she could not reach him through traditional channels.

Sally Buzbee, editor of the washington postwrote in a statement that the “arbitrary suspension of another journalist from the Post further undermines Elon Musk’s claim that he intends to make Twitter a platform dedicated to free speech”.

Read also: Article reserved for our subscribers Musk against Musk: the billionaire’s obsession with Twitter weakens his industrial successes

The boss of Twitter has drawn the wrath of the European Union and the UN, the vice-president of the European Commission even threatening him with sanctions. On Twitter, precisely, Jean-Noel Barrotthe French minister delegate in charge of the digital transition and telecommunications, mentioned “a practice contrary to freedom of expression which will be illegal in Europe from 2023 thanks to the DSA [Digital Services Act] ».

Read also: Regulation of the Web: Europe at the forefront