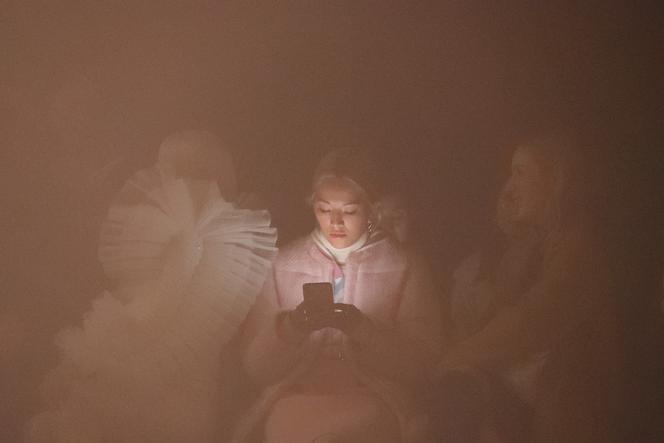 A single glance around you is enough to see it. Smartphones have become our doubles, for information, communication, games, etc. Worldwide, more than 3.5 billion people own one, and their average time in front of this screen (more than 3 hours a day) has been steadily increasing. Even if the intensification of this use is not considered by the World Health Organization as an addiction that is a pathology, its negative effects are increasingly documented scientifically: from pain in the neck to consequences on the sleep, from anxiety to depression. Is there a solution to be less addicted?

“The question of addiction is always the same thing. The outcome is never in all or nothing » Bruno Rocher, addictologist psychiatrist

To find out, a team of psychology researchers from the Center for Mental Health Research and Treatment at the University of Bochum (Germany) launched an unprecedented experiment: recruiting hundreds of volunteers and asking them either to abstain for a whole smartphone week, or, over the same period of time, to reduce their consumption by one hour per day. This in order to observe the impact on their well-being four months later. “We were surprised by the large number of volunteers, 619, who responded to our call. More and more people think that their attitude towards the smartphone is a problem for their health »comments Julia Brailovskaia, senior researcher in clinical psychology. “Participating in our study could have been seen as a boost to start doing something. »

The results, published in the study “Finding the ‘sweet spot’ of smartphone use: reduction or abstinence to increase well-being and a healthy lifestyle! » (Journal of Experimental Psychology: Applied, April 7), are promising, say the researchers. Thus, of the three groups, made up of 200 volunteers each, those who abstained (group A) and those who self-regulated (group B) ultimately, and four months after the experiment, used their smartphones than the third group – called “control” – which has not changed anything. Both A’s and B’s say they experience fewer symptoms of depression and anxiety and experience greater life satisfaction. They also do more physical exercise.

Read also: Article reserved for our subscribers The France of anti-smartphones: “Time without a screen is freedom”

Another surprising result: “Group B is the only one who saw their cigarette consumption drop. It is also the one that has the most reduced the average duration of daily use of the telephone (by 45 minutes vs. 30 minutes for group A), explains Julia Brailovskaia. So abstainers are not those who have improved their well-being and their health the most. »

You have 24.19% of this article left to read. The following is for subscribers only.

To detoxify from mobile, it is better to consume in moderation