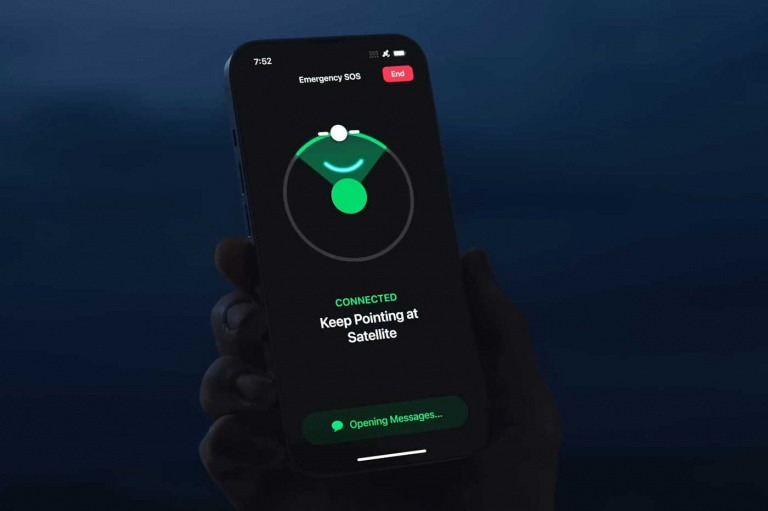 Presented by Apple at the time of the formalization of the iPhone 14, the functionality for making emergency calls by satellite has just arrived in France. Enough to make new Apple terminals even more attractive models.

When Apple introduced satellite emergency calls from its iPhone 14 range, everyone imagined that the firm intended to serve North America first, and consider a deployment much later in Europe. But, surprise,
the company announced in November that this feature would quickly cross the Atlantic.

The emergency call of the iPhone 14, what is it for?

Imagine that you are lost in the forest, in the mountains, or that you break down on a road which is located in a white zone where no mobile network passes. You may need to make a phone call, but without a network it’s impossible. This is where the “Emergency SOS” function, translatable as “Emergency SOS”, becomes useful.

The various iPhone 14 models are capable of hooking up a satellite network allowing you to make a call where 3G, 4G or 5G is not available. Apple specifies that the connection may take ” a few minutes “ due to the fact that the satellites are in constant motion, and sometimes it takes a little time for the terminal to connect to the signal.

This delay, linked to technical constraints, remains however reasonable, especially if it is opposed to a total absence of connection. It could save livesand make iPhone 14 a smartphone acclaimed by people who are used to potentially dangerous white areas.

A service offered by Apple, but…

To activate the SOS mode, you must make a long press on the power and volume buttons, or quickly press the power button five times. This opens an interface that guides the user to place a call through a satellite connection.

Owners of a model from the iPhone 14 range based in the European countries concerned can already use the satellite emergency call function, at no additional cost. In effect, Apple offers two years of subscription to all its customers, from the moment the iPhone 14 is activated.

Impossible to know, for the time being, what will happen after these two years: the American company has not yet given any details on the tariffs that will be offered in 2025 to people who want to continue using the service. We will probably have to wait for the feature to be deployed in more countries for the manufacturer to decide to communicate on the subject.