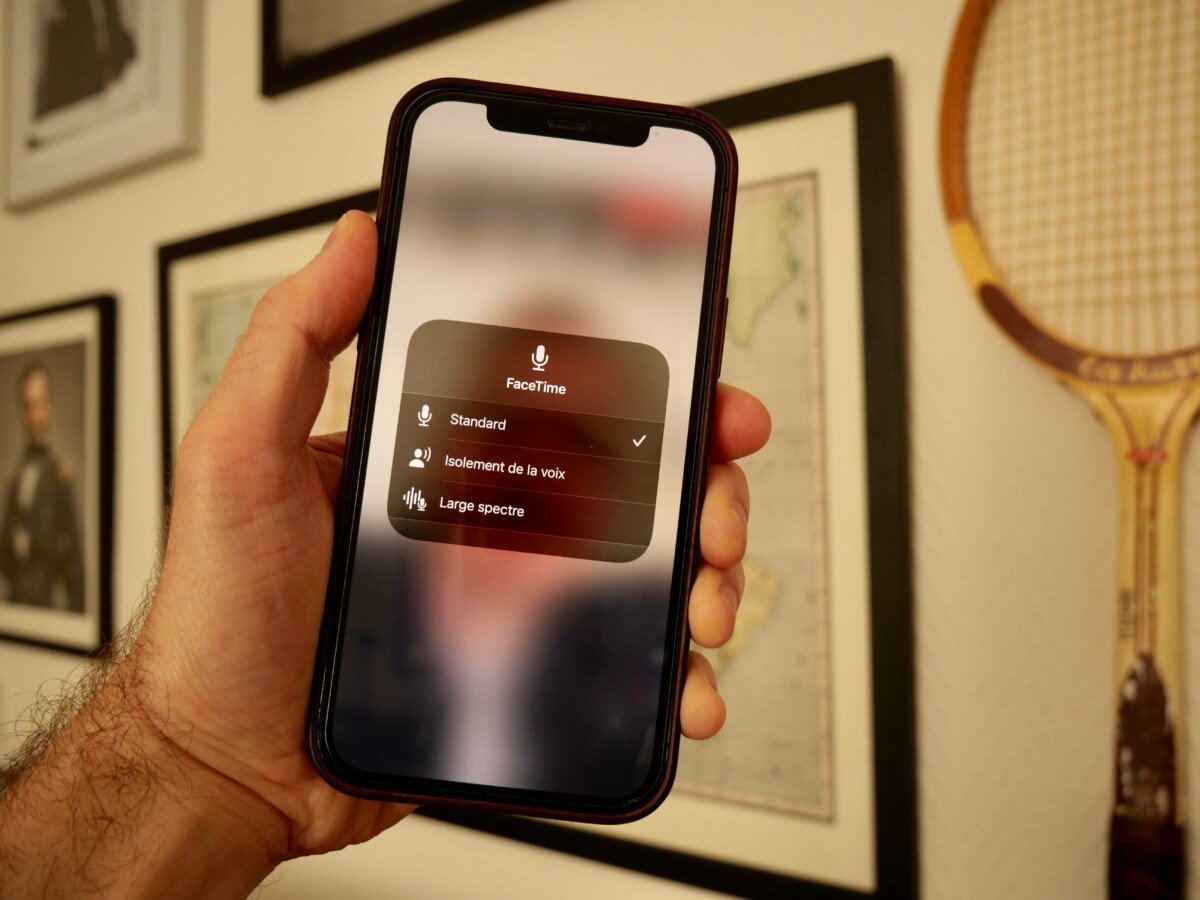 A setting accessible in a few clicks from the control center allows you to activate voice isolation during calls. Deployed discreetly with iOS 15 and macOS Monterey, this function significantly improves the audio quality of exchanges.

Passed a little unnoticed, the functionality “Voice Isolation” (Where “Voice Isolation” in English) can significantly improve the audio quality of calls on certain applications. Available on iPhone, iPad and Mac since the deployment of iOS 15 and macOS Monterey, this function is not highlighted enough by Apple and is not activated automatically during exchanges.

In other words, if you didn’t know it, it’s unlikely that you discovered it by chance… and therefore that you used it to talk to your family or colleagues on FaceTime, Slack, WhatsAppSignal, or instagram, for example. Today we show you how to use it.

An interesting and practical feature… but badly born

During a call, the feature “Voice Isolation” is accessible by bringing up the control center (by swiping from the top right corner of your iPhone / iPad, or by clicking on the corresponding menu in the menu bar of your Mac). You should then see the tab “Mic mode” at the top right of the control center: it is he who interests us. By clicking on it you will see the different modes available, including the function “Voice Isolation” which makes it possible to improve the audio quality of the exchanges.

As summarized TechRadar, it’s more or less active noise canceling technology, but focused on your voice. Clearly, the microphones of your device will capture your sound environment to allow the OS to filter out parasitic background noise. Your voice then appears much clearer, and vice versa if your correspondent also activates this feature on their iPhone or Mac. It thus recalls the RTX Voice pluginintroduced two years ago by Nvidia on PC.

Functionality “Voice Isolation” however, has major shortcomings. Unavailable on some iPhone (iPhone 7, in particular), it does not work on all applications allowing voice or video calls. TikTok, for example, does not support it at all and Zoom only supports it on iOS. Another quirk: this feature is not available for calls “classics” on the iPhone… which would have been very practical. TechRadar also points out that its activation is not universal. It is therefore necessary to remember to activate it manually on each new application at the start of the call, which can quickly be daunting.

Given the potential of this feature, which is still young, we hope that Apple will be able to make it more central in the future… and why not automatically during conversations on compatible applications.

This hidden setting can boost call quality on iPhone and Mac