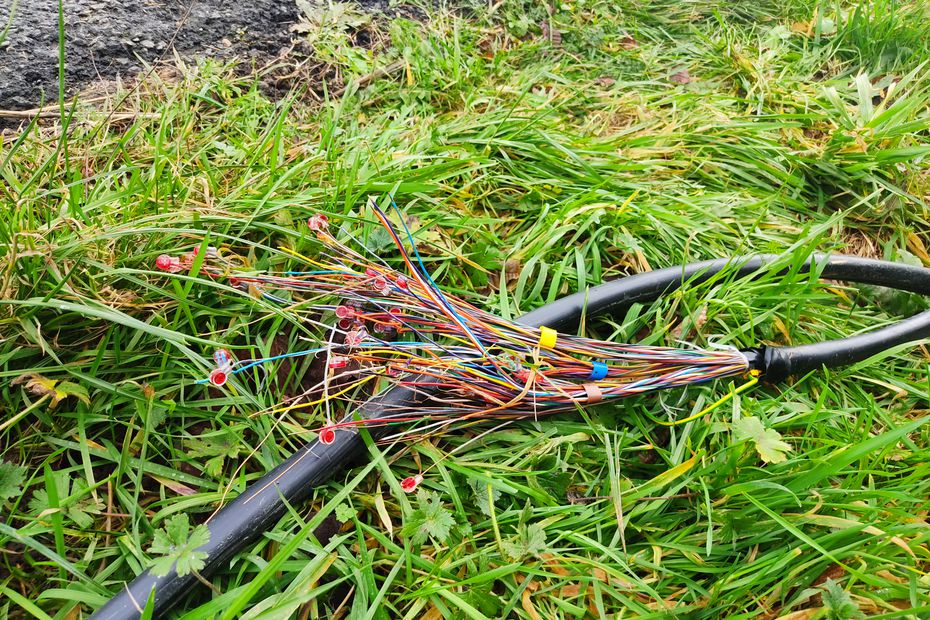 In France, the theft of telephone cables is a scourge for users and for telephone operators. In Lourdoueix-Saint-Pierre, several hamlets are concerned at the start of the year. In 2022, three such cuts had already been reported.

It is stupor in the village of Lourdoueix-Saint-Pierre in Creuse. About thirty inhabitants have been deprived of internet and telephone since this Thursday, January 12, 2023. On the night of January 11 to 12, 300 meters of cable were stolen and two pylons were cut on Departmental 6.

This Thursday morning, sad news for Guy Pirot, resident of the hamlet of Signolles. When he turns on his phone, he notices that he no longer has internet. This cut is a handicap for these inhabitants. “Today, everything goes through the Internet. And then it’s dangerous for the elderly who are in tele-assistance, how do they do it?”, asks the resident. “The last time it happened, it took 8 days to fix it”, assures Guy Pirot, who is starting to get fed up.

This is not the first time that the small town has been the victim of this type of incident. During 2022, three have been reported. “In February, in May and in November”, indicates Sandrine Castanier, squadron leader and commander of Guéret’s company. Still on the same road axis, departmental 6.

According to the latter, the thieves would be looking for copper. “The cost of copper has also increased, which may explain these thefts”. But she says metal theft isn’t just about phone cables. “In metal theft, there is also battery theft from farmers or catalytic converters from cars, for example”.

To further protect the municipalities of the department, the gendarmes patrol 24 hours a day in prevention. The gendarmerie is directing its services towards Lourdoueix-Saint-Pierre, which has been particularly affected in recent times by cable thefts.

A protocol has also been signed with Orange. “As soon as there is an untimely cut, an alarm is triggered at Orange. The operator directly notifies the operational center of the gendarmerie”, explains Sandrine Castanier. The objective: to put an end to the offense and to arrest the perpetrators. But according to her, nothing will replace the civility of the population.

We need equipment that will replant the poles properly

Director of Orange relations in Creuse and Haute-Vienne

Eric Elchinger, director of Orange relations in Creuse and Haute-Vienne, wants to be reassuring. “Our teams intervene tomorrow [ndlr : vendredi 13 janvier]. We need equipment that will replant the poles properly. All these devices, cables, poles and materials will be transported to the field to help our customers.”.

Orange filed a complaint and an investigation was opened for theft, indicates the Guéret gendarmerie. If you witnessed events that happened during the night, contact 17.

Theft of cables. Residents deprived of internet and telephone in a small town in Creuse