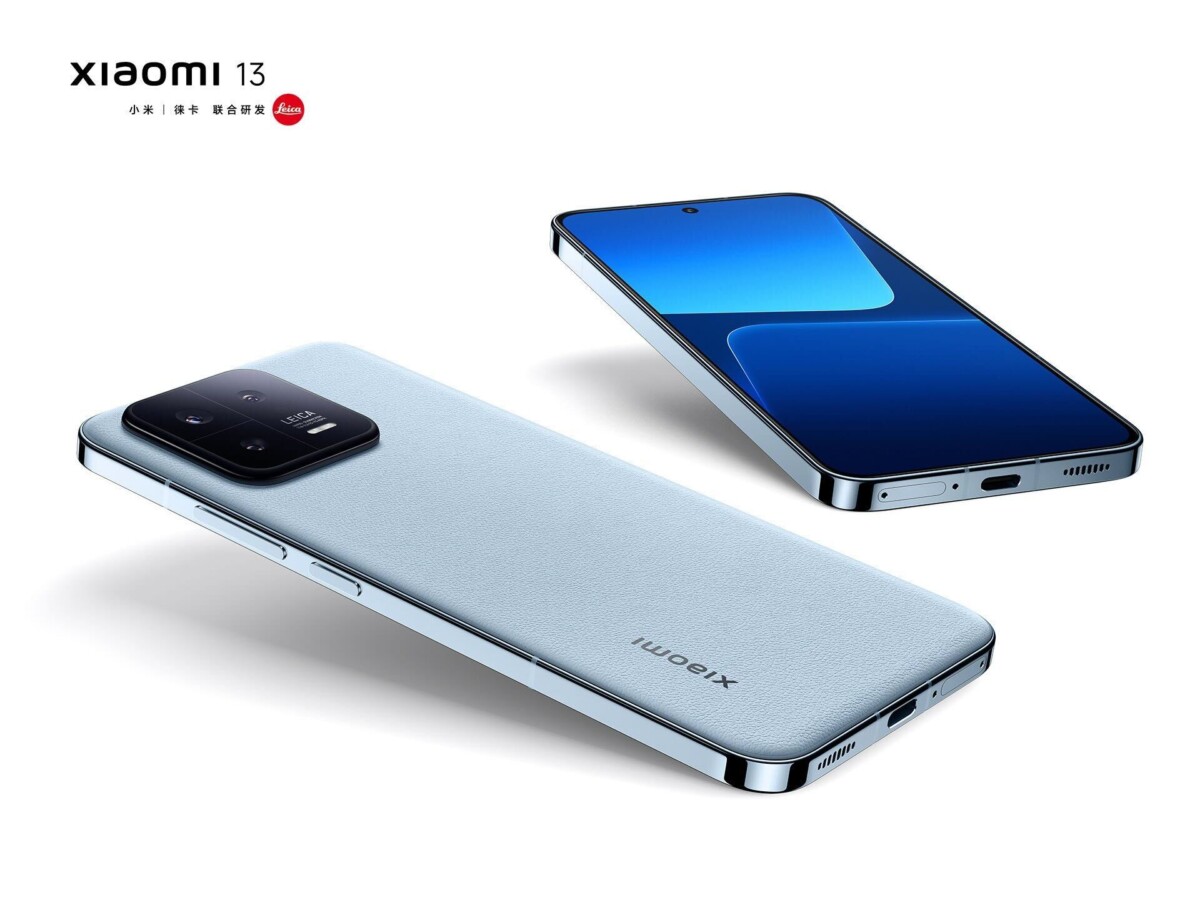 Xiaomi has unveiled its new premium phones, the Xiaomi 13 and 13 Pro. Both integrate very similar configurations, but are distinguished by their design. The Pro model also goes further in terms of photos and charging.

Xiaomi presented its latest flagships, the Xiaomi 13 and 13 Pro. The manufacturer is rather known for its ability to cut prices on the entry and mid-range, but is still struggling to establish itself as a benchmark in the segment top of the line. In particular, concessions sometimes unacceptable for devices flirting, even exceeding the bar of 1000 euros. For the Xiaomi 13, we have the impression that the Chinese manufacturer has managed to tick all the boxes of the specifications, at least on paper.

A classic but effective design

Flat screen on the front, center punch, flat edges with physical buttons, 7.98mm thick and 189g on the scale. The Xiaomi 13 seeks less to stand out than to be efficient and on paper, it seems to work.

The only element of distinction, its photo block forming a perfect square is cut into four spaces separated by a thin, rather elegant line. The first three spaces each accommodate one of the three photo modules. The fourth square hosts the flash as well as the Leica logo, which continues its partnership with the Chinese giant.

Small format, the Xiaomi 13 displays a diagonal of 6.36 inches and makes the effort on the black borders around the screen. These measure 1.61 mm at the top, left and right and 1.81 mm at the bottom. What not to give too strong an impression of the chin, which on the top of the range remains a criterion of comfort. Throughout his conference, the Beijing giant repeatedly referred to the iPhone to better compare itself to it. For example, he invoked the borders of the iPhone 14, which are much larger since they measure 2.4 mm. On the other hand, they are equal everywhere around the screen. The comparison goes down to the dimensions of the phone: although it has a much larger screen in height, the Xiaomi 13 displays the exact same width of 71.5mm.

On the back, you can find four different colors: green, white and black with a glass coating and blue with a rather special faux leather. Xiaomi calls it “nano tech skin” and demonstrated in a promotional video that it’s very difficult to stain.

Autonomy of champion and promise of cold blood

Under the hood, Xiaomi equips it with a Snapdragon 8 Gen 2. The performance gain on Geekbench compared to the previous generation amounts to 37%. Remember that the Xiaomi 12 suffered from major temperature management issues. On this, Xiaomi promises a Xiaomi 13 cooler than the iPhone between 7 and 8 ° C depending on benchmarks or activities, in particular thanks to a heat dissipation surface of 4642 mm². In game, at 60 FPS, the phone would peak at 43.1°C, which remains hot all the same, since the battery begins to be damaged beyond 40°C.

The battery precisely displays 4500 mAh. It can charge at 67W wired, 50W wireless and 10W reverse charging. Xiaomi claims that its phone can be used longer than an iPhone 14 Pro Max, a champion of autonomy. This should be checked during testing.

In the photo, the partnership with Leica therefore continues. The Xiaomi 13 displays a sensor 50-megapixel 1/1.49-inch type IMX 800 main unit with 23mm focal length and mechanical stabilization. It is coupled with a 75mm X3.2 telephoto lens with 10 megapixel sensor, f/2.0 aperture and OIS. We also have an ultra wide angle with a viewing angle of 120° in 12 megapixels. The sensor is small: 1/3.06.

Among the elements that have been missing from Xiaomi’s formula so far, note the presence of an IP 68 certification. We have not seen Gorilla Glass on this model, however. The update duration of the device was not mentioned either.

If the Xiaomi 13 looks like the iPhone 14, the Xiaomi 13 Pro is more inspired by the Galaxy designs of a few years ago, with the thinnest edges possible and a curved screen.

It also gains in thickness by increasing to 8.38mm, as well as in weight by topping 229 grams. Note that the blue faux leather color is thicker (8.7mm) but also lighter (210g).

Its screen goes to a 2K definition (including QHD) with a 6.73-inch panel for 522 DPI. It also includes the help of LTPO technology to vary its refresh rate from 1Hz to 120 Hz. The maximum brightness is also 1900 cd / m². Xiaomi promises a delta E of 0.29 in DCI-P3, which seems incredibly low. It will also have to be checked in test. Corning Gorilla Glass tops it off and protects the screen.

The main sensor is also improved compared to the basic model. We switch to a one-inch type IMX 989, with 3.2 µm photosites from the Pixel Binning 4 in 1. In theory, it allows you to take 12.5-inch X2 shots of equivalent quality to full frame shots .

Inside, the only notable change is at the battery level, which increases to 4820 mAh. The load also reaches 120W. Autonomy promises to be a little less impressive than the base model, but the day’s use should be assured.

Here are the prices of the Xiaomi 13:

Here are the prices of the Xiaomi 13 Pro:

Remember that it usually takes several months before the phones of the Chinese giant have a release date for France.

The Xiaomi 13 and 13 Pro are here: how Xiaomi wants to hurt the iPhone