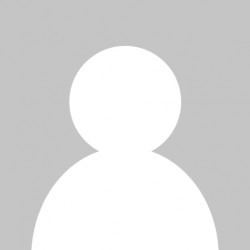 With the Internet of Things, a multitude of possibilities have developed. But what does that mean exactly? Admittedly, the term is on everyone’s lips, but no one can really explain it. We often hear about the “Internet of Things”, or IoT.

This means that different smart devices communicate with each other largely autonomously. This is possible thanks to integrated mini-computers. It is a question here of assisting the man in his daily life while allowing him to remain in the background.

Here, you must already indicate what you want. But the Internet of Things works exactly the opposite. Man and his needs are the focus here and hardly any human intervention is necessary, because intelligent objects ensure perfect framework conditions in everyday life.

The Internet of Things is based on the following

The Internet of Things is the networking of identifiable physical objects. By these objects we mean everyday objects, machines, goods and many other things. In a virtual structure similar to the Internet, these real objects are on the one hand represented and on the other hand connected to each other.

In this way, the virtual world and the real world are brought together. To make this clearer, just imagine a toaster next to a coffee machine. These are two independent devices.

But in the virtual world, these two devices are linked together. It is now possible for the two devices to exchange information. The transmission of orders is also possible. Without any interaction between people, devices can transmit computer data through a network.

Wireless communication is made possible by the technology wireless. Micro-electromechanical systems (MEMS) are small chips (electronic components) with high performance. The majority of MEMS are sensors or actuators. They can process and react to electrical and mechanical information.

It all still sounds quite complicated, but without really realizing it, most people have already known it for a long time in everyday life. What few people realize is that this technology allows, for example, the content of the screen of a tablet or smartphone to rotate when the device is turned.

The only thing missing is the Internet as a third component or technology. The Internet plays an important role in networking objects and transforming objects into smart objects.

But how do objects become intelligent?

The term smart object is probably much less widespread than that of smart object. But the term Intelligent Electronic Devices (IED) is also often used. Devices become smart because they incorporate miniature PCs.

The development of RFID technology constitutes the basis for the exchange of information. RFID makes it possible to identify and locate objects and devices automatically and without contact. To do this, RFID transponders, or more simply RFID tags, are fixed or integrated into the objects.

Thanks to the transponder, which acts as an identifier, the object in question acquires an individual identity. This is done in the form of a code. It is also possible to clearly identify the object by means of barcode, Q code or 2D code.

It is therefore quite possible to identify the current location of the object in question. It is not only possible to track the location of objects, but also their movements.

Everything is recorded and visualized in a central database. Everyone has long been familiar with parcel tracking on the Internet, which works in the same way as described earlier. If a device is to be equipped with more functions, it must be integrated with corresponding sensors and actuators. It is thus possible to detect states or execute actions.

A complicated theory and a simple practice

What may seem complicated in theory is actually brilliantly simple and has been part of everyday life for a long time. In the future, we can expect the Internet of Things to make things even easier.

The smart home has meanwhile taken over many functions

For example, it regulates the lighting, which switches on and off automatically, or the heating, which is self-regulating. Certain rooms in the house are then heated according to their use. If it starts to rain, the windows close completely automatically. As soon as the alarm clock rings, the blinds open.

These application possibilities save the user on the one hand a lot of time and on the other hand a lot of energy. Another important aspect of the Internet of Things is the autonomy of household appliances. They can be controlled remotely. Using a smartphone, for example, it is possible to check whether the dishwasher is ready and to switch it off immediately.

The car and all that can still happen in it is a very promising field. Some automakers are already trying to develop self-driving car concepts. These self-driving models are linked to other road users and traffic management systems. In addition to measuring the distance to the vehicle in front, sensors also enable autonomous parking.

Consumer electronics is on the rise

In the field of consumer electronics, we are already much more advanced. In many homes, the connection between smart TV, tablet or smartphone and the stereo system is already child’s play. It is certain that in the future, several sectors will discover the Internet of Things. The field of medicine, in particular, will be a very interesting sector.

The Internet of Things is still in its infancy

Whereas the Internet of Things is already very advanced in some areas, like consumer electronics, it is still in its infancy in other sectors. Here, one is also confronted with the fact that control must be given up in the areas of security. This factor also gives rise to legal uncertainties.

What to do when damage is caused by objects and not by people? The best example is who is responsible when a self-driving car causes an accident.

Latest posts by Francis (see everything)

The Internet of Things: what’s behind it