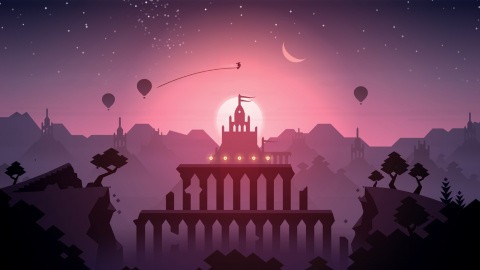 Game News The best truly free games on mobile, without a store or in-app purchases

Since the advent of smartphones, the video game landscape has upset some of its codes to enter the pockets of the general public more easily. Indeed, mobile games have adapted to touch screens by simplifying their gameplay and have mostly adopted the economic model of free-to-play in order to stick to the ways of consuming on phones. Nevertheless, the shadows of microtransaction and pay-to-win are never too far. In this article, we focus on really free apps, without in-app purchases, in various genres.

In this horizontal scrolling runner/platformer as poetic as it is graphically attractive, the player is at the controls of the young Alto, a specialist in sliding on sand dunes. On an endless journey through changing weather, the user must tap their touchscreen to jump, perform tricks and grind on cables. Thanks to its enchanting universe and its high-end soundscape, Alto’s Odyssey is an essential. Playable offline and with an invincible mode (Zen mode), it is perfectly designed to relax players who want to spend some time in good company.

Do you like games where you can destroy everything? Are you sensitive to pretty artistic directions? Look no further, here comes Smash Hit. With extremely simple gameplay, this funny title asks you to send marbles through totally destructible levels in scrolling scenery. The little extra is that the elements of the environment move according to the rhythm of the music. The Premium version adds backups as well as the choice of game modes. Despite everything, Smash Hit remains absolutely addictive even in its free version. Don’t be fooled by the name of the developer, Mediocre, this app is a little bomb.

Let strategy game lovers open their eyes wide: Antiyoy challenges you to be the most strategist on the map. Extending the influence on the map gives access to more financial resources and allows you to summon new units such as buildings. The player’s mission is to rush to victory by destroying his opponents while ensuring the balance of his accounts. Playable against the AI, with 8 local turn-based players and featuring a map editor, Antiyoy is a must-have for strategy fans. And everything is totally free.

Until then, we have mentioned management, strategy, arcade racing or even card games. What about music, which softens morals? With Cytoid, players are invited to touch elements appearing on the screen at the right time according to the rhythm of the music, principle that we had already seen in Cytus. In total, 6 types of notes are available in order to bring a little variety to the way of performing your score. Open-source, Cytoid relies on the creations of its community, which generates substantial content.

He is not very young, but he deserves his place in this selection despite his regularly displayed advertisements. Very arcade in its concept, Crossy Road builds on the foundations of Frogger : the player must advance on roads or paths trapped with small animals that he must keep alive at all costs. Beware of cars, trains and falling into the water, synonymous with certain death. Addictive and immediately understandable by everyone, Crossy Road will reward persistent users with new heroes to steer.

At the head of a cult, the Underhand player is invited to invoke terrifying gods to increase the aura of his sect. In fact, the title takes the form of a card game using both luck and strategy. Here, the user must skilfully use his resource cards to respond to events that take place during the game. Original and well thought out, it has interesting mechanics which take on depth over the hours. If in addition you like dark humor, you may be conquered.

With its successful minimalist graphics, Data Wing is a rather original top-down racing game since its concept is based entirely on the vehicle’s propulsion system and on the perfect trajectory to take thanks to the elements available in the tracks. Short but full of good ideas, Data Wings integrates a story into its circuits, which is rare enough to be underlined. Graphically neat and with catchy music, the software designed by Dan Vogt will make you have a good time.

When we think of enjoyable experiences to play on mobile devices, we don’t necessarily think of City Builders. The genre is scary with all its menus and submenus, so much so that it seems dedicated to the PC and console worlds. Perfectly designed for smartphones, fun and entertaining, Pocket City has something to satisfy fans of apps used to build cities. Also available in a Premium version, Pocket City offers a free version with a few less features and more advertisements.

The best truly free games on mobile, without a store or in-app purchases