What if we did a little recap of what happened in 2022 in telecoms and tech? The TF1/CANAL+ conflict, takeover of Twitter by Elon Musk, departure of Stéphane Richard from Orange and price increases… here are the key events of the year.

2022 has been rich in milestones in telecoms and tech. Between changes in companies, takeovers, aborted projects and the launch of new services, passing by the increase in prices due to inflation, the year was busy for the editorial staff.

This is why before moving on to 2023, we have decided to give you a brief summary of what happened in telecoms and tech in 2022.

The departure of Stéphane Richard at the head of Orange

At the beginning of the year, Stéphane Richard left his position as CEO of Orange. Following the Tapie affair, the former boss of the incumbent operator was given a suspended sentence in November 2021 and has decided to resign from his position as Chief Executive Officer of Orange. A departure which was to take place no later than the end of January 2022.

After spending 11 years at the head of Orange, Stéphane Richard gave way to not one but two replacements, the board of directors having voted to separate the roles of chairman and chief executive.

Several names have been suspected of taking overbut it is ultimately Christel Heydemann who has been appointed CEO of Orange on January 28, 2022, for take office April 4. A bit later, Jacques Aschenbroich has been appointed non-executive chairman of the incumbent operator.

In the TV sector, there has been a lot of turmoil. One of the first major events of the year was the abandonment of the merger project between TF1 and M6 on September 19.

The project dates back to 2021 but experienced several twists in 2022, before finally being completely aborted. Both groups had to resell several of their chains for the merger to take place, the Autorité de la concurrence fearing that this television super giant will not allow any competition in the market.

The objective was indeed to create a big player in television to weigh more heavily on the market and advertising, but also to better face other industry giants such as Disney and Warner Bros. Discovery.

But following the hearings before the Competition Authority and the change in the financial conditions of the groups, the Bouygues group decided on September 19 to abandon the merger project.

We remain in the TV sector with the conflict between TF1 and CANAL+ which lasted more than two months. On September 2, CANAL decided to stop broadcasting the channels of the TF1 group (TF1, TMC, TFX, TF1 Séries Films and LCI) because of a disagreement with the latter.

This cut in the channels had a strong impact on TF1’s audiences, which were already falling, and CANAL subscribers showed their anger on the web. On October 20, 2022, the court match the encrypted string thus legitimizing its decision still not to restore the channels of the TF1 group for TNT Sat subscribers. It was not until November 5 that the two groups sign a distribution agreement in order to restore the chains as of November 7.

The increase in the price of mobile and internet plans 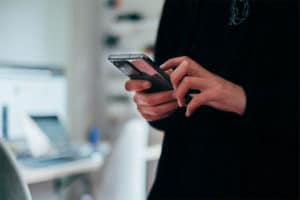 The year 2022 has been synonymous with inflation since the conflict in Ukraine. Between the general increase in prices, especially for energy and transport, bills are rising for many consumers.

But long before these official operator announcements, we have already seen that the prices of mobile plans and internet boxes increased during the last months of the yearwith increases sometimes of up to 2 euros more per month.

The takeover of Twitter by Elon Musk, and soon the resignation

One of the wildest deals of the year was the acquisition of Twitter by Tesla, SpaceX and Starlink boss Elon Musk. In April, the billionaire explicitly showed interest for the social network at the blue bird, But it was not until October 28 that the transaction of 44 billion dollars has been formalized and finalizedafter many legal actions between the two parties.

Since his arrival at the head of the social network, many things have changed. Already, the new boss has decided to lay off many employees to make the platform more profitable, and he has blocked the account of former boss Parag Agrawal and even that of Twitter founder Jack Dorsey.

But that’s not all because Elon Musk leads a fierce fight to fight against bots and for freedom of expression on the social network. This is why he has restored the accounts of users who were banned of Twitter, including that of the dear Donald Trump. The boss also carried out an overhaul of Twitter Blue, the paid version of the platform, which now costs 8 dollars and allows the certification of its account with the blue tick. And more to chaos what had sown this feature when it was first launched, Elon Musk decided introduce three different badges : gold for companies and brands, silver for governments and multi-lateral accounts and blue for celebrities and Twitter Blue followers.

But on December 20, Elon Musk posted a poll asking users if he should step down as Twitter boss, saying he would abide by the results. Among the 17.5 million votes collected in a few hours, 57.5% voted in favor, and the billionaire subsequently confirmed that he would leave the head of the social network when he finds “someone crazy enough to take over my job”. However, he will be responsible for leading the software and server teams of Twitter.

The arrival of Paramount+ in France

On December 1, a new player in the video-on-demand market moved to France. It is Paramount+, the SVOD service of the Paramount group. The latter had confirmed the news at the beginning of the year, but the launch did not take place until the beginning of December.

The platform offers “a mountain of entertainment” for the whole family for 7.99 euros per month or 79.90 euros per year. By subscribing, you have access to 9 channels: MTV, Paramount Channel, Nickelodeon, Nickelodeon Junior, Nickelodeon Teen, Game One, J-One, BET and Comedy Central.

The subscribers CANAL+ Cinema Series and CANAL+ Friends & Family can access the platform at no additional cost thanks to an agreement between the two groups, and new Orange Livebox subscribers can enjoy Paramount+ for 2 months for free.

The takeover of Scopelec by Circet

We end our recap of the year 2022 with the takeover of Scopelec by Circet, which was recorded on December 28. The cooperative society was placed in receivership in September after lost big contracts with Orange.

Scopelec had been a subcontractor of the incumbent operator for decades, but following the loss of these contracts, the company lost nearly 40% of its turnover in a short time, seriously weakening its financial health. .

6 candidates have sent their takeover project to the Commercial Court of Lyon in recent months, and that of Circet was officially selected on December 28. 1049 jobs will be saved out of the 2300 jobs that include the Scop and its subsidiary Setelen. This is less than what the Newscope initiative carried by employees of the cooperative proposed, saving 1457 jobs, but Circet is more financially solid for the court.

After an eventful 2022, 2023 should also be eventful for telecoms and tech.

Between the effective increase in internet and mobile operator prices, the launch of the common platform for HBO Max and Discovery and the successor to Elon Musk at the head of Twitter, next year will undoubtedly hold some surprises for us.

One thing is certain, the entire editorial staff wishes you a happy new year 2023!

TF1/CANAL+ conflict, price increase, takeover of Twitter, Paramount+… here is the recap of the year 2022