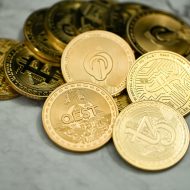 Joe Biden, accompanied by Vice President Kamala Harris, launched their plan to provide high-speed Internet access to low-income Americans. It mixes a large subsidy program, as well as an agreement with Internet service providers (ISPs) to reduce the price of subscriptions or improve their quality.

Cheaper internet for 48 million US households (!)

the access to Internet was already an imperative in the Western world of the 21st century, it has been accentuated with confinements and the emergence of telework. For the Vice-President of the United States, Kamala Harris, it has almost become a fundamental right, ” Every person in our country, regardless of income, should be able to afford high-speed internet and a high-speed internet plan “.

US Treasury Cracks Down on Cryptocurrency Mixers

The website Axios reports that the digital divide in the United States is primarily related to the cost of a subscription. Unsurprisingly, this is where the Biden administration decided to act.

As a first step, Congress passed an “Affordable Connectivity Program” (ACP), as part of the broad infrastructure law, ratified in November 2021. It consists of giving a subsidy of up to $30 to the most modest households so that they have access to the Internet from 1,300 participating providers.

Eligible are those who already receive federal assistance or those whose income is at or below 200% of the US poverty level. 48 million American households, 40% of households in the country, are eligible according to the administration.

ISPs agree to adapt their rates to the ACP

At the same time, Washington conducted negotiations with some twenty of the country’s largest ISPs: Verizon, Comcast, AT&T and Altice USA. They agreed to offer Internet offers at 30 dollars per month with a minimum speed of 100 Mb/s, “ fast enough for a typical family of four to work from home, do homework, browse the web, and stream high definition shows and movies ” deciphers the White House.

The example taken up in the American press is that of Verizon, which lowered the price of one of its subscriptions by 10 dollars per month. Another, Spectrum, doubled the speed offered to reach the threshold set by the ACP. Thus the poorest American households will be able to access the Internet for free.

Joe Biden welcomed a ” great example of what we can achieve when the federal government and the private sector work together to solve serious problems “.

According to Axios, 11.5 million households have already registered with the ACP. Organizations that distribute federal aid and associations have been mobilized to inform potential beneficiaries of this support plan.

Tens of millions of American households will have access to the Internet for free, or almost