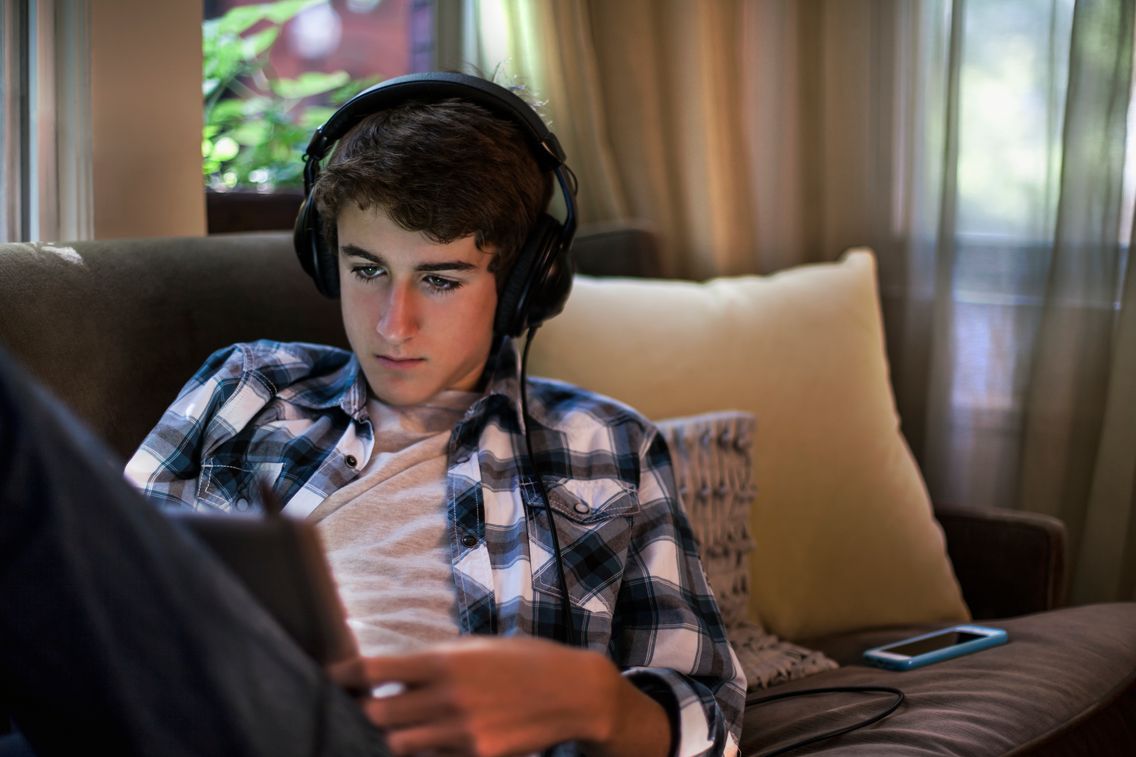 Teenagers estimate spending about five hours a day on the Internet on weekends. How, as a parent, can you protect them without being intrusive?

“Impossible to get him off his phone!” Screens still have a bad reputation among parents of teenagers, who seek to adapt to these new technologies which are taking an increasingly important place in the lives of young people.

How best to manage the relationship of adolescents to the Internet and social networks? This is what the guests of the show “Barbatruc” explain to us: Lucie Ronfaut-Hazard, digital journalist, Sophie Jehellecturer in information and communication sciences at the University of Paris 8, and Xavier de la Portejournalist at L’Obs and France Inter, producer of a podcast on digital in our lives: The code has changed.

The Internet is taking a growing place in daily life. For teenagers, it is also the place where they express their affective and social relationships through chat. It’s also the place they prefer to get information and entertainment, hence the importance of taking their online activities seriously.

It is not a question of monitoring everything, but of keeping a certain vigilance vis-à-vis the Internet and social networks. Teenagers can be very reflective and experience very intense ups and downs because of little things: “platforms complicate the lives of young people”Sophie Jehel tells us, and they are not able to manage everything on their own: be present and listen is the best thing to do.

Don’t try to cut everything

Should we remove their screens and accounts on the networks? Even if there are real dangers on the web, there are many opportunities.

Omegle.com, a social network that exposes our teens to child crime

It is a window on the world. It is important to accept that, in the world we live in, the Internet is part of their life; it is impossible to cut everything. According to Xavier de la Porte, “When you’re a parent, you tend to take refuge in solutions that are simplistic solutions”. For Sophie Jehel, absolute prohibitions do not work because they will no longer be able to speak freely about what they do – yes, they will still find a way to go on the Internet!

Saving off-screen time is essential by encouraging them to get involved in other activities (sport, reading, outings…), but that does not mean that everything they do on the Internet is without interest. Even though screens are often a boredom-buster, you don’t have to do something important all the time. On the contrary, keeping entertainment time is beneficial.

Teenagers are often grateful later when their parent has delayed their social media sign-up age. Avoid overexposing them from an early age, whether on their own network or that of the parents, is favorable.

Seek to understand their relationship to the Internet

No need to panic. The best thing is to try to understand the connection of teenagers with the Internet. There are different uses of screens: it’s not how much time they spend online, it’s what they do there.

They communicate, play, learn, share. The Internet is the place where young people’s growing demands for autonomy are expressed, the worst would be to try to control everything without seeing their point of view. It is for them a second reality that allows them to escape from the sometimes difficult experience of adolescence. “Staging your own form of life, which is itself changing, is an absolutely gigantic challenge”, explains Xavier de la Porte. They can become someone else, create a new image that corresponds to what they want to send back.

Do not try to educate him by mimicking the one you received when the Internet did not exist: “the dimension of transmission of values ​​must be transferred to a space that adults do not know”recalls Sophie Jehel. It is important to be interested in the platforms on which they are present to try to understand these social networks, bearing in mind, however, that your experience of these digital environments will be different from theirs because of the algorithms.

Also accept that he may not tell you everything and that he has the right to have his secret garden. Be there to help and support him when needed.

It is the alternative to ineffective overprotection in the face of new technologies. Talking with them about the risks of the Internet allows them to know how to deal with them adequately. Teenagers express difficulty finding people they trust to talk to about the problems they encounter online without having to fear the consequences: it is essential that their parents are present to listen to them and show kindness instead of demonizing uses. For Lucie Ronfaud-Hazard, “we must give them weapons because I think there is a real desire to understand”.

A first point to discuss with them: the algorithms. These transmit a certain vision of the world and a relationship to the body that can create complexes, especially among young girls who will compare themselves a lot to images published on the net. Talking to them about advertising and algorithms will allow them to no longer feel like a victim of social networks.

Raising awareness about cyberbullying gives them the means to prepare for it. During the micro-sidewalk of our reporter Juliette Prouteau, a young boy opens up: “When you talk to someone on the internet, you think, ‘I can say that because in fact, he’s never going to find me, he’s never going to know who I am’”. The anonymity of the networks allows violence to take its place : it is important to make young people understand that respect for others also applies online, and above all that you have to talk to an adult if you are a victim of it.

The Internet is a support in the construction of their identity and in their empowerment. Paradoxically, the public accounts they open participate in the creation of their private lives. They learn a lot of things through the Internet and also use it to educate themselves and study, especially through YouTube videos of teachers when they have not understood a lesson.

Teenagers are aware that we can invent a life on social networks and that they are not a reflection of reality. They describe these platforms as “worked” and “shallow”. They are also aware of cyberbullying at school and know how to react and help people who are victims of it. Girls in particular are vigilant and are aware of the dangers that can be encountered on the net. “Adolescents are much more reflective than you might think, about their own practice”says Xavier de la Porte: you can then trust them in their consumption of content.

Go further : listen to the show

Teens and the Internet: five tips for better management