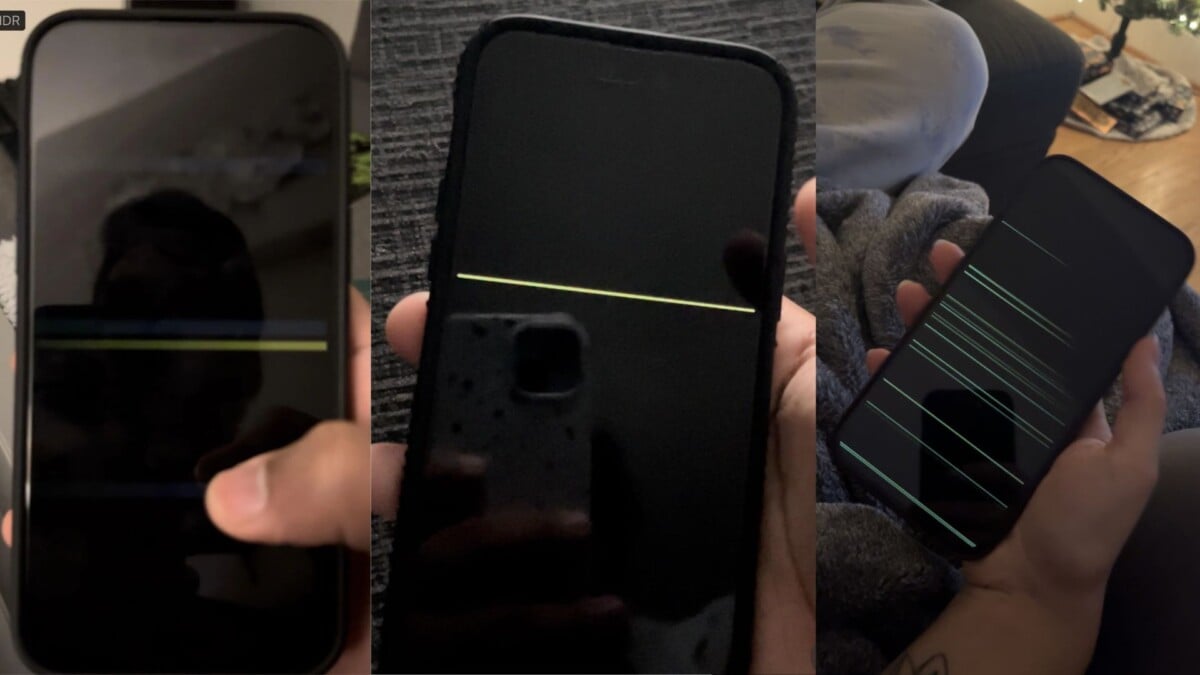 Several iPhone 14 users are reporting the same issue: lines appearing on the screen when turned on. A concern that does not occur systematically, but which remains disturbing. According to Apple, this is not a hardware problem, but a software one: in theory, an iOS update could put an end to it.

Although high end and recognized for their reliability, the iPhone are not smartphones free of technical worries and iPhone 14 no more. 9to5Mac reports that several users of the latest iPhone model, especially theiPhone 14 Pro Maxhave seen horizontal lines appear on their screen.

White lines when turning on the screen

On Reddit like on Twitter, many netizens have reported the same problem. When they wake up or turn on their phone, horizontal lines of various colors (green, white) and number can point the tip of their nose. Some only have this problem for a second on ignition, others longer.

This is not a technical problem according to Apple

This same person goes on to recount his visit to an Apple Store: “ They made a diagnosis, and everything is back to normal (green). The technician told me that there was no problem with the hardware, that it must be related to the software. He told me to reset my iPhone to start over and that might fix the problem “. However, even after this manipulation, the problem is still present, with iOS 16.2the latest version of the iPhone operating system.

The media 9to5Mac relays other stories, like that of a user who contacted the support ofApple : “ They ran some tests by taking the serial number and confirmed it was not a hardware issue “. A member of Apple’s support service further indicated that the brand was aware of the problem, which would be due to the drivers: ” an update should be coming soon “. On the other hand, for the moment, no viable solution is available, but Apple is aware of the software complication.

This is not the first technical problem encountered by the iPhone 14: accident detection has already been fooled by roller coasters, SIM card support could sometimes malfunction or the Wi-Fi connection could be cut off in standby. Software updates may have fixed these bugs.

Strange lines on iPhone 14 screens: It’s not a hardware problem according to Apple