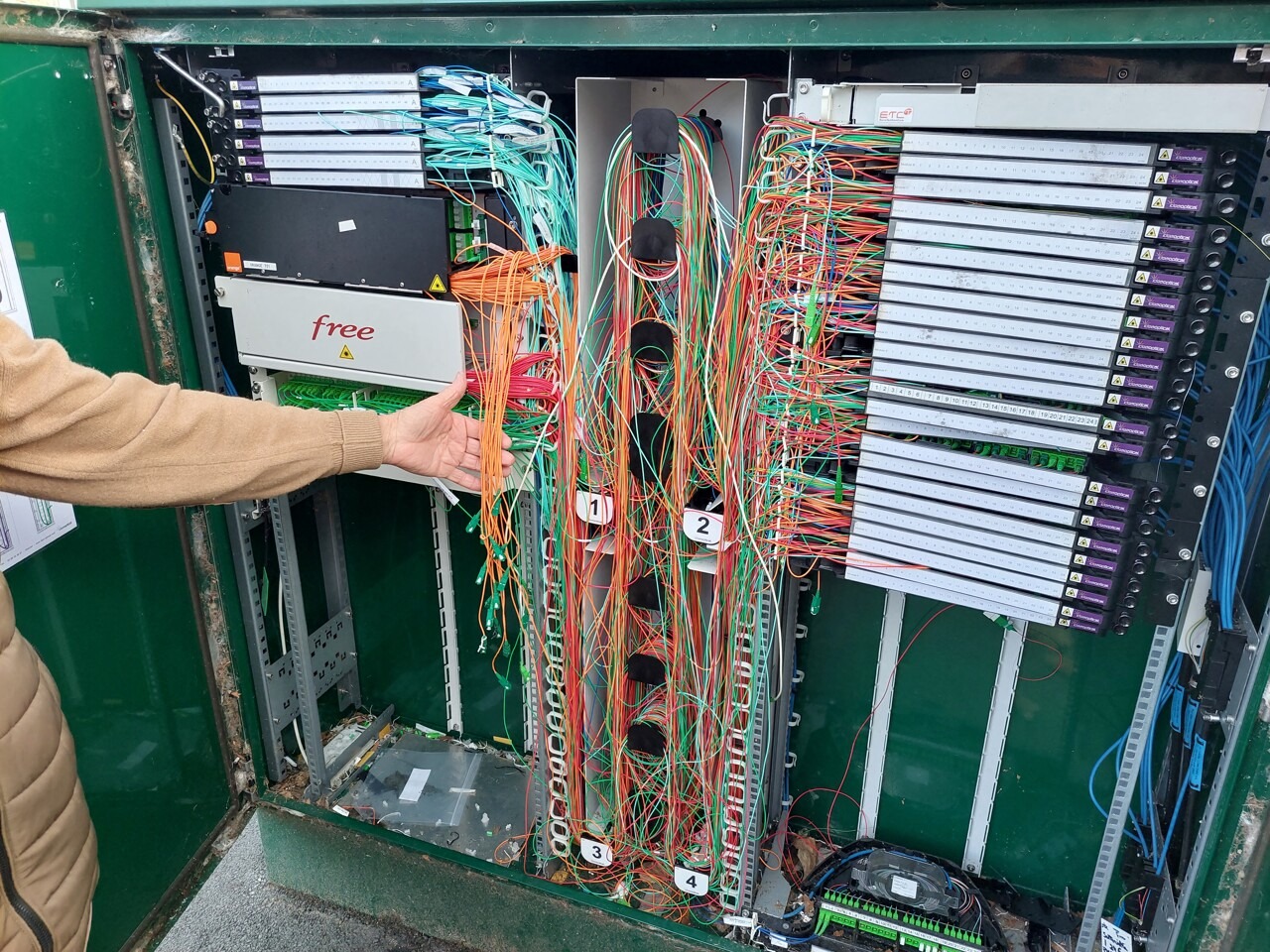 “The most difficult thing is not having information”, breathes Patrice-André Hery. This resident of Sotteville-les-Rouen (Seine-Maritime) is no internet connection via optical fiber for two months. And he still doesn’t know where the problem lies!

“You too, you no longer have the Internet?” »

The pensioner lives with his wife in a house in the Rue des Bruyeres Saint-Julien since July 2022. Previously, the cut resided in the countryside, in Aumale. “We had problems with the parabola. Arriving in town, we thought we would no longer encounter any problems connecting to the Internet thanks to fiber. »

But a breakdown occurs in mid-October. “In the neighborhood, several of us broke down on the same day, remembers Patrice-André. The weather was nice, the neighbors were enjoying their garden or walking in the street. We all asked ourselves the question: ‘Do you also no longer have Internet?’ »

Since then, the connection has been restored for some residents. Others found it “a few days” before being deprived of it again, says our interlocutor who exchanges with other shipwrecked fiber by WhatsApp. In response to his call on the Facebook group “You know you come from Sotteville-lès-Rouen when…”, Sottevillais have also reported breakdowns that have been dragging on for several weeks, Rue Victor Bertel or rue Francois-Raspail.

Patrice-André nevertheless warned Bouygues Telecom, its Internet service provider (ISP), from October 14, 2022. The operator provided a 4G key to its customer and suspended the collection of its monthly payments, while the outage lasts. “Bouygues sent us five technicians but they say they can’t do anything,” adds the retiree.

Contacted by 76news, the operator indicates that he dispatched a technician on site “on 17 October”. The latter “noted a degradation of the shared optical fiber connection cabinet, following an act of vandalism. Our technicians have been on site four times since October 17: November 3, December 5, 17 and 5, and systematically observed the vandalized infrastructure”.

This wardrobe, Patrice-André was able to show us the state of it, at the end of November. Indeed, its doors are no longer locked. Threads of all colors are tangled in all directions – the famous “noodle packets”, as we say in fiber optic jargon. Pieces of cables and optical connectors are lying on the ground.

Bouygues and SFR pass the buck

However, as of December 7, SFR claims not to have been warned. “There is no incident ticket opened by Bouygues Telecom for this customer”, notes Franck Coudrieau, regional delegate of Altice-SFR.

For his part, Patrice-André says he declared the incident four times to XpFiber (subsidiary of SFR responsible for the deployment and maintenance of the fiber network) via an online form. “I never got an answer. »

“It is up to the commercial operator to take the steps with the infrastructure operator. If he hasn’t done it, it’s because the problem is not on the network, ”replies Franck Coudrieau. According to him, “no service continuity problem has been identified between the NRO [nœud de raccordement optique, le lieu où convergent les lignes des abonnés d’un même quartier ou d’une même ville, NDLR] and the cabinet in question”.

“It may be a disconnection at the level of the cabinet; in this case, it is up to Bouygues Telecom to reconnect its customer, ”advances the regional delegate of Altice-SFR. How is it possible ? “Each internet service provider has the freedom to access the cabinets to connect their subscribers. It happens that unscrupulous service providers disconnect customers if they run out of space to connect others. »

“That’s also how we end up with cupboards with smashed, unhinged doors, which we try to renovate as we go along,” laments Franck Coudrieau. Behind these dysfunctions, the operators’ recourse to a myriad of subcontractors sometimes unscrupulous, to connect their customers, is singled out. This is for example the case in Evreux (Eure) Where in the Val d’Oise.

“No black sector in Sotteville”

Nevertheless, the City ensures “to do the maximum from the point of view of its skills” to “facilitate” the resolution of breakdowns when they arise. “We regularly send emails to the operator. “However, “to our knowledge, there is no black sector in Sotteville” which “tends towards 100% fiber connection”, we emphasize at the town hall.

According to Patrice-André, a new intervention by Bouygues Telecom is scheduled for Monday, December 12, 2022. “I cross my fingers”, he slips.

Was this article helpful to you? Know that you can follow 76actu in space My News . In one click, after registration, you will find all the news of your favorite cities and brands.

Sotteville-les-Rouen. The galley of this inhabitant deprived of optical fiber for two months