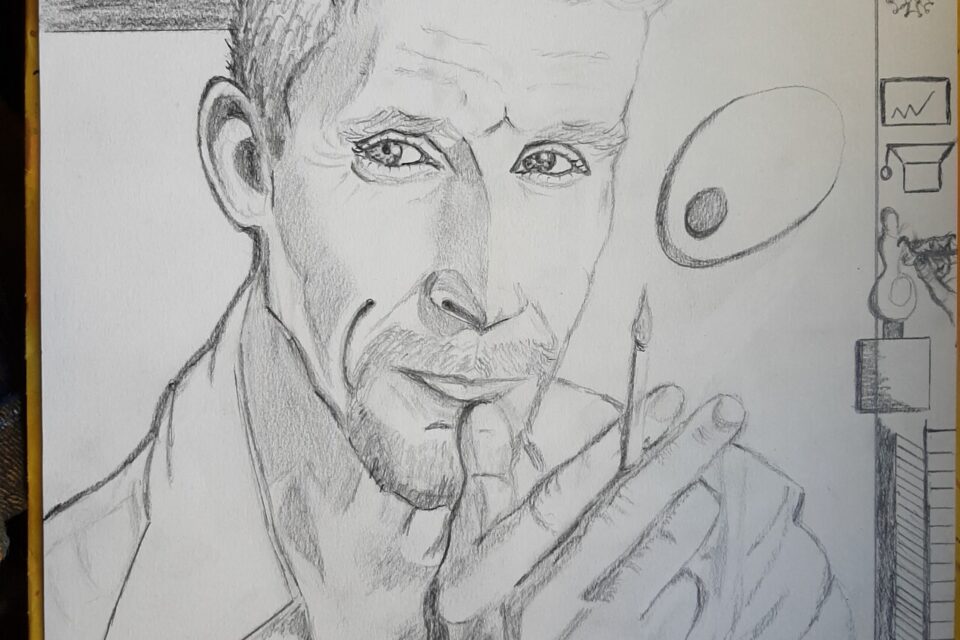 
The Briard Country
See my news

As we approach the thirtieth anniversary of his death and that we celebrated last year its centenary, Robert Lapoujade, total artistis sometimes well forgotten… Born January 3, 1921 in Montaubanhe died on May 17, 1993 in Saincy, small Briard hamlet of Bellot. This is where he had chosen to live, far from the sterile bustle of Paris, since 1964. A loyalty that says a lot about his attachment to his small adopted country.

And, in Brie, we have not forgotten this stay since on the site of the commune of Bellot, we can read today: “Robert Lapoujade, painter, sculptor, filmmaker, novelist and essayist settled in Saincy in 1964. A misanthrope, he was a complex and rich, brilliant and sulphurous artist. Died in Saincy on May 17, 1993, he left behind him a considerable body of work and is buried in the cemetery of Bellot. »

A street in Bellot bears the name of Robert Lapoujade as well as a square in his hometown, Montauban.

The tribute paid by the daily Le Monde, two days after his death, on May 19, 1993, summed up, in its first paragraph, the image that attached to the man who fled trade with his contemporaries: “Death of a provocateur: for three decades, from the end of the war to the beginning of the 1970s, Robert Lapoujade never stopped questioning established certainties, disturbing recognized categories and disconcerting. A prolix and powerful painter, he is still the author of a dozen short films and two feature films. Painter and filmmaker, he still manifested himself in essays, articles and declarations, which he liked to be polemical. This shows the scope and variety of his work. The era took its revenge: although he continued to paint, it no longer offered him exhibitions after the end of the 1960s. As for his third film, it could not be completed for lack of funding. It was symbolically called the Memoirs of Don Quixote. »

A committed citizen, Robert Lapoujade could indeed be compared to Don Quixote… His friend, Olivier Revault d’Allonnes, philosopher, academic and aesthetician (1923-2009), wrote of him: “The life and work of Robert Lapoujade can appear as webs of contradictions. His life: that of a relentless worker, who nevertheless did not dig the same furrow for long, who knew how to interrupt one project to embark on another, who did not really believe in outside jobs, such as those of teaching, to which he gave himself with fervor. A man also for whom loves are always true, are said in the feminine plural. »

During the Second World War, he had to go into hiding to escape the STO (Compulsory Labor Service for the Germans). Living hidden in the woods, he had pursued his artistic creation thanks to the materials he found there… And it is perhaps from this period that his civic commitment dates… His friend Olivier Revault d’Allones still said of him, after his death: “Here is a man who spent his life thinking only of painting, and who was nevertheless a conscious and “committed” citizen. Witness the paintings on torture during the Algerian war; more recently, on the atomic bomb on the riots, the “demonstrations”, the concerts of rock music, etc. Lapoujade, in his thebaid of Saincy, hardly put down his palette except to watch television. Paradox? No. He told me several times that it brought him “images”, a word which tortured him, and which he nevertheless loved. He boasted of being able to “cliché” an image. However brief it may be, in its details, in its essential meaning, and then to be able to work on it and, not “return” it, but return to it this truth that the media neglect or hide. ”

Somewhat forgotten, nearly 30 years after his death, Robert Lapoujade undoubtedly deserves to be better known… After the scientific days devoted to him in September 2021, the creation of this website by the Robert Lapoujade Association will undoubtedly help very much doubt…

Was this article helpful to you? Know that you can follow Le Pays Briard in space My News . In one click, after registration, you will find all the news of your favorite cities and brands.

Seine et Marne. A website to promote Robert Lapoujade, painter who died in 1993