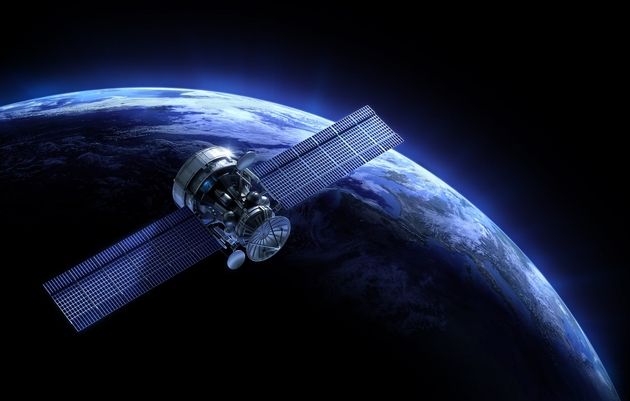 Cruel disappointment for Europe in space. The destruction in flight of its new Vega-C rocket, on Tuesday, December 20, temporarily puts it back from the competition against the Americans and the Chinese. For more than a year, before the commissioning of Ariane 6, the Old Continent was left without a launcher. This raises the question of European sovereignty in the field of internet by satellite.

Unable to use the Soyuz promised before the war in Ukraine to Arianespace, the former British operator OneWeb, now flying the French flag since its recent merger with Eutelsathas thus turned to the American SpaceX and the Indian New Space India to deploy its constellation of satellites.

This bad news comes as major maneuvers have begun on the satellite internet chessboard between the incumbent commercial satellite operators and the newcomers, SpaceX’s Starlink and Amazon’s Kuiper.

In this area, Europe was one step ahead. A French company created in 1977, Eutelsat has put into orbit a fleet of 37 satellites covering Europe, the Middle East, Africa, Asia and large areas of the American continent. The British Inmarsat was born two years later in 1979. Like Eutelsat, it chose to launch geostationary satellites (36,000 km altitude) to bring the Internet to white areas.

The new entrants have made another choice. Multi-billionaire Elon Musk’s Starlink is based on a network of some 3,000 satellites in low orbit (550 km) and 12,000 in the long term. By thus reducing the distance of round trips between the Earth and space, the service gains in performance. Starlink shows an average download speed between 50 and 200 Mbit/s. The latency would be reduced to around 20 ms against more than 600 ms for traditional satellites, he explains on his site. This would pave the way for streaming, online gaming and video calling.

Starlink claims more than 700,000 subscribers in forty countries, including 10,000 in France. In France, the subscription price was halved this summer to 50 euros per month. According to The world, the price of his dish here sold at a loss. It is currently set at 450 euros against more than 1,000 dollars (940 euros) in cost price.

Startlink, like its competitors, is targeting some 670,000 French households that will still not have fiber by 2025 according to the annual Very High Speed ​​Observatory, published last June by the sector federation Infranum, Banque des Territoires and Avicca. Unlike a NordNet operator which uses Eutelsat, the American does not, however, benefit from financial aid from the State to equip individuals.

Kuiper and SES on the starting blocks

Starlink is not, however, alone in this market for low-orbit satellites. With the acquisition of OneWeb, Eutelsat is also present in this segment. Luxembourg’s SES (European Satellite Company) launched the first two O3b mPOWER satellites on board a SpaceX Falcon 9 rocket on December 16. Commissioned in 2023, the connectivity system will be operated by Orange and its Senegalese subsidiary Sonatel, announces the APS agency.

2023 should also be the year of Kuiper’s start. Amazon plans the launch of two satellites early next year with not Blue Origin, another company of Jeff Bezos, the founder of the e-commerce giant, but United Launch Alliance (ULA). By 2029, the Kuiper constellation should consist of 3,236 satellites.

Finally, a last unexpected actor should invite himself into space. In mid-November, the European Union decided to acquire its own constellation of telecommunications satellites, with a dual purpose, both civilian and military. A project valued at 6 billion euros. baptized IRIS²for Infrastructure for Resilience and Secure Interconnection by Satellite, this sovereign constellation will bring, according to The echoesInternet services in white areas and will serve regions “friendly” to the EU, particularly in Africa.