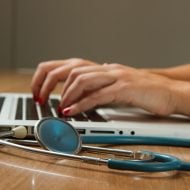 On the night of Monday October 17 to Tuesday October 18, around 3 a.m., a fiber optic cable that supplies the Western Internet from the north of Europe to Marseilles, was severed at Aix-en-Provence.

According Zscalerthe company in charge of restoring connectivity, all the saboteurs had to do was lift the cast iron cover of a telecom chamber dug under the roadway and cut through the sheath in which the fiber-filled cables pass… Because of this incident in Aix-en-Provence, several countries in the world have experienced internet shutdowns. Indeed, the sabotage of this cable had effects on submarine cable connectivity to Europe, Asia and the United States.

In the same category
Health data: why is this a crucial issue for France?

The incident in Aix-en-Provence also resulted in significant data loss and increased response latency for hundreds of websites. Zscaler indicates that it has already carried out ” routing adjustments to mitigate impact ”, but many users are always facing cuts. Several global providers that carry Internet traffic over this cable are affected.

Luckily, the repairers moved quickly to the scene of the incident near Aix-en-Provence. Nevertheless, they had to wait for the police to do their job of collecting evidence before they were allowed to work on repairing the damage. In detail, the incident impacted three links: Marseille-Lyon, Marseille-Milan and Marseille-Barcelona. An incident reminiscent of that of April 2022.

In the spring, cables linking Paris-Lyon, Paris-Strasbourg and Paris-Lille were also cut on the night of April 26 to 27, a malicious act was also singled out. As for Aix-en-Provence, the Ministry of the Economy had admitted that it was possible that the “ severed pipes can be acts of vandalism.

Coincidentally, at the same time, cables were also damaged in the United Kingdom. Indeed, an undersea cable linking the Shetland Islands to the Scottish mainland was also affected, leaving internet users on the island isolated from the rest of the world. Today, the 23,000 people of the Shetland Islands are still unable to call emergency services as communications have been affected across the board.

The country’s authorities are urging residents not to make unnecessary calls, as the few lines available must remain open for emergencies. The incident comes as technicians were already working to repair the Faroe Islands-Shetland link, which was also cut last week. Cuts to these undersea cables are said to be caused by fishing boats, although it is unusual to have two simultaneous incidents.


Explore our social media accounts and also other related pageshttps://yaroos.com/related-pages/