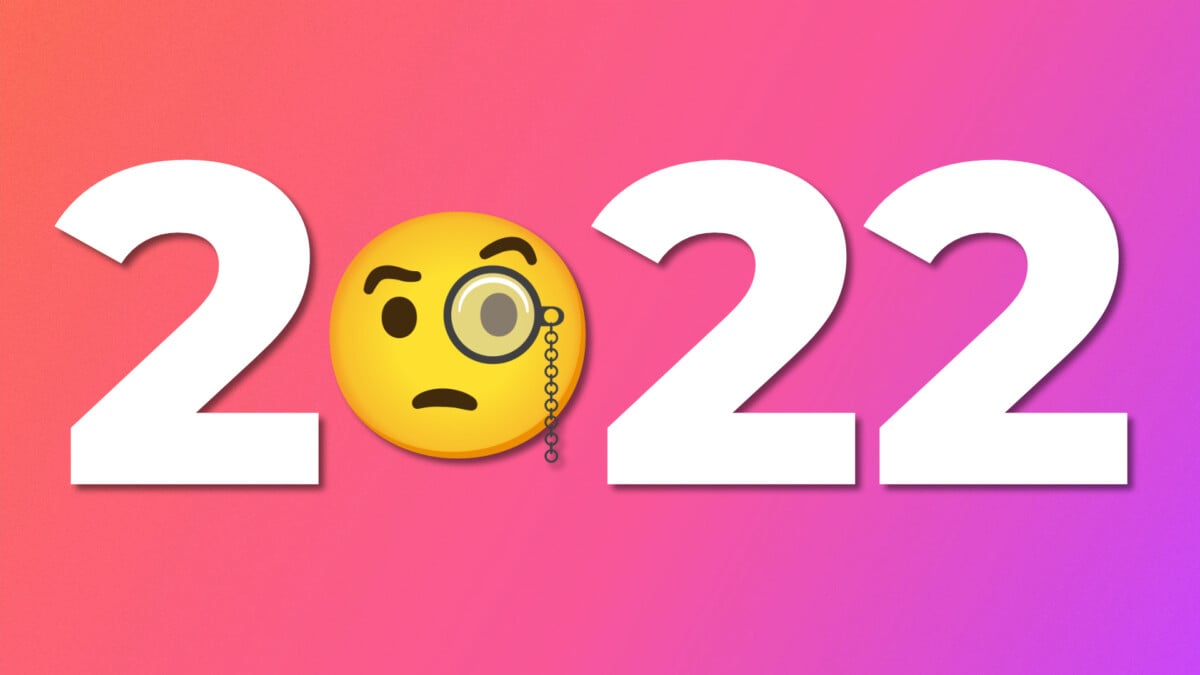 2022 is ending. Let’s take advantage of this New Year to come back quickly, month by month, to 12 news items that have punctuated the year.

January: the announcement of the takeover of Activision Blizzard by Microsoft

January 2022: earthquake in the world of video games. Microsoft announces acquisition of Activision Blizzard King for the modest sum of 68.7 billion dollars. The news is already historic in itself, but we had no idea yet of the magnitude that this extremely lively soap opera was going to take.

We have even concocted a file to explain Everything you need to know about Microsoft’s complex takeover of Activision.

Samsung Mobile’s year really started in February. It is indeed the month when the South Korean giant launched its Galaxy S22, Galaxy S22 Plus and Galaxy S22 Ultra. Despite less than usual critical reception, this product line is still crucial in the Android phone market.

The Samsung Galaxy S22 Ultra — that we were able to use for many months — has also established itself as being best smartphone for photography.

March: the tech world against Russia

At the end of February, Russia goes to war against Ukraine. The armed conflict obviously has serious consequences for the populations concerned on the front line and on the international scene. On the tech side too, this invasion had several impacts from March, starting with a latent threat of scarcity. Russia and Ukraine are indeed both major suppliers of materials used in the production of semiconductors. The production of electric cars has also been undermined.

However, the tech sector is also political. It is therefore no surprise thatApple has ended its sales in Russia before to be tracked by Samsung and several other weight brands, like Netflix which suspended its service there. We can also cite Google Maps and Apple Maps no longer showing traffic information in Ukraine so as not to compromise the population. For his part, Elon Musk had decided to position its Starlink satellites above Ukraine to compensate for a possible Internet outage.

One of the main tech topics of the year 2022 was caused by the Old Continent. Indeed, by imposing it as the mandatory standard for wired charging, European Union forces iPhones to switch to USB-C for wired charging. However, Apple smartphones have always integrated proprietary Lightning connectors.

For Apple, this political initiative is a brake on innovation. For the EU, it is a way to reduce electronic waste by allowing users to have only one charger for all their devices. Gold, it was in April that the first agreement to implement this measure was reached.

In May took place the Google I/O 2022 with its lot of new features. The opportunity to officially discover the Google Pixel 6athe watch PixelWatchheadphones Pixel Buds Pro. The Mountain View firm even took the opportunity to teaser its Pixel Tablet and, even more surprisingly, connected glasses.

This high mass also allowed us to take a first look at the Pixel 7 and to have some information on Android 13. Two subjects to which we return a little later in this article.

After the Google I/O, place to Apple’s WWDC 2022 ! The conference dedicated to developers was an opportunity to unveil, among other things, the Apple M2 chipand the Macbook Air M2 . It is also on this occasion that the list of smartphones compatible with iOS 16was unveiled, as was the pleasant novelty customizable lock screen. Enough to prepare for the September keynote.

July: the arrival of BYD in France

In the top 3 electric car manufacturers, it is a Chinese brand that ranks second. However, the latter was until now not officially present with us. In July 2022, this was corrected. This is indeed the time when BYD has announced that it will sell its vehicles in Europe starting in the fourth quarter.

In the aftermath, the manufacturer was present at the Paris Motor Show. And the objective of the group will obviously be to mess with Tesla .

In August, after several months of Developer Preview and then beta, Android 13has tumbled into a stable version. Despite some notable new features, this version consists mainly of refining a few elements ofAndroid 12. We especially hope that the deployment of updates on compatible models will be done quickly to avoid perpetuating the excessive fragmentation of Android.

Some brands are showing very encouraging signs like Samsung and its One UI 5 interface.

Back to school is usually animated by announcements from Apple. 2022 was no exception. The apple firm thus took advantage of his september keynote. We especially remember the formalizations of several products: iPhone 14, iPhone 14 Plus , iPhone 14 Pro and iPhone 14 Pro Maxfor smartphones. In addition, the three watches: Apple Watch Series 8 , Watch SE (2022)and Watch Ultra. Don’t forget the headphones AirPods 2 .

October was a very busy month for new products, especially on the smartphone side. The eyes of tech enthusiasts have obviously turned a lot towards the Google Pixel 7and Google Pixel 7 Pro.

These two smartphones have scored a big blow after the iPhone 14 by maintaining the same prices as their predecessors while bringing new features and interesting features. The emphasis is always on photo capabilities and the Pixel Experience interface that is pleasant to use.

Twitter was bought by Elon Musk in 2022 . However, it was especially from November, once the acquisition was completed, that the influence of the billionaire, boss of Tesla and SpaceX, was felt on the social network. To start with the $8 subscription for Twitter Bluewhich allows, among other things, to display a verified badge on the profile of which the first steps are particularly complicated .

More generally, it is Elon Musk’s assumption of responsibility as CEO of Twitter has been chaotic between mass layoffs and impersonation of official accounts. The businessman was noticed by his controversial stances on freedom of expressionand by some surprising steps. For example, he organized a poll on whether he should step down as CEO.

The survey in question actually had no role. Elon Musk had already decided to find a successor but will retain a key role in Twitter.

In December… back in January! The takeover of Activision by Microsoft announced at the beginning of the year caused much ink to flow throughout the year. The main question is whether this maneuver is indeed a threat to healthy competition in the industry. For example, one of the concerns was to see License call of duty disappear from Sony PlayStationsby passing into the hands of Microsoft (and therefore Xbox).

However, in December, another blow. US decides to sue Microsoft to prevent takeover . Without surprise, the Redmond firm hastened to reactby supporting its arguments to convince that this acquisition was healthy for the video game.

2022 was also marked by less obvious news to place precisely on the calendar. We picked three.

According to a recent INSEE report, consumer prices rose overall by 6.2% in France in one year. The vast majority of sectors have therefore been affected and the tech market has not escaped inflation.

Whether it is the price of new devices launched on the market or the price of service subscriptions, inflation has been closely linked to many news. It would have been difficult not to mention this phenomenon among the highlights of 2022.

The eventful year for cryptocurrencies

2022 has not been a good year for cryptocurrencies. Bitcoin and Ethereum prices have fallen significantly throughout the year. To make matters worse, FTX declares default towards the end of the year. However, it was one of the main cryptocurrency trading platforms and its insolvency caused many concerns for people who had invested money in it. Not to mention the sports and esports teams sponsored by FTX who also have to deal with complications following this collapse.

Finally, another major event marked the year 2022 of cryptocurrencies: I named The Merge. This is the name of the radical change that took place on the Ethereum blockchain which went from a principle of proof of work to proof of stake. Without going into details, it is important to know that thanks to this pivot, mining on Ethereum consumes much less energy.

Thus, since there is no need to deploy astronomical energy in mining Ethereum, the demand for graphics cards will be able to lighten up. Enough to avoid reliving the major shortages that hit the GPUs.

Fears around the energy crisis

As mentioned above, the war in Ukraine had several repercussions. Among them, the soaring electricity prices in France – which is also due to the shutdown of certain nuclear reactors managed by EDF.

Everyone is invited to carefully monitor your energy contractand to take an interest in what may or may not bring peak hours . On the telecom side, Orange even warned: telephone networks could suffer cuts this winter .

There are also concerns about electric cars: will it be possible to recharge them serenely in winter?The French government has a plan to deal with this problembut get ready anyway a price spike.

At home, you can possibly connect your electric radiators to save money.

Retrospective: the 12 outstanding news of 2022 in tech