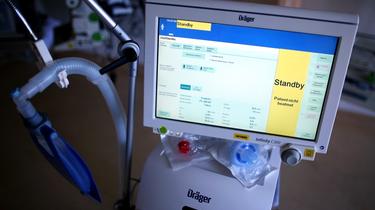 While the scenario of power cuts does indeed exist for this winter, it could result in a breakdown of mobile telephone networks.

Will the use of mobile phones also be disrupted by possible winter power cuts? Whereas the executive blows hot and cold on the likelihood of such a scenarioin the event of an energy production deficit, the telephone operators explained that their services could suffer the consequences.

Indeed, if the fixed networks could be protected by the local communities, by registering their infrastructures on the list of the sites to preserve cuts, concerning the mobile telephony, the number of antennas is too important and makes the idea impossible to apply . Therefore, the possibility that one or more of them are taken in a load shedding zone exists.

Mobile networks not made to operate autonomously

Added to this is the fact that the technical sites of the fixed Orange network (through which all operators pass) are equipped with batteries that can last several hours in the event of a cut, while those fitted to the mobile antennas are too weak, indicated the director of communication of the operator, at internet journal. It is estimated that they can operate on average for thirty minutes, whereas load shedding is scheduled to last two hours in the same area. “The discussions we have within the French Telecoms Federation tend to show that mobile networks (and not only that of Orange, editor’s note) have generally not been designed to operate independently unlike fixed networks” , she said.

It would therefore be possible that the mobile network of an area cut off from electricity also falls flat, for a period of time. This would therefore make it impossible to use the services passing through this channel (call, sms, applications without internet access, etc.).

What solutions to avoid the scenario?

To avoid such a situation, operators are trying to develop solutions with Enedis. The primary goal is for network nodes to be exempt from outages. Otherwise, depending on the size of the cut areas, the possibility of passing through another antenna is studied, but their range varies greatly from one place to another (500 meters in a large city, 1 to 2 kilometers in an average city , up to 30 kilometers in the countryside).

While Enedis should communicate the areas concerned by a cut the day before for the next dayOrange asked to extend this period, to better adapt.

In addition, operators are working on parallel measures to avoid reaching cuts, using a sobriety plan. Orange thus plans to “switch several thousand fixed network installations to batteries for one hour a day, (…) to save over this period of time the instantaneous consumption of an average city of 40,000 inhabitants”. Iliad (parent company of Free) wants to turn off frequency bands at night, for a drop in electricity consumption of more than 10% of a site, without repercussion on services.

Power cuts: will the mobile phone network be disrupted?