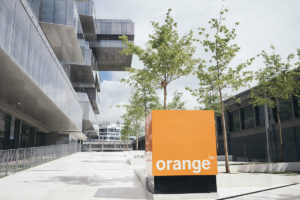 Christel Heydemann was invited to the TRIP 2022 colloquium to give a speech. The opportunity for the new leader of the Orange group to come back to various subjects such as fiber, the new deal, 5G or even the closure of the copper network.

The spring 2022 TRIP (Territories and Public Initiative Networks) colloquium was held on June 1 and 2 in Paris. During these two days, the progress and developments in terms of digital development were presented by the sector, while there was also talk of the quality of fiber networks from the point of view of local authorities and experts, and the responses provided by the sector.

The director of Orange, Christel Heydemann, gave a speech during this symposium to discuss several topics related to digital development.

14% of fiber subscribers are with Orange

She first wanted to highlight the operator’s commitment to local authorities, then returned to fiber optics. Since 2020, the pace of subscriptions has accelerated and France now has 14 million fiber subscribers of which more than 40% to that of Orange.

The pace of fiber deployment is sustained, but the end of the project, which will begin in 2023, could also see the end of full employment in this sector.

Europe has nearly 56 million connectable households and according to Christel Heydemann, Orange is the operator “the most recognized on this technology”. In France, Orange operates 23 public initiative networks and plays a “driving role” in these networks with the deployment of nearly 2 million sockets.

Deploy fiber for all

The leader of the Orange group then returned to the new company Orange Concessions launched in last novemberwhich is part of a “collaborative and partnership approach”. According to her, this structure testifies to the operator’s desire to deploy fiber for all French people and in particular in rural areas. The objective is, by 2025, to operate 4.5 million FTTH sockets in 6,500 municipalities.

Christel Heydemann also mentioned the subject of the new deal signed in 2018 between all the operators and the State, which then had a dual objective: the absorption of white areas and the improvement of 4G coverage in the country. And at the end of 2020, it indicates that almost all Orange sites were on 4Gvia a regional network with more than 27,000 mobile sites.

As for the 5G launched in December 2020 by the operator “despite reluctance”, the boss of Orange believes that today the main fears have been lifted. The deployment is following the objectives set, with nearly 900 municipalities covered at the end of 2021, i.e. around 14% of the population.

The group is also continuing to modernize its fixed and mobile infrastructures, with the shutdown of 2G and 3G networks by 2025 and 2028, to free up frequencies for 4G and 5G.

Closure of the copper network

Christel Heydemann recognizes that “If the fiber optic project is an undeniable success, we must now remain mobilized to complete the most difficult final stages”. She asserts that Orange is facing difficulties, particularly in terms of quality of service, a subject to which she says she pays particular attention.

But the historic operator also has another pharaonic project, that of the dismantling of its copper network. “For financial, operational and environmental reasons, it is unthinkable to operate two networks in parallel” according to the leader of Orange.

She recalls that a plan for 2030 has been presented to the regulator, and that the first lesson from the experiments carried out since 2020 is that “Closing the copper network cannot be carried out solely by the infrastructure operator, it is a collective challenge, essential to all players in the country, and everyone must take their share of responsibility” that is to say, according to it, commercial operators, FTTH operators, operators of alternative solutions, public authorities, Arcep, and local authorities.

Finally, Christel Heydemann ensures that Orange, which invests 500 million euros each year in this project, “remains fully mobilized to ensure the maintenance of its network, which is still essential to thousands of French people” because “a closure plan is not a plan to abandon copper”.

Happy to share with the communities gathered at the#Aviccathe major projects of@Orange : FttH, quality of service, modernization of fixed and mobile networks, rules and economic challenges of the market. These challenges can only be achieved with the territories!
@P_Chaize pic.twitter.com/7awvQ5xvb2

Orange: Christel Heydemann returns to fiber and the closure of the copper network – alloforfait.fr