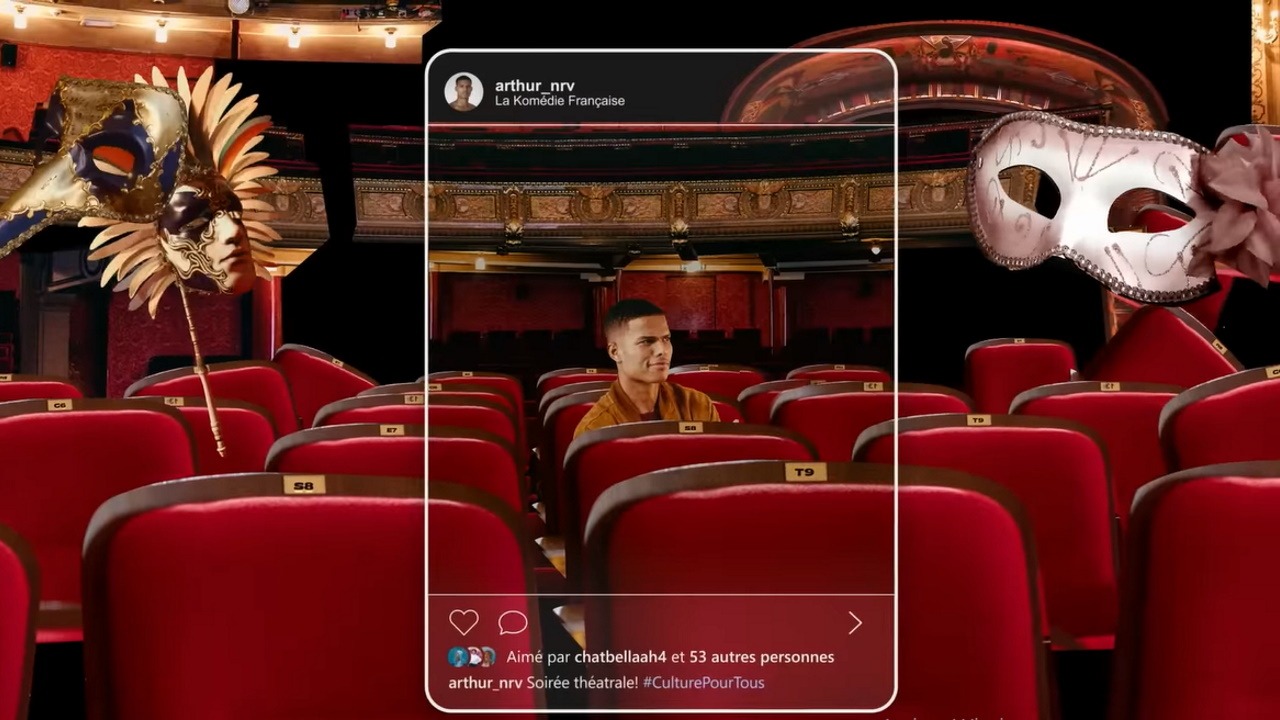 NRJ Mobile honors Generation Z in its new marketing campaign through two advertising films. The music used for the commercial is the song by artist Lewis OfMan titled “Boom-Boom”.

NRJ Mobile ads: totally worth it

The operator’s new advertising campaign NRJ-Mobile was entrusted to the Romance agency. It depicts the daily life of those who are now called “digital natives”. This new generation that was born in the age of the Internet and lives to the rhythm of social networks. The campaign is divided into two films that perfectly combine humor and derision to show the importance of virtual life in the daily lives of young people. NRJ Mobile, which is now owned by Bouygues Telecom, which is still claiming its leading positionhighlights its offers for this ultra-connected generation.

Manon and her ex

In this first ad, we meet Manon. It is about a young girl who shares her whole life on social networks. We see her taking a picture of her meal at the restaurant. A shrimp allows itself a comment: “Do you really think that Manon, she finds us so stylish? No ! If she posts this photo, it’s because she wants her ex to see it and say to himself: hey, hey, Manon, she’s in Marseille! And there, he will remember that he laughed a lot more with Manon than with his Laëtitia. Then, little DM: hey, see you? She, she will first drop him a saw, to pretend. Then answer him, oh yeah, why not? Come on, bye bye Laëtitia. Welcome back Manon. Will it work? Not sure ! But with the 100 GB package from NRJ Mobile, at 12.99 euros, to perhaps recover your ex, it’s totally worth it! “.

Arthur and the arts

In this second commercial, the star is a young man named Arthur. We meet him when he poses in an art gallery and posts the photos on his social networks. The exposed painting then goes on with its commentary: “Does Arthur really love art? Uhhh… No! If Arthur posts this photo, it’s because he’s tired of this image of a super handsome and super good-looking guy. What he wants is for people to think he’s super cultured. So he posted himself with a book, at the theater and even in glasses and a turtleneck. But, all people remember is that (his muscular athletic body). So he got into art with a capital A, like in Arthur. Will it work? Not sure ! But with NRJ Mobile’s 100 GB package, at 12.99 euros, to try to show that you’re not just very, very, very beautiful, it’s totally worth it! “.

What is the music of the NRJ Mobile ad?

To launch its new advertising campaign, NRJ Mobile opted for a song by Lewis OfMan. This is the title “Boom Boom” The title is taken from the artist’s first album released in 2022 and titled “Sonic Poem”.

Lewis OfMan is a drummer and multi-instrumentalist of French nationality. It evolves in the musical genre of techno. He had to compose and produce for many artists like Lana Del Rey, Friday on the Sea, Fakear or ichon to recite nobody else but them. After releasing several EPs and being requested and encouraged for a long time, he finally released his first album in 2022.

Music from the NRJ Mobile ad: totally worth it