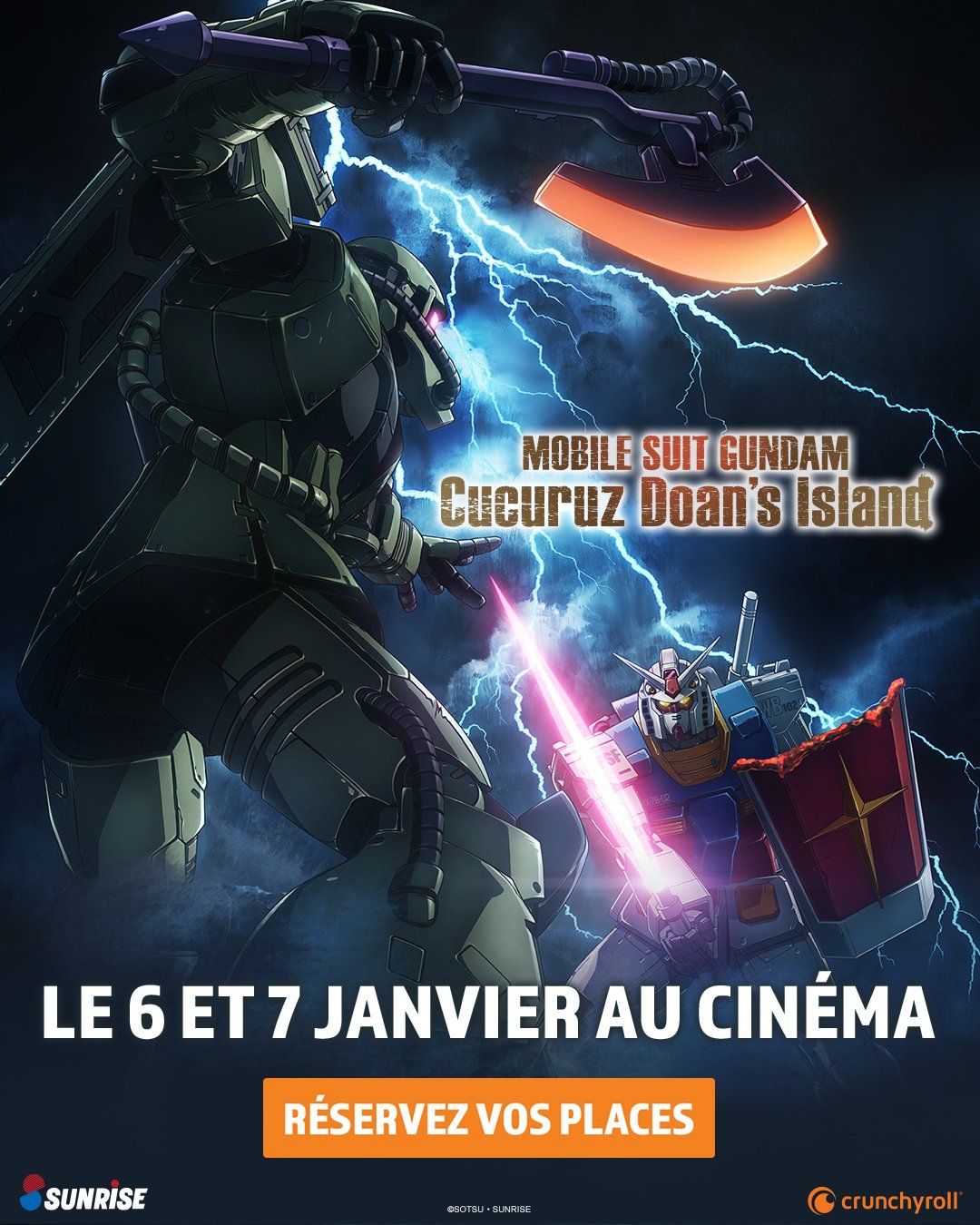 We told you about it a few months ago: The film Mobile Suit Gundam: Cucurus Doan’s Island will be released in our cinemas in January. As this release approaches, we know more about the rooms concerned.

The huge Yoshikazu “Yas” Yasuhiko is therefore very much in the spotlight, with us, for this end of the year. After the announcement of Arion and Venus Wars this Friday, Crunchyroll unveiled the broadcast information for the latest film in the Gundam saga, directed by the multi-faceted artist.

Distributed by the publisher, the film will be offered on January 6 and 7, 2023 in various theaters across France, Belgium and Luxembourg, ranging from chains such as CGR, Geaumont and Kinépolis, to independent cinemas. The list of establishments concerned can be found at this address. If the distribution seems much less important compared to the footage previously distributed by Crunchyroll, the confirmation specifies that new rooms could be added to this list.

Note that a bookplate illustrated by Yoshikazu Yasuhiko will be distributed in very small quantities, namely 750 copies. Don’t hesitate to get closer to your cinemas to find out whether or not they are affected by the operation. 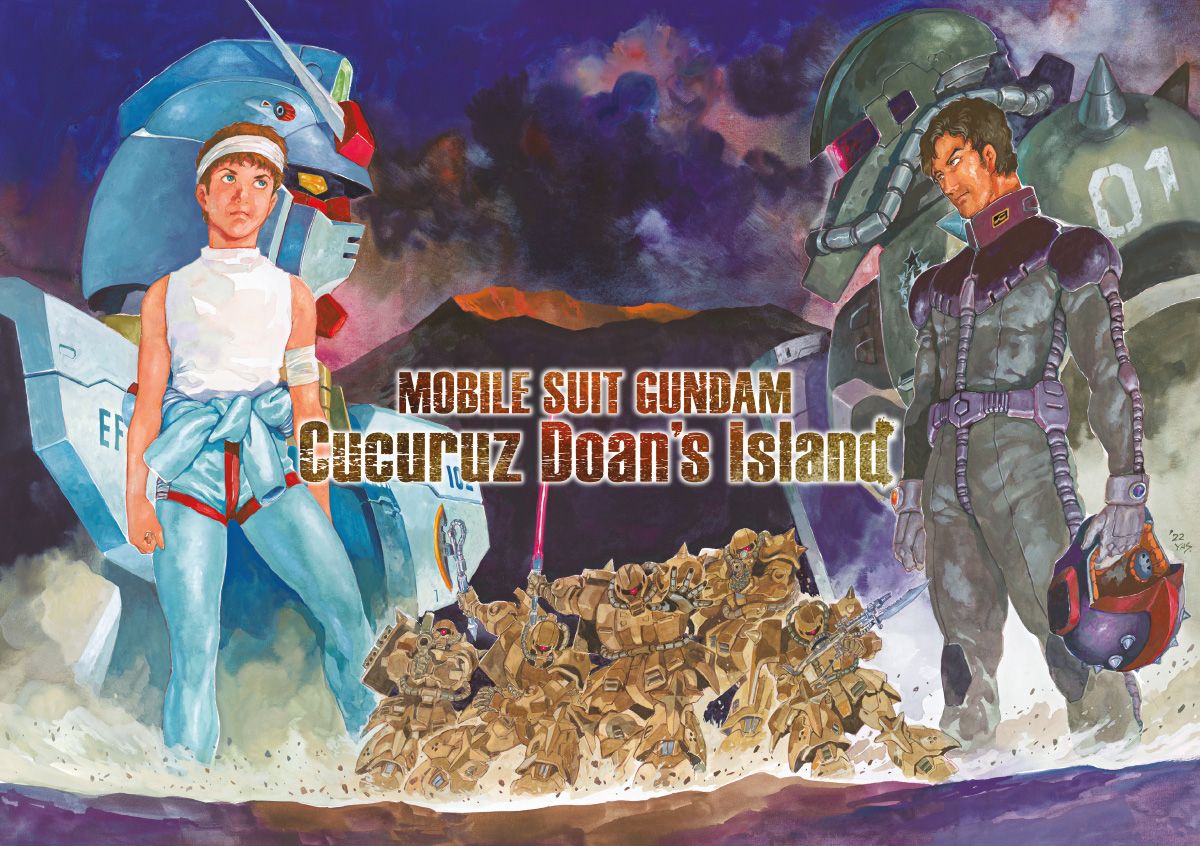 Released on June 3 at the film, the film Mobile Suit Gundam: Cucuruz Doan’s Island (or Kidō Senshi Gundam: Cucuruz Doan no Shima) adapts episode 15 of the very first Gundam series, an episode that is not distributed internationally. Yoshikazu Yasuhko serves as director and original character designer on the film. IM Ka Hee the shoulder to the realization and Tsukasa Kotobuki on character design, while the screenplay is written by Toshizō Nemoto.

Remember that Yasuhiko is one of the most important artists of Gundam: In addition to having been the character-designer and the animation director of the original series Mobile Suit Gundamhe was also involved in the characters of Zeta Gundam and Gundam F91and contributed to those of Gundam ZZ. Also a mangaka, a real childhood dream, he launched the manga Mobile Suit Gundam: The Origin in 2001, a 24-volume series retracing the events of the first series, bringing a long flashback to the origins of war and mythical character of Char Aznable. In 2015, he himself directed the adaptation of this segment in the form of 6 OVAs, for which he also provided character design. In 2019, these episodes are cut to form a television series named Mobile Suit Gundam: The Origin – Advent of the Red Comet.

Synopsis of the movie:

While its headquarters are under regular bombardment, the Terran Federation orchestrates a vast counter-offensive to capture Odessa, headquarters of the invading forces of the Duchy of Zeon. In a final respite from this operation, Amuro and the White Base crew headed to Belfast for supplies. But along the way, they are charged with a crucial mission: to eliminate the enemy troops hidden on a tiny desert island. Going in search of these sleeper agents, Amuro however makes an unexpected find: a handful of children and a Zaku. Deprived of his Gundam, he meets a man there, the mysterious Cucuruz Doan. What secrets will Amuro discover on this island, and above all… will he manage to escape?