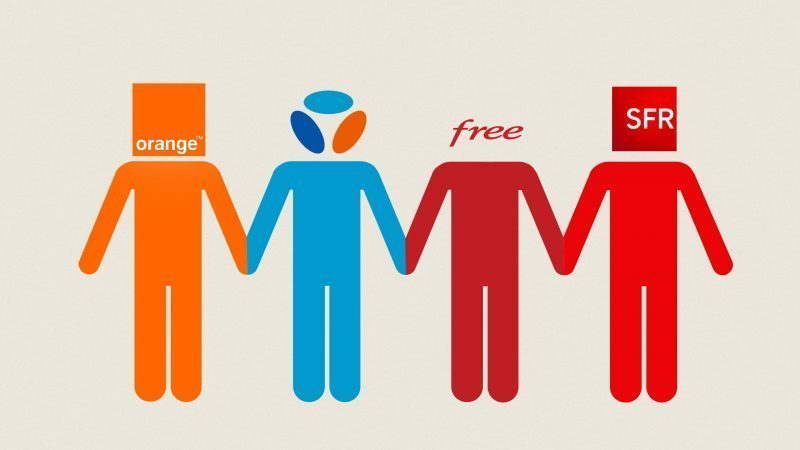 nPerf has just unveiled its barometer of mobile Internet connections in mainland France for the year 2022. If the alternative operators are quite close to each other, all technologies combined, Orange retains its leadership.

Which operator offers the best performing mobile network? A new edition of the nPerf 2G/3G/4G/5G speedtest tool barometer has been published for the whole of 2022, presenting the strengths and weaknesses of each operator according to the technologies studied. If once again, 5G was able to help operators’ network performance, the impact was still less than in the first half of last year, says nPerf. “Indeed, just on the overall downstream speed including all the technologies and all operators combined, we went from 58.75 Mbps to 84.01 Mbps an increase of 43%, that’s considerable!“

So over the past year, “Orange remains unbeatable. Since nPerf published its barometers, Orange has always been first! The operator is the only one to cross the 90,000 nPoints mark (92,088 nPoints), the performance of the incumbent operator are above those of its competitors, particularly in terms of speed descending (96.90 Mbps), only Free manages to get closer (87.39 Mbps)“. However, the gaps are gradually narrowing explains nPerf, who indicates that the other three operators are in ambush and wonders: “Will 2023 see Orange lose its throne for nearly 10 years?“

Operators are in fact ranked by scores based on the overall performance of their networks and there is a slight increase for each operator with the exception of Orange, which remains at the same level compared to the first half of 2022. The ranking remains virtually unchanged, SFR and Bouygues Telecom battling for second place a few points apart and Free Mobile not far behind.

As a reminder, the nPerf study on the quality of mobile Internet is based on one of the largest bases of data of crowdsourced tests from France. These tests are intended to reflect the actual experience by end users on the different operators. The nPerf barometer is based exclusively on tests carried out by the general public. To avoid any bias in the study, relevance filters are applied to these tests, so that the study covers a total of 1,203,476 throughput testing, 514,067 testing navigation and 478,941 YouTube streaming tests

Focus on speeds: Orange still in the lead across all technologies, Free Mobile remains in second place

The incumbent operator retains its place on the throne on five of the six indicators put forward by nPerf in its study, including obviously the upload and download speeds by combining the 2G/3G/4G and 5G tests. The incumbent operator’s subscribers thus access an average download speed of 96.90 Mbps. On downloads, Free Mobile for its part retains its challenger status with 87.39 Mbps download on average ahead of SFR (78.46 Mbps) and Bouygues Telecom (65.88 Mbps).

The increase in download speed is substantial for the four providers (+43% on average in one year), especially for Free and SFR, which respectively show +24 Mbps and +29 Mbps. Orange and Free, however, slowed their progress during the second half of 2022, we learned.

In terms of uplink speeds, Free Mobile is however the least efficient, offering 10.08 Mbps against 13.10 Mbps at Orange. Xavier Niel’s operator is thus overtaken by SFR (11.38 Mbps) and Bouygues Telecom (12.55 Mbps).

As for the overall browsing experience, while Orange is ahead overall with a success rate of 74.54% for displaying a web page in less than 10 seconds, the three other operators offer substantially equivalent results. . The only point where the incumbent is ahead is latency, where Bouygues Telecom is first with an average response time of 34.11 ms, against 35.29 for the incumbent. SFR offers an average latency of 34.96 ms all technologies combined and Free Mobile remains last with 43.02 ms.

Focus on 5G: the greatest coverage, but the lowest score for Free Mobile

“Free clearly stands out from its competitors in terms of 5G presence in the territory. This is quite easily explained by the fact that 5G tests require, in addition to a 5G terminal, a 5G-compatible offer. Free is thus favored, since it is the only one of these four operators to offer basic 5G on its offers” recognizes nPerf. The strategy of Xavier Niel’s operator to use the 700 MHz band is also an important factor in the number of tests carried out in 5G, since this frequency band covers more surface than those used by the competition. However, these low frequencies result in less performance and it shows in the barometer.

Indeed, Orange, SFR and Bouygues Telecom are thus ranked ex-aeqo in terms of performance on 5G and Free Mobile is clearly behind in terms of performance recorded on the nPerf application. If Orange provided the best average download speed in 5G with 339.95 Mbps, Free Mobile and Bouygues “show impressive improvements compared to their 2021 level. The only one to fall back is SFR (-43 Mbps) which nevertheless retains its second” explains the study. Despite this progress, Free Mobile remains last with 183.83 Mbps on average in 5G, while Bouygues Telecom posts an average download of 202.50 Mbps.

Bouygues Telecom stands out on the new generation of mobile telephony by being the first in terms of upload and latency. On this last point and despite a lower performance, Free Mobile is the only operator to have evolved positively compared to 2021. SFR, Orange and Bouygues Telecom offer substantially equivalent performance and “we could possibly see a slight difference in quality if we use the mobile network of Free“, explains nPerf. On streaming, Bouygues Telecom and Orange provided the best performance, SFR is a little below and Free picks up significantly, with a success rate of less than 89%.

nPerf again asserts that “unlike other publications which could be based on the display of the 5G logo, nPerf only retains the tests actually carried out in 5G and on the Android platform“. The choice of Android is justified by the speedtest tool by the 5G detection methodology is not communicated by Apple. 210,827 tests were analyzed to arrive at these results.

Mobile connection: Orange still the leader in 2022, Free Mobile neck and neck with SFR and Bouygues but last on 5G