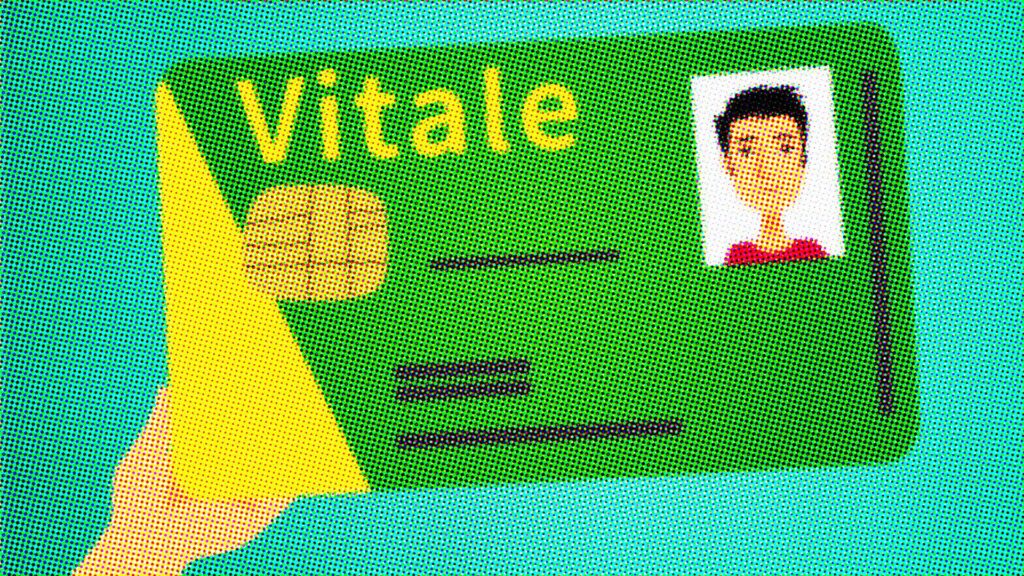 By 2026, the vital card will be available in the form of a mobile application. An experiment is already underway. This is what you need to remember about this health insurance e-card before its generalization.

From wallet to smartphone

Since 1998, it has been in almost every wallet, in the form of a small plastic rectangle. More than 20 years later, it is taking the path of dematerialization: the government has launched a project to decline the vital card in the form of a mobile applicationwhich will be available on Android and iOS.

This project is already a few years old. Agnès Buzyn, the Minister of Health at the time, kicked it off in the spring of 2019 by presenting the government’s digital and health roadmap. Since then, the subject had been delayed. The sketched schedule could not be kept. In addition, the ministry had other fish to fry in 2020 with the coronavirus pandemic.

Three and a half years later, the implementation of this application is back in the spotlight. A decree issued on December 28, 2022 by the Ministry of Healthnow headed by François Braun, was published in the Official Journal on the 30th. It sets the deployment schedule, the personal data that the application can handle and the general operating rules.

When should the mobile application for the vital card be released?

In its article 4, the decree requires that this mobile application dedicated to the vital card be made available “ no later than December 31, 2025 “. Everyone will therefore in principle have access to this new software in 2026. However, the decree leaves the door open to an earlier launch. Several provisions of the decree come into force on various dates, starting on January 1, 2023.

The government appears confident about the success of this program since, notes the site Public Actorsthe executive’s flight plan is already fixed even though the experimentation ” is not over “. The National Commission for Computing and Liberties (Cnil) also regrets it, reports journalist Emile Marzolf in early January.

On the site of theHealth Insuranceit is indicated that an experiment arising from a decree of 2019 authorizes the provision of an application for several health insurance funds. The experiment was originally scheduled to end on December 31, 2022. However, the new decree of last month authorizes, for the people who wish it, to continue the test.

Which health insurance funds are affected by the test?

The 2019 decree mentions the following areas:

The 2019 list differs somewhat from that given by Assurance Maladie, which does not mention Gironde, Nord, Paris and Hérault in a June 2022 update. But, according to Free lunchthe process was tested in two departments, the Rhône and the Alpes Maritimes.

Will the mobile application of the vital card be compulsory?

No. In any case, not on a short or even medium-term horizon. L’Assurance Maladie speaks of an upcoming cohabitation between the classic card, which will continue to exist, and the mobile application. It will be a dematerialized alternative, similar to what we can see in transport (paper tickets alongside digital passes and tickets).

This coexistence makes it possible to avoid sidelining people who do not have a smartphone (more than one in ten people according to the 2021 digital barometer conducted by Crédoc). They could therefore not download the app on an iPhone or Android smartphone. Nevertheless, it is true that this proportion continues to decline year after year.

In the long term, the existence of the vital card in the form of a small rectangle of plastic will certainly arise. But, given the difficulties that part of the population may have with digital technology – illectronism affects a few million people, to varying degrees -, maintaining a vital card in its classic form will be essential. for years.

Why launch an e-health insurance card?

The Minister of Health Agnès Buzyn justified this development by a sociological reality: a large majority of the population has a smartphone and a good part of their daily life is controlled by this device – emails, bank account, administrative procedures, purchases, etc. . In 2018, the Crédoc indicated that 75% of the population has a smartphone. This has since risen to 84%.

The app ” is intended to become the patient identification and authentication tool in the healthcare system “, judged the Ministry of Health at the time. This movement is general: it is also found in the income statement, which in practice is no longer done on paper at all — except for very specific cases. For others, everything is done online.

What will it contain?

The map contains the following information:

Just like passports and news national identity cards, the vital card could one day have a module for storing biometric data. That is, physical characteristics of the cardholder — such as a scanned photo of the person and some fingerprints from their fingers.

As part of this future application, it is planned to compare the photograph of the holder’s proof of identity to a shot taken by his smartphone. The two images are then compared using biometric templates. These must then be deleted no later than 96 hours after the activation of the vital card application.

The subject of the biometric vital card returned during the summer of 2022 with the amending finance law for 2022. In this, the parliamentarians obtained the establishment of a credit line of 20 million euros to enable the implementation of a biometric vital card system. A site that could end up crossing that of the mobile application, in the long term.

The mobile application as it is currently envisaged does not plan to include biometric data apart from the photo of the holder (like the one found on the front of the cards). There is no question of adding fingerprints. But, in the event of the arrival of a biometric vital card, this could end up being essential.

Supported by right-wing senators, this perspective is justified by a fraud that would be considerable: “ by choosing the lowest estimate of supernumerary vital cards in circulation, i.e. 2 million cards, it can be estimated that the fraud could reach up to 6 billion euros “. The high range would even reach 5.3 million cards.

However, these assessments are widely decried. As the journalist Vincent Granier specializing in health topics pointed out this summer, the extent of this fraud ” has never been demonstrated » and is only « very little documented “. There would be far fewer supernumerary vital cards – and the figure of 6 billion frauds is considered fanciful.

Mobile application of the vital card: what you need to know before your arrival