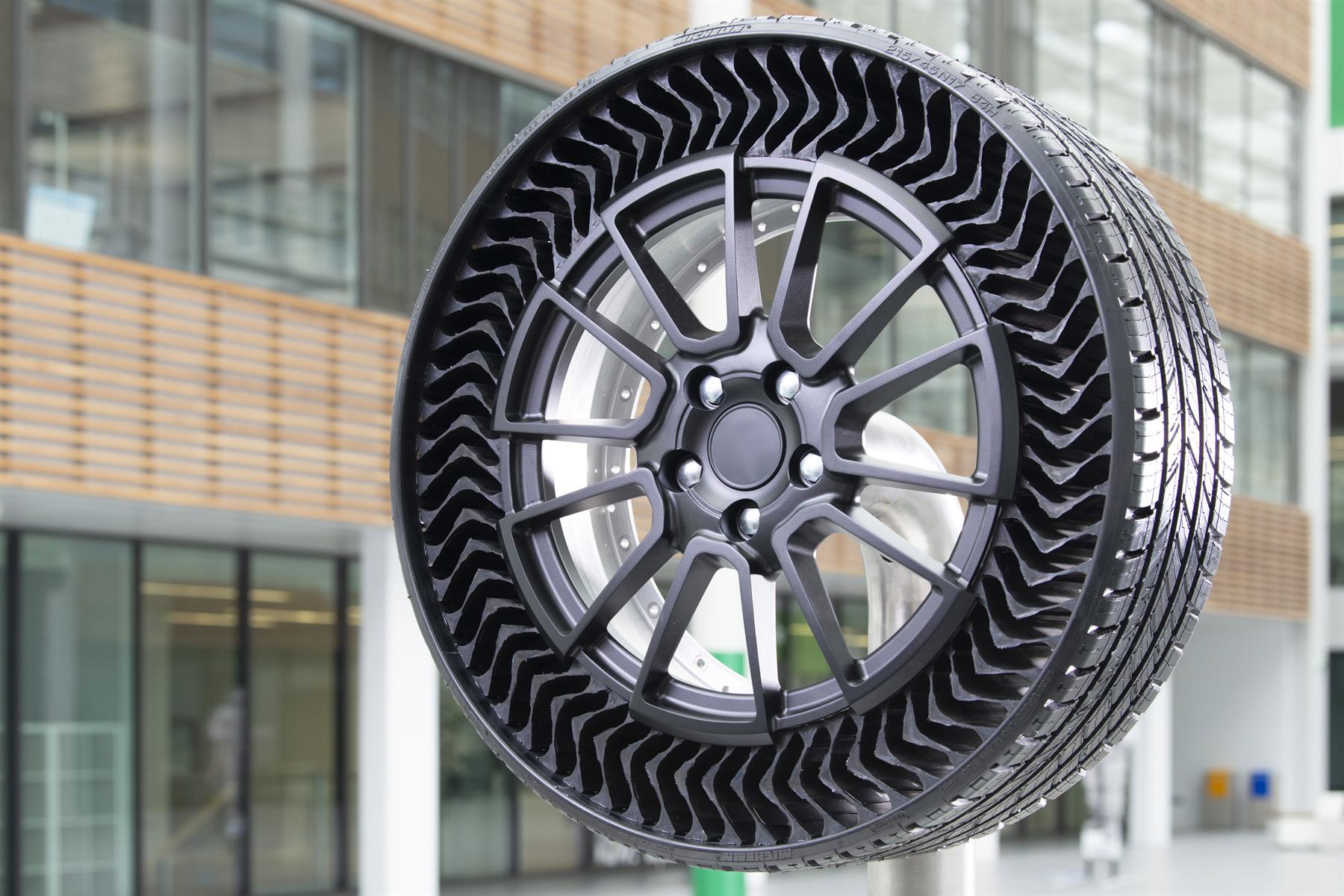 For several years, Michelin and Goodyear have been engaged in a fierce battle, the object of which is none other than the development of airless tires. And for the time being, it is the French equipment manufacturer which seems to have taken a bit of a lead with its Uptis which are hitting the roads.

Today, everything is done to limit pollution from the automotive industry. In addition to the ban in 2035 of thea sale of thermal cars in Europesignificant work is being done on engines, which are increasingly virtuous thanks to innovations such as synthetic fuel. But many other aspects must be taken into account. Starting with the tires, the wear of which would also be more polluting than the exhaust gases, as claimed by an Emissions Analytics study. Moreover, their recycling is also energy-intensive, as is their production.

Fortunately, there is a way to reduce the ecological impact of these indispensable elements. In particular, this involves the development of airless tires. While 20% of tires are currently destroyed prematurely due to punctures and other defects, this solution would allow according to Michelin to save 200 million tires per year, the equivalent of 2 million tons of materials. According to the ministry of ecological transition59 million tires are produced each year in France.

Waging a fierce war with Goodyear, the French equipment manufacturer already markets a airless system dedicated to bicycles, dubbed X Tweel. But while the company announced the marketing of its Uptis (Unique Punctureproof Tire System) designed for use in the automotive industry between 2025 and 2028the first copies have just arrived on the roads.

In effect, Michelin recently signed a partnership with DHL, to supply Uptis airless tires to the carrier’s fleet as part of a trial taking place in Singapore. This pilot program started on January 10 with a few trucks, to reach the 50 vans equipped by the end of 2023. The equipment manufacturer specifies that these full-scale tests began a year ahead of the initial program.

These trucks will then be responsible for making last mile deliveries, and will then help the company to complete the development of its puncture-proof airless tires. As a reminder, this began in 2005, while the realization of these sixteen years of work was formalized in 2021, then equipping a Mini Cooper SE 100% electric.

A clever and more ecological idea

With this experimentation in real conditions, Michelin took a good lead over its rival, Goodyear. The company is also developing its own airless tire, installed for the first time in 2021 on a Tesla Model 3.

Both solutions have a similar operation, since they are composed ofa tubeless structure, which therefore requires no filling and which cannot be pierced. The properties would then be identical to those of a standard tyre, as would their efficiency. The air is then simply replaced by an innovative structure making it possible to support the weight of the vehicle while guaranteeing comfort and safety. 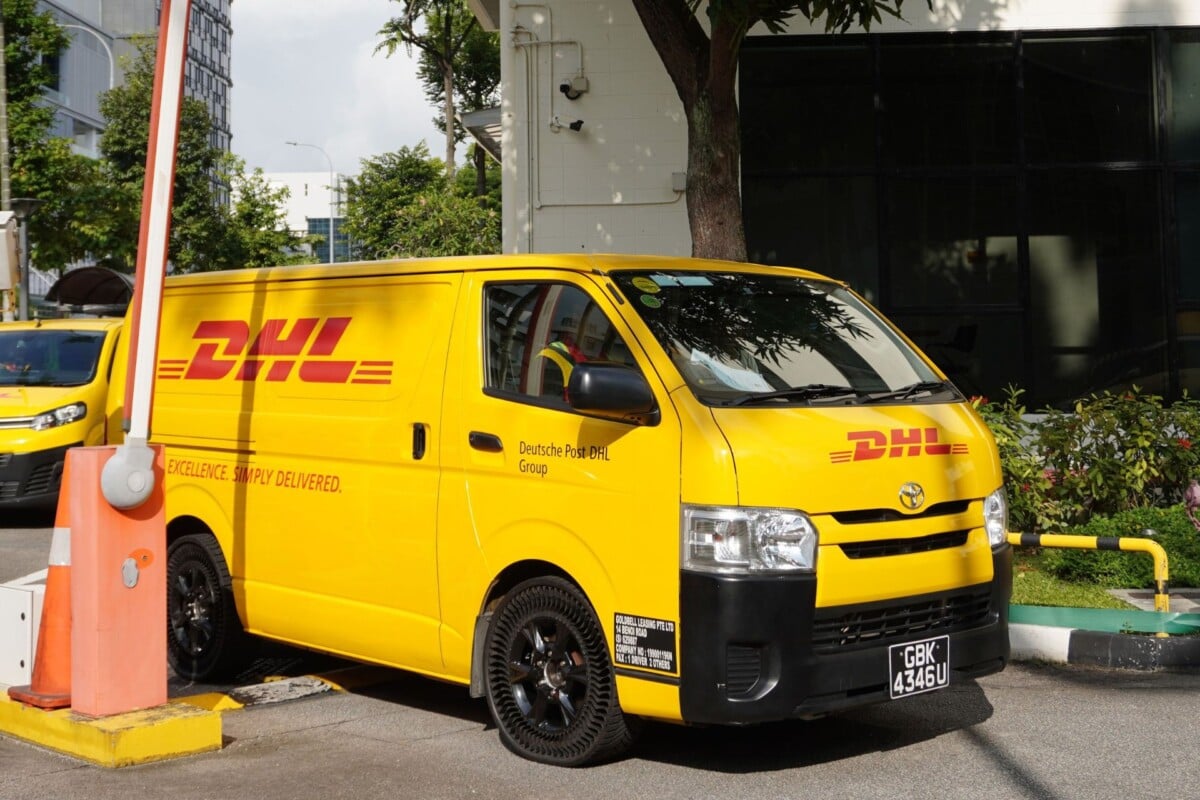 On the other hand, it will most likely require specific wheels to install these tires, but nothing has been detailed on this subject yet. Developed in partnership with General Motors, the Michelin Uptis, as well as the Goodyear solution offer many advantages. Because if they cost more to produce, and they will therefore logically be more expensive to buy, their use should be more economical.

This will particularly benefit the fleets of companies such as DHL, which could then achieve significant savings by reducing punctures and therefore the frequency of tire replacement. Not to mention the waste thus avoided, as well as safety concerns related to incorrect pressure.

Where the American manufacturer stands out from its French rival is the massive use of recycled materials, since its innovative rubber is made up of 90%, against only 45% for Michelin. But beware, these two cases are conventional tires, using air.

Goodyear has just unveiled a new tire made from 90% recycled materials. For its part, the manufacturer Michelin does not go as far, but it recently presented two new tires, one for…
Read more