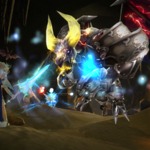 TAIPEI, Taiwan–(BUSINESS WIRE)–GensoKishi Online -Meta World- is developed under the license of the famous Japanese 3D MMO title “Elemental Knights Online”. This iconic game, which is celebrating its 14th anniversary, has been downloaded more than 8 million times in total around the world. It already offers a 3D MMORPG game that has active users as well as a fully operational 3D metaverse simultaneously connecting users around the world, whether on smartphone, PC or video game console. 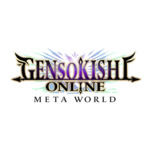 The game has recently announcement his collaboration with video game legend, Yoshitaka Amano, to design his collection of NFTs.

Since the release of GensoKishi’s website and many social media channels on December 2, 2021, GensoKishi has reached several records nowadays. The GensoKishi governance token is currently 50 times higher than the initial listing price of Bybit, the first marketplace to list the MV token.

All Closed Alpha participants will receive a limited-edition NFT to commemorate their participation in the testing phase.

During the closed alpha testing phase, an item titled “Alpha Hunter’s Certificate” will be issued at a certain probability rate when players defeat monsters during gameplay.

How do I participate in the Closed Alpha (Bronze) Ticket Lottery?

Please complete the given missions here and submit your application via the registration form.

*Please note that no applications will be accepted after the closing date of the registration period.

*Please note that the ticket distribution date is subject to change.

The exact schedule will be announced later.