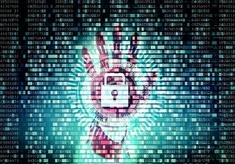 In order to better protect children against violent or pornographic content on the Internet, the law aimed at strengthening parental control over the means of access to the Internet provides for several measures intended to facilitate the use of control devices by parents. The law requires manufacturers to install this device on devices connected to the Internet. Today, only 46% of parents say they have implemented solutions for monitoring their child’s digital activity.

The personal data of minors collected or generated during the activation of this device must not, including after the majority of young people, be used for commercial purposes, such as direct marketing, profiling and targeted advertising on the behavior.

Manufacturers will need to ensure that the operating systems installed on their devices include this control software. Importers, distributors and traders selling used devices must verify that the products are certified by the manufacturers.

These new obligations imposed on manufacturers and distributors will be controlled by the National Frequency Agency, which may impose sanctions. Non-compliant equipment or equipment presenting a risk may be prohibited from being placed on the market or withdrawn by a ministerial decree.

To know : The entry into force of this law published in Official newspaper of March 3, 2022 will be fixed by decree after receipt of the response from the European Commission allowing the text to be considered as compliant with European Union law.

In order to ensure a minimum standard common to all manufacturers, a decree taken on the advice of the National Commission for Computing and Liberties (Cnil) will specify this system: conditions for certification of the parental control system, awareness of the risks associated with early exposure to screens, filtering of content, establishment of black and white lists of websites or applications, profiles by age, filtering of personal data that may be sent by the child to a third party.