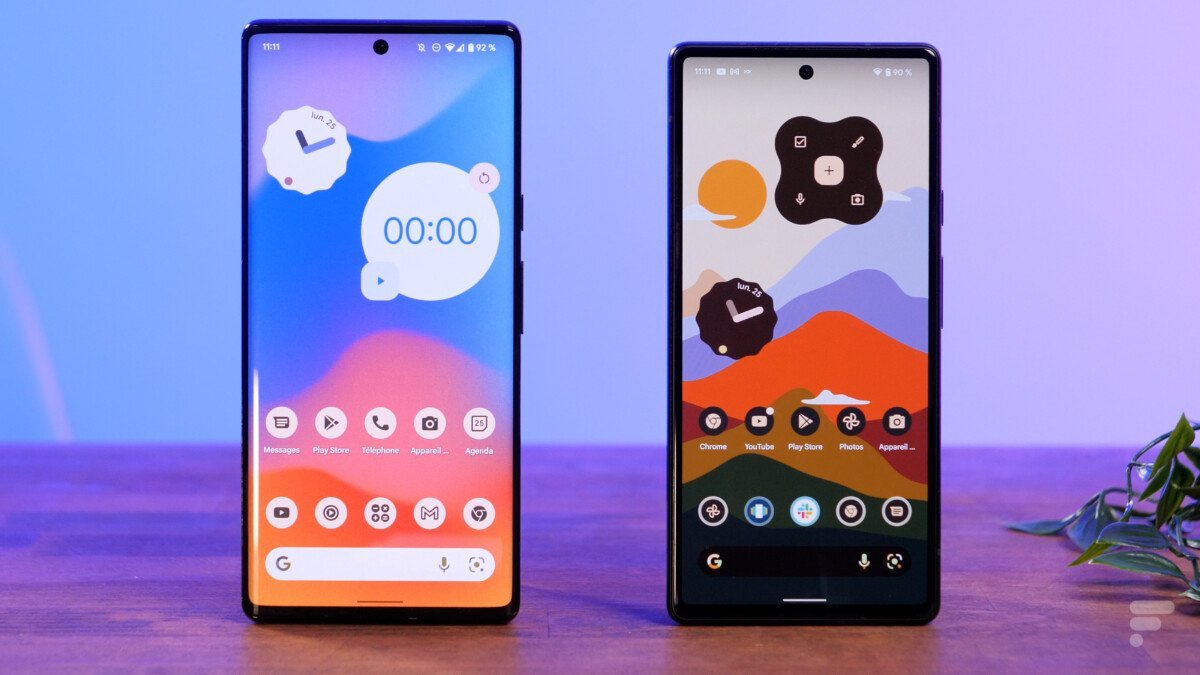 The Pixel 6 and Pixel 6 Pro are the best smartphones Google has ever built. In addition to a muscular technical sheet, both benefit from regular updates, and this for many more years. They are currently 100 euros cheaper at Fnac.

The Pixel 6 and Pixel 6 Pro are the spearheads of Google for the current year, and the firm does not intend to relegate them to the closet anytime soon. Google applies a generous update policy, which allows both to offer new features, but also to extend the life of its smartphones.

So when the Pixel 6 and Pixel 6 Pro drop 100 euros on their original price (which was already an excellent longevity-price ratio), it’s time to crack. Until the end of June, you will indeed see their price drop to 549 and 799 euros respectively thanks to Fnac.

The Google Pixel 6 are the first smartphones from the manufacturer to be powered by an in-house chip: the Google Tensor. A great step forward, which allows the Mountain View firm to be both in control of the hardware and software of its phones.

About the software, precisely: every 3 months, the Google Pixel 6 receive an important update, called Pixel Feature Drop. It is thanks to the latter that Google smartphones can take advantage of all new software features. In the last batch of March, we found for example the possibility of using the night mode directly on Snapchat, or the arrival of new compatible languages ​​(including French) for the Live Translate function. This application translates conversations in several languages ​​on the fly. This is a tool that travelers will be happy to use.

During a live that took place on the Fnac site, the youtuber Mr. GRrr also returned in detail to these new features. The replay is available on the Fnac pages of the Google Pixel 6 and 6 Pro.

A Pixel made to last

This new in-house chip from Google also considerably extends the life of the Pixel 6. The manufacturer is committed to offering three major Android updates to its Pixel 6. Which means that they will know Android 15, while they are currently running Android 12. They will also receive 5 years of security updates, which is until the end of 2026.

Especially since the technical sheet of the Pixel 6 has plenty to satisfy you for many years. The Google Tensor processor offers solid performance, the OLED screens (90 Hz or 120 Hz depending on the model) are of excellent quality, and the photo part is impressive. Google’s image processing has that “je ne sais quoi” that gives Pixel 6s unique shots. The photos are detailed, the colorimetric accuracy is there and the contrasts are perfectly mastered. In short, it’s an excellent photophone that will be far from being surpassed in the next few years.

Until the end of June, the Google Pixel 6 and Pixel 6 Pro each benefit from a discount of 100 euros on their original price. The Pixel 6 thus goes to 549 euros, while the Pixel 6 Pro drops to 799 euros. A considerable price drop, for two of the most recommendable smartphones of 2022.

Both rated 9 out of 10 by Frandroid’s editorial staff, the Pixel 6s stand out thanks to a few differences in their technical sheets:

Both, however, take advantage of the Google Tensor in-house chip. Each of the Pixel 6 offers the same performance, and therefore the same longevity. In short, minimal investment, maximum durability, whatever your final choice.

Lower prices and added features: it’s a good time to treat yourself to one of the Google Pixel 6