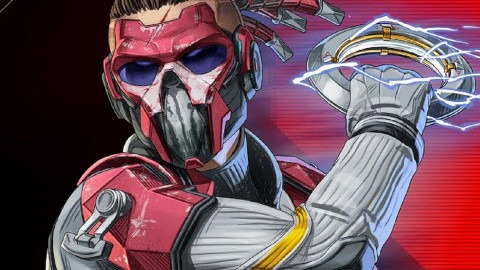 The mobile version of Apex Legends is finally available! To celebrate, the title shares a new trailer with us as well as an unexpected little surprise.

When announcingApex Legends Mobile, players were disappointed to learn that there will not be all the Legends in this new version, but that there will simply be a total of nine heroes out of the 21 present in the PC and console versions, namely Bangalore , Bloodhound, Caustic, Gibraltar, Lifeline, Mirage, Octane, Pathfinder and Wraith. Today, when free-to-play is finally available on iOS and Android in our region, we discover that the game has the right to a new hero, the so-called Fade.

Why is this brand new hero exclusive to Apex Legends Mobile? The reason is simple: according to Jordan Patz, the game’s design director, Fade has been specially designed to be played on smartphones and tablets. That’s because Fade’s “Passive”, “Tactical”, and “Ultimate” skills fit into a fast-paced style of play that Respawn says is totally mobile-friendly.

But who is Fade?

Fade is a variant of Wraith according to the developers, one of the heroines that were available when Apex Legends launched in 2019. He is described as “an extremely aggressive mobile fighter” which notably uses the passive ability Slipstream, a feature that allows our new Legend to move quickly for a short time after slipping. The tactical ability, namely Flashback, allows you to rewind Fade’s own actions to reappear in more strategic places. According to Jordan Patz, “this ability was created to give less skilled players the chance to get out of a bad situation” and for more experienced players to “scoop enemies”.

To finish, the ultimate ability named Phase Chamber is defined as “offensive and defensive”, just that. With the latter, it is notably possible to throw stasis grenades which prevent an enemy player from inflicting or receiving damage. Once again, neophytes will be able to use these famous grenades to get out of a perilous situation, when others can use them for strategic purposes.

This ability is designed to help players protect themselves from bad situations (…) or temporarily isolate a member of a team so that they can attack their teammates.

We also learn that Phase Chambers can also be used on teammates – ideal for putting them out of danger for a while – or on oneself to benefit from a movement speed bonus.

The developers of Apex Legends Mobile have also taken advantage of the arrival of the game on our territory to specify once again that this new version is independent of the one available on PC and consoles. In other words, it will be impossible for mobile players to join a game of a PC player and vice versa. Note also that Apex Legends Mobile will not share its saves with other platforms and that its seasons will be different.

Moreover, this difference is first observed by the different game modes present in Apex Legends Mobile. Yes, in addition to the Battle Royale mode which allows 60 players to compete and the Arena mode which offers 3 against 3, Apex Legends Mobile comes with a brand new Deathmatch mode. This new mode, divided into two variants (Clash and Deathmatch), is an unprecedented proposal that allows two teams of six players to compete.

Apex Legends: our guides and tips